[UPDATE:9/4/19] As it turns out, not all Sabahans and Sarawakians supported the move to amend Article 1(2) of the Federal Constitution. Recently, Gabungan Parti Sarawak (GPS) lawmakers’ attempted to block the Bill to amend the Constitution because the proposed amendments didn’t include the rights that they are probably entitled to. Wait, what kinda rights are we talking about?

You may wanna read this article to know more about Sabahans and Sarawakians’ demands but if you’ve read it already, then you can proceed to conclusion where we update the possibility of making this amendment. 🙂

Just recently, the Cabinet has agreed to amend Article 1(2) of the Federal Constitution which states that Sabah and Sarawak are states under Malaysia. This move was done to restore these Borneo states as equal partners with Peninsular Malaysia.

OK, so let’s just start by saying that it doesn’t mean Sabah and Sarawak are not a part of Malaysia! But to understand why they don’t just want to be recognised as ‘states’, we need to go back to 1963 when the Malaysia Agreement 1963 (MA63) happened.

Leading up to 1963, Sabah and Sarawak were shopping around for a country to join

Back in school, we were taught that Sabah and Sarawak joined Malaysia to seek independence, right? Well, ditch that fact faaaaar away because it may not be accurate.

When Sabah and Sarawak sought independence, these states had thought of the idea of joining other countries, including Indonesia. To attract them towards forming Malaysia, these states together with Singapore, Tanah Melayu and the British signed MA63, an international treaty registered under the United Nations. One of the things that made the alliance attractive was that Sabah and Sarawak were known as equal partners with Tanah Melayu (Peninsular Malaysia). However, as years went by, this situation is seen to have changed.

Both Sabah and Sarawak are arguing that they currently have the same rights as any other state like Johor or Selangor, but they should have equal rights to the WHOLE of Peninsular combined – e.g. electoral seats, development budgets and so forth. This is what the government is talking about, when they say that to equate the scales, Sabah and Sarawak are no longer to be considered ‘states’.

However, the MA63 agreement and thus Sabah and Sarawak’s demands go way beyond just budgets and voting rights. So being the social media savvy journalists we claim to be, we did some pretty heavy research into what was promised, what the current situation is, what Sabah and Sarawak still want, and of course, what the gomen is considering giving. Oh and here’s a simplified infographic cheatsheet. *Since S’pore is no longer in Malaysia, the loan for Sabah and Sarawak’s development didn’t happen.

Juuuuust in case you want more detail (OMG), here’s a more detailed rundown of the items above. For all three of you!

Mention the word oil and you may think of Petronas. But didja know that out of all natural resources Sabah and Sarawak have, they are among the largest producers of oil?? More than half (60%) of Malaysia’s oil reportedly are from them! Wah, doesn’t that make them among the richest states in Malaysia?

Well, not really. Although they’re among the largest producers of oil, both states are said to be among the poorest states in Malaysia with Sabah being the second poorest state after Kelantan. That is probably because both states weren’t paid their royalties according to MA63 and the Federal Constitution. But how did that happen?? Well, this is cos the revenue agreement was supposed to be reviewed 10 years after it was signed but that didn’t happen. 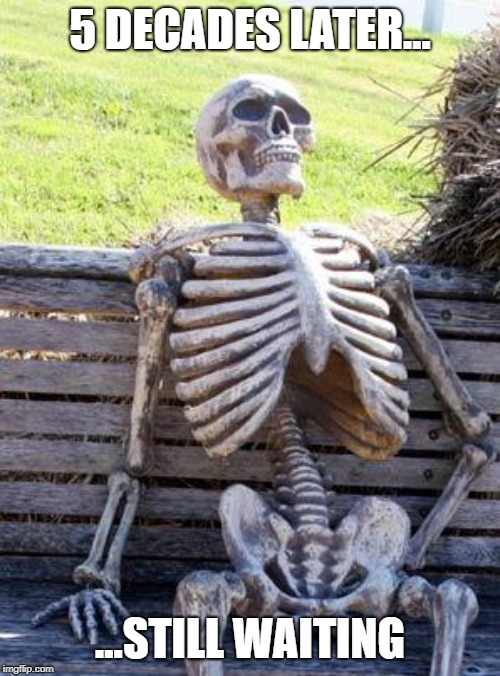 Pretty sure both states grew tired of waiting.

What took place, however, was the Petroleum Development Act (PDA) which was passed in 1974. This made Petronas the sole and exclusive ownership over the country’s oil including the ones from Sabah and Sarawak. Consequently, this act has caused Sabah and Sarawak to only receive 5% of oil royalty each while Petronas reportedly pays a ‘special dividend’ of RM30bil to the Federal govt.

And it didn’t help that, according to Sabah rights activist, Zainnal Ajamain, Sabah and Sarawak has been developing based on policies set by Kuala Lumpur and not by themselves.

“Based on those policies, Kuala Lumpur will allocate us our funding even though the money came from us in the first place, through our oil and gas, timber and our income tax.” – Zainnal told The Star.

For instance, the govt has allocated development funds of RM5bil and RM4.3bil for Sabah and Sarawak respectively in the Budget 2019. Zainnal stated that the budget was an insult to Sabah and Sarawak.

“I was hoping these words (equal partners) would be translated into a fairer budget, with Sabah and Sarawak getting fair amounts to reflect their status in the federation.” – Zainnal for FMT.

An image circulating on Facebook comparing Sabah and Sarawak’s budget to Peninsular Malaysia’s may look as though it supports Zainnal’s statement. However, that image is said to be fake. #realfakenewsmalaysia According to Bandar Kuching MP, Dr Kelvin Yii Lee Wuen, the actual amount of development fund is RM54.7bil. Although he pointed out that Sarawak receives other allocations as well such as the initiatives for the B40 community, he also pointed out how this budget isn’t exactly an ‘adequate budget’.

So, it probably makes sense when Sabah and Sarawak demanded all those things listed in the table. Being equal partners with Peninsular Malaysia would also mean both states may be able to control their own taxes and finances just like Scotland.

The govt, on the contrary, is currently working on a revenue-sharing formula wtih Sabah and Sarawak but that may only be implemented next year la. Besides that, it has also made some promises in its election manifesto like raising the oil royalty to 20% for all oil-producing states and decentralising the federation’s fiscal administration system. When this happen, Sabah and Sarawak may be able to use up to 50% of the tax revenue on the development needs such as education and healthcare.

NAH, BACA:
5 possible reasons why Msians are the FATTEST people in Asia

2. Sabah wants its own Education Ministry??

Yeap, it was reported that Sabah wants to set up a state education ministry to implement a new education system. Nope, nothing’s wrong with the current national education system. Sabah just wanted its own system to complement the current one. Sarawak, on the contrary, wants the Unified Examination Certificate Senior Middle (UEC) examination to be recognised.

But there may be other reasons too la. Earlier we mentioned that the things we learn about the formation of Malaysia may not be accurate. Well, that’s not the only thing that isn’t accurate. Apparently, there are some other information on Sabah and Sarawak in our school textbooks or workbooks that may not be accurate like this… 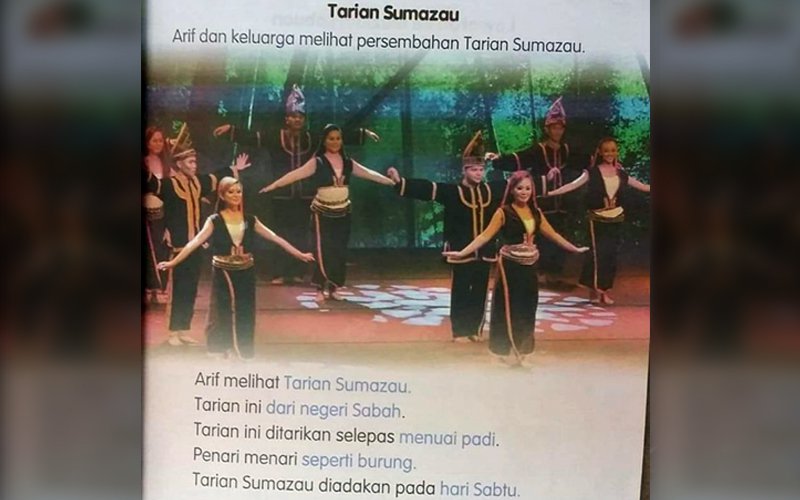 Pretty sure the Kadazan peeps don’t dance Sumazau on Saturdays ONLY. Img from FMT Err… no gais. The park doesn’t have orangutans in it! Img from FMT

But, fret not, the govt allocated Sabah and Sarawak RM1bil each to upgrade dilapidated schools. In fact, the 2019 Education Budget is mostly focusing on repairing schools especially in Sabah and Sarawak.

3. Sabah & Sarawak have a few special ‘powers’ but less than what was promised.

Well, unlike the states in Peninsular Malaysia, MA63 gives Sabah and Sarawak extra autonomy to make decisions such as determining its official religion and language. The website stated that Islam is the official religion in Sarawak. Img from MalayMail

But the Sarawak govt was quick to remove it a day later: However, that’s not the only issue faced in Sarawak. Sometime last year, there was a case where four Sarawakians weren’t able to convert out of Islam (apostasy) that sparked a debate in Sarawak. Some were a bit disappointed with the ruling as it didn’t reflect freedom of religion in that state. The Federal Court reportedly decided that the case of apostasy of four Sarawakians should be heard in syariah court instead of the civil court.

Speaking of courts, Sabah and Sarawak are unique in a sense that it’s official language isn’t just Malay. English is said to be used in High Courts in Sabah and Sarawak. In addition, native languages are used in the Native Courts or for any Native Law and Customs.

Besides language and religion, Sabah and Sarawak also have control over who comes into their states. This is cos both states have their own immigration law. So, anyone who wants to work or live there may need a permit while those who wants to make a short visit there may need to apply a 90-day visa.

While this can happen thanks to MA63, we also found out that…

4. …it may have been illegal to turn Sabah and Sarawak into ‘states’

And that’s cos anything under MA63 can only be changed with the consent of all parties that signed the agreement. This means that the Federal Constitution would have to be amended according to this agreement.

This would also mean that Sabah and Sarawak cannot be ripped off their status as founding members of Malaysia if any of the signatories disagreed with it. Waitamin, does that mean Sabah and Sarawak agreed to this?!

Apparently, Sabah and Sarawak MPs didn’t say anything when the Parliament passed the amendment on the Federal Constitution in 1976.

“The Sabah MPs at the time should have objected. But the state government and our MPs kept quiet. Likewise, Sarawak. So you cannot blame anybody but our MPs and state government at that time.” – Zainnal told The Star.

“They (Sarawak) are able to do some adjustment with regards to sales tax but we can’t do it here in Sabah. So, we need to look into the matter.” – Sabah Chief Minister, Shafie Apdal for FMT.

Dr Mahathir reportedly stated that the govt would need two-thirds of the Parliament to repeal these laws. Sarawak-born Australian lawyer, Robert Pei believed that the Sabah and Sarawak govt will support the Pakatan govt for that purpose.

So… how likely is this to happen?

Although some peeps are excited with the restoration of Sabah and Sarawak’s status, Parti Bersatu Sabah (PBS) president, Datuk Seri Dr Maximus Ongkili, mentioned that it may be a bit too early to celebrate. This may be true since, at the time of writing, there isn’t much deets on this amendment (so we’ll keep ugaiz updated!). 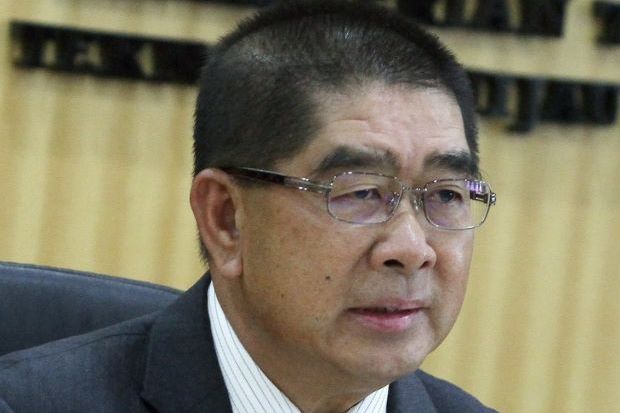 “We cannot simply clap our hands in joy. This matter was also discussed under the previous government’s administration.” – Dr Maximus said to The Star.

In addition, Sabah and Sarawak MPs may need to discuss on whether to support the amendment after they’ve seen the proposed amendment and its content. Dr Maximus also mentioned that the amendment may not mean much until there is a plan to implement the states’ position and stand in Malaysia.

Batang Sadong member of parliament, Datuk Seri Nancy Shukri added that the amendment won’t mean much unless it is backed up by efforts to rapidly develop both states.

[UPDATE] Earlier in the updated intro, we mentioned that GPS attempted to block the Bill from being passed. Despite GPS’s move to do so, the Parliament is currently tabling this amendment. At the time of writing, Subang MP, Wong Chen stated that 148 votes are needed to pass this amendment. We will find out what the outcome is tonight as the voting is expected to happen between 7pm to 10pm. [END OF UPDATE]

It’s been a long road for East Malaysians, AND a long article for our dear readers who are still reading, so to both of you…if you made it this far…. 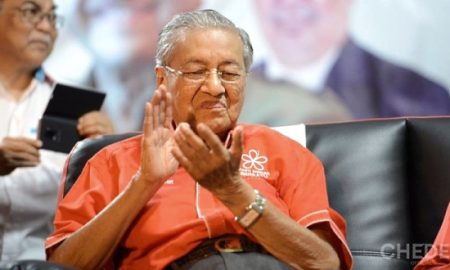