If you’ve ever been to events or press conferences, chances are you have encountered this before… We’re too short to even get a decent photo from this press conference. T.T

And just recently, photojournalists are back in the limelight thanks to this guys’ hilarious attempts to take a photo of a former makeup artist who was allegedly involved in a money laundering case.

It is LEGAL and ETHICAL to pull off those stunts?! :O

Seeing how there are various reactions to this video from those saying that they need friends to take their OOTDs like this to questioning whether that the guy is even a photojournalist and that it seems like he was harassing the accused person, we gotta clarify a few things first:

In Malaysia, there are several places that you can’t simply enter with a DSLR to take photos. Both our interviewees mentioned that unless you have a media pass to show that you’re from a legit news site that is registered with the Jabatan Penerangan Malaysia, then soz gais, places like the court and Parliament are off your limits. 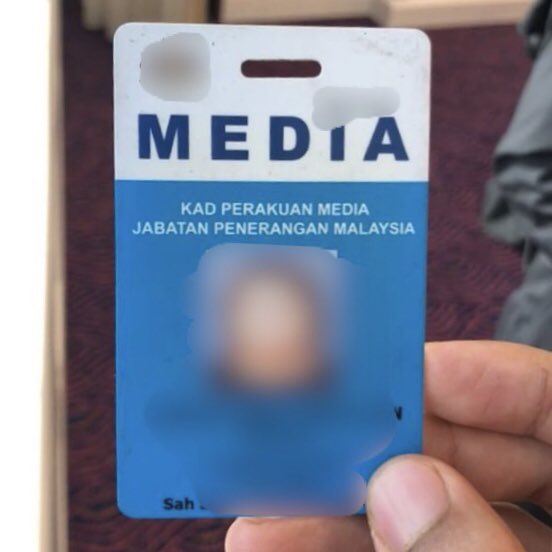 CILIBOSS, when can we get one of these? Img from @twt_fotografi Twitter

But what is a photojournalist, though?

“A photojournalist is basically a person who uses images to report news. Normally, he or she will take a photo and write a caption to explain what the photo is all about.” – Shamshahrin to CILISOS. Translated from BM.

Unlike photographers, Shamshahrin said that a photojournalist’s priority is to capture images that are newsworthy. But similarly to journalists, Moganraj mentioned that their work is assignment-based. So it’s a no-brainer that they would have to deliver the job assigned to them by hook or by crook.

Uhh… this is an obvious no-no. Gif from Giphy

He highlighted that Malaysian photojournalists would either refer to NPPA’s code of ethics or use general work ethics while working. Moganraj further explains it by giving out some examples of the ethics that are generally used.

“You have to provide an accurate and comprehensive representation of the subjects in the photo, avoid digitally manipulating photos that alters the meaning of the photos and avoid staging photos.” – Moganraj to CILISOS.

So, in a way, what the photojournalist in the video did is not considered a bad ethic. In fact, it is legal for him to do so.

But with the current pandemic where everyone’s wearing a mask, he noted that it may be impossible to get a full-face photo of the accused person even if she did not cover herself with a kain.

Having said that, this doesn’t mean that photojournalists can take your photos as they wish.

NAH, BACA:
[UPDATE] Who is this angmoh whose viral video was featured by BERNAMA?

“We would normally ask for the subject’s permission before taking his or her photos.” – Moganraj.

However, according to Moganraj and Shamshahrin, this only works in several situations like…

If you’re in a public space, then these guys don’t have to ask you and every other person on the street for permission la, ok?

No, they won’t do this. Unedited image from How To Geek

However, Moganraj also told us that this won’t apply if you’re an accused person in court although there is a way for you to hide your identity. Shamshahrin said that you can subtly tell photojournalists to not take your photo by wearing sunglasses, masks, a main, or even hire a lawyer who can protecc you like the one in the video.

Jokes aside, Shamshahrin mentioned that you can do all these – yes, even if you put your hand in front of the camera (just don’t put your hand on the lens la, ok?) and, in most cases, photojournalists can’t do much about it anyway.

But just be sure that you don’t end up gaduh with them la because, at the end of the day, they’re just doing their jobs.

“As photojournalists, we’re much aware of the challenges and consequences that come with our job. And these obstructions are parts and parcels of our job.” – Shamshahrin.