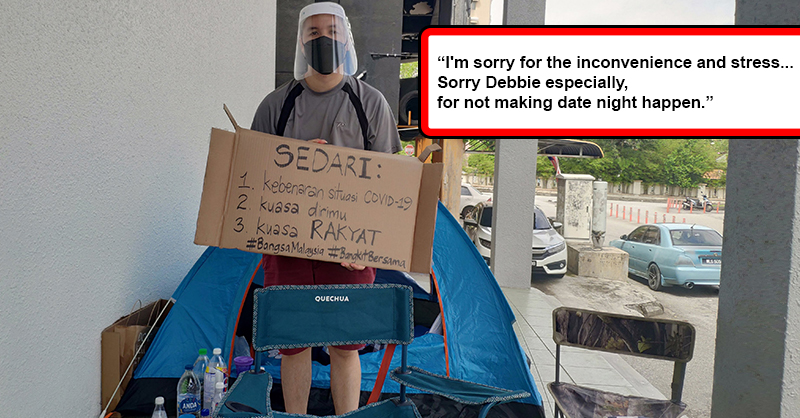 Remember the time back in the good ol’ days when you could express your political dissatisfaction with an old-fashioned protest, or a workout session outside the house of an activist you don’t agree with? 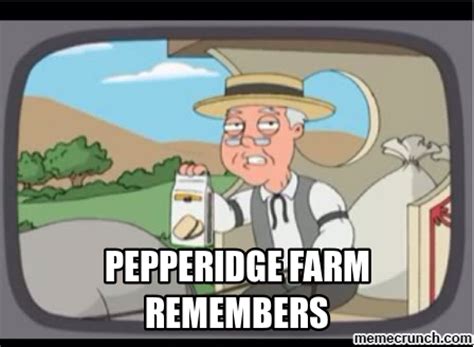 Remember a time when this meme was still current?

Well, those options are kinda limited now because doing a solidarity march in 2021 would either get you in legal trouble for violating SOPs or (arguably worse) put yourself at risk of kena-ing or spreading Covid. That being said though, this didn’t stop a few hundred Malaysians from demanding PM Muhyiddin’s resignation at a protest on July 31st or the black flag and white flag movements from earlier in the same month.

But what do you do when the protests, banner-waving, and unhappy messages aren’t doing anything?

Well, for one guy in Taman Tun Dr. Ismail, it’s apologizing to his wife, packing a tent, and moving to a sidewalk on a one-man hunger strike. 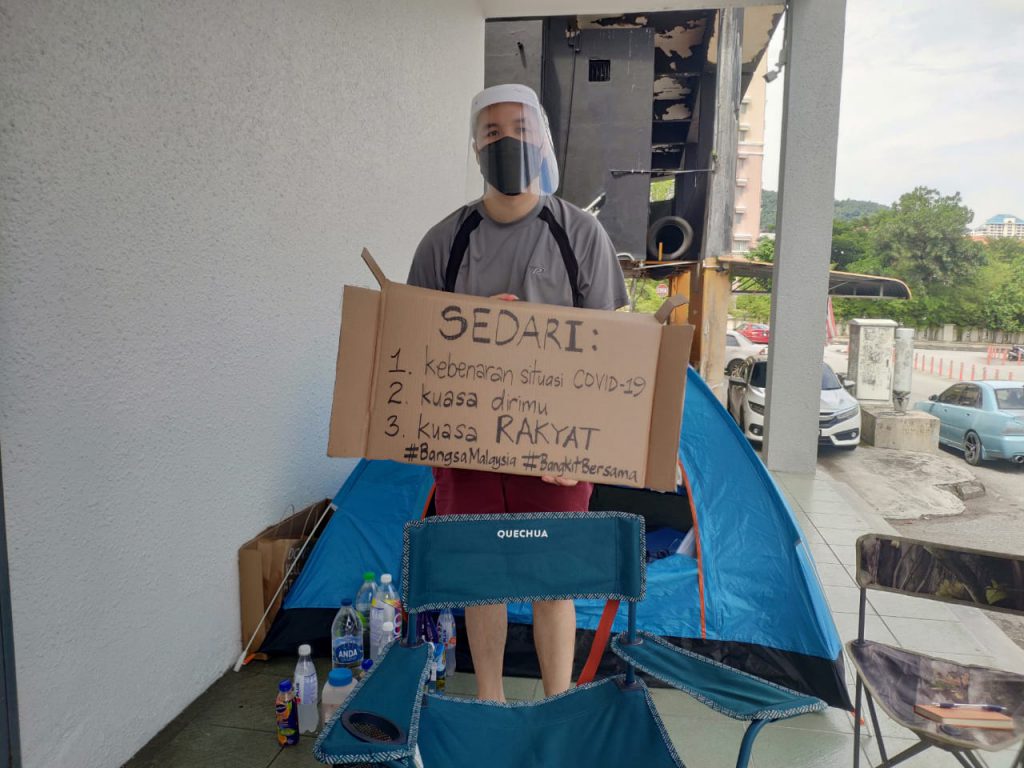 We went over to Nathaniel Tan’s stretch of the sidewalk to offer the man a powerbank – which he declined, presumably because he’s all about the power of the people – and a few questions we’re pretty sure the rest of you are asking.

‘He got nothing better to do ah?’ 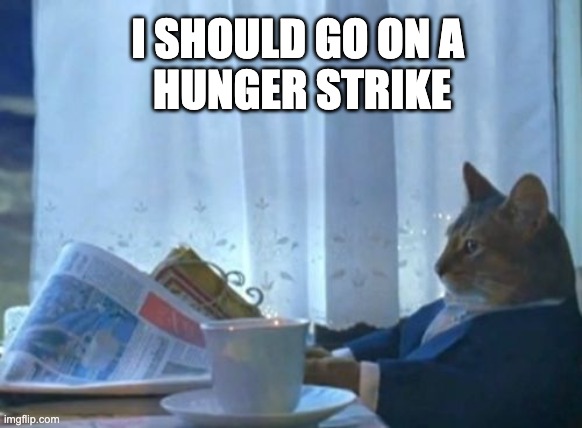 So first up, Nathaniel actually has a list of 5 demands that he wants met, in order to end his solo protest. You can read the full text here, but they can roughly be summarized as:

Nathaniel says that it wasn’t a spur-of-the moment decision; it was an idea that had been playing in his head as rising cases, deaths, and political drama was happening around him. However, it was PM Muhyiddin’s announcement on August 4th that – pardon the choice of words – locked down his decision.

“I’ve been thinking about this for a few days now but I wasn’t sure about the timing. When the Prime Minister announced we’ll wait another month for parliament, I went “ahhh no lah”. I think it’s a very good strategy, but it is a strategy that will cost Malaysians their lives.

By September we could lose another 10,000 lives. I very strongly feel these are unnecessary and totally avoidable deaths.”

‘Oh, so this must be a political thing lah’ 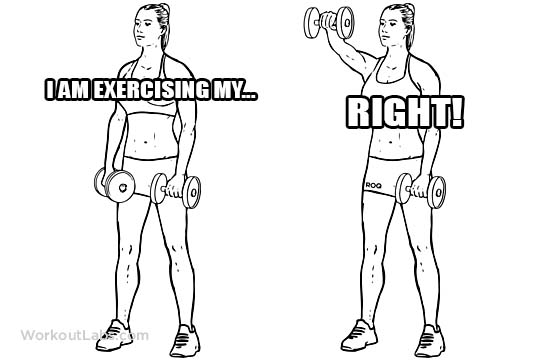 Alright so if there’s one thing you need to know in advance, it’s that Nathaniel isn’t a stranger to political activism – he’s published books on Malaysian politics, been an aide to several PKR politicians, detained under the Official Secrets Act, and is currently involved with Projek Warisan Rakyat. He also runs a consultancy, which we assume is put on hold for the time being.

However, this current hunger strike isn’t so much political as it is a response to how the the government is managing our Covid crisis – which Nathaniel says should be the highest priority.

“I think our priorities should reflect the nation’s priorities, and the nation’s priorities should be to fight Covid. If tomorrow Muhyiddin turns around and says “I appoint Khor Swee Kheng as the guy in charge of all Covid things. He makes the final decision and everyone has to listen to him”; I would say “Oh very good job Muhyiddin, you can stay as PM if you want.”
The important thing is that public policy experts must be the final decision makers – someone who understands the situation, the urgency of the situation, and is willing to work for it.”

But in the end, as he says in his post, when it’s clear stuff like press statements, engaging with politicians, or even complaining about lockdowns on Whatsapp chat groups won’t result in any change; then there comes a time when action need to be taken.

And sometimes it just comes down to what we can or want to do:

“The main reason I’m doing this is that I’d like for people to believe. A lot of Malaysians right now feel hopeless. Helpless. We’re conditioned to think “There’s nothing we can do about it”. It’s a famous phrase I hear so often and it’s one of the most toxic myths perpetuated by the people in power so that they can stay in power.
They just want you to believe you can’t do anything and you should do as you’re told… I think honestly I’m hoping people would see this as an indication that there is something you can do, that there is so much action we can take.
We must act lah.”

‘So if the gomen don’t meet his demands, he really starve until die ah?’ 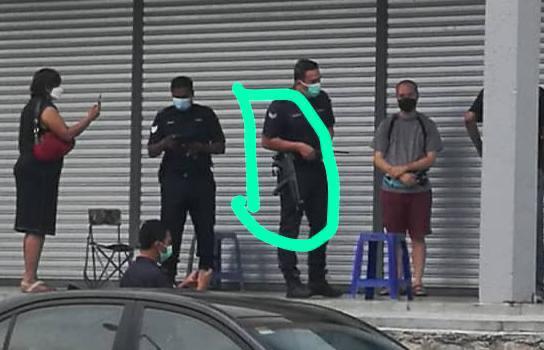 Well, of course the best case scenario would be for the government to say “ok bro, we agree with all 5. Now go home and take your wife out on a SOP-compliant date”, but when we asked Nathaniel what his options are in a not-best-at-all-case scenario, he said:

“Nothing predetermined yet. I’ll take it a day at a time lah”

We met Nathaniel on his second day, and already 3 police cars had stopped by to ask him what he was doing. He explained it to them – adding that he wasn’t breaking any laws – and said they were very professional about it, but they would need to call in their superior. We also met his parents and sister who were also there to provide some moral support.

“[My family] has been very kind, they’ve taken time to come and hang out. My wife and mom were not thrilled but they’ve been very supportive and I feel very bad about missing out on date night with my wife.”

Out of curiosity though, we asked him what the experience has been like so far and his reply was:

“Ohhh I’m dying! It’s terrible! I’m suffering! Please!!!!!
Maybe should print that hahah. I mean, it’s not comfortable but I think should be focusing on the issues lah.”

He says sleeping and backaches have been the biggest problem so far but, based on the number of times we had to pause our interview due to the hydraulic rattle from the mechanics next door, we’re thinking that the most immediate loss he might be facing is hearing loss.

So he want everybody to go hunger strike is it?

Well, actually no. Nathaniel was really clear about not putting anyone other than himself at risk.

“It’s not my place to tell people what and what not to do. I don’t want to be one of those guys. What I hope to do is to embolden people to take action of their own.
There are many groups out there, many people doing things. It would be nice if we can coordinate a little bit more, find more common ground to push certain things through. There’s a lot that you can do. There’s a lot that we can do. Even better if we can do it together.
Just take the first step and see.”

Just as we wrapped up the interview, a couple more police cars showed up. This time, they brought their superior. 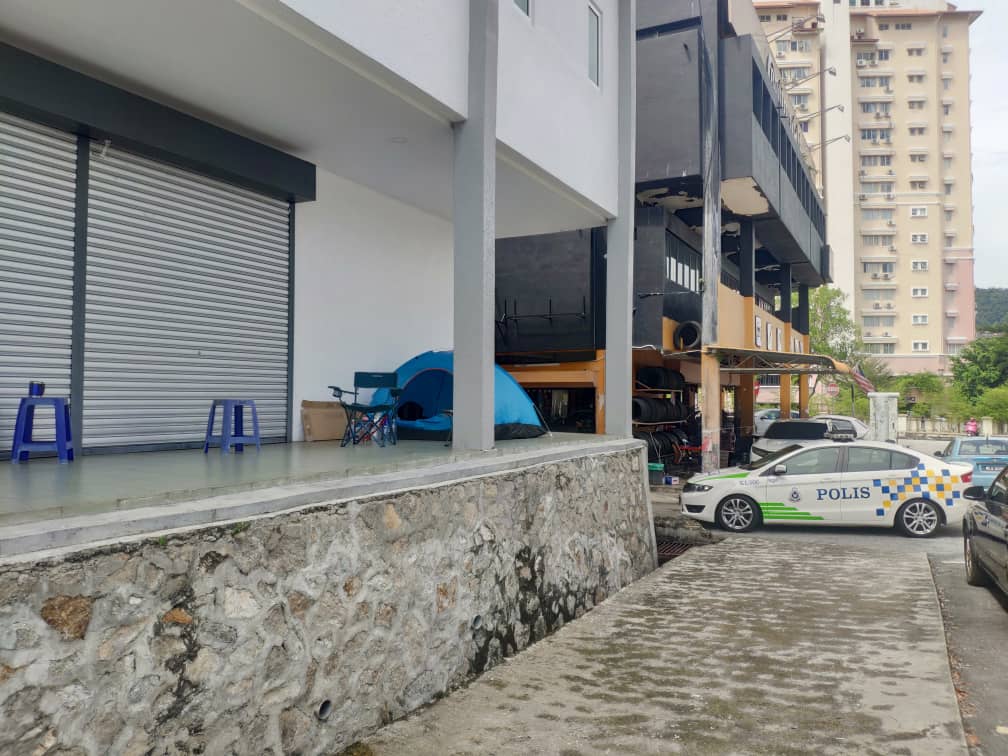 The car pulled up just as we were leaving

We stuck around for the outcome of that conversation, and it looks like that little blue tent on the corner of Jalan Rahim Kajai is here to stay.