The Star reported that a 32-year-old woman, Alia (not her real name) was severely depressed. She’s the middle child, neglected by her divorced parents, and her mother is reportedly the cause of her depression. She slit her wrists and then tried stabbing herself in the chest to make sure she would die, but Alia survived. Then her own mother reported her to the police. After reading this we thought it’s time we wrote something about suicide.

Why is this bad? And sad? Because attempting suicide is a crime in Malaysia and Alia could be sent jail. Does it sound like kicking someone when they’re down? You be the judge.

But wasn’t there something her mother could have done to help her daughter? Yes, it may be a crime and naturally people report crimes, but in cases of suicide attempts, aren’t there better ways to help people? Maybe here’s what we can do.

First thing’s first – if you know someone is threatening to commit suicide, take them seriously. Helpguide.org states that people who plan to commit suicide sometimes give out clues or warnings, like saying “There’s no way out of this” to you, or “Count Down for 45 minutes…What should i do in this 45 mins” on Facebook.

Sound familiar? That’s because 22-year-old Malaysian, Alviss Kong left this message on Facebook before jumping from the 14th floor of his apartment building. He had been unhappy because his girlfriend of 4 months left him. Image from Rosamund Wo.

Facebook members ‘Liked’ his post but no one tried to get to him to stop him. From the replies, it showed that some people weren’t alert enough to notice that he was depressed, or didn’t believe he would do anything to hurt himself, or that it was OK for Alviss to go ahead and do what he thought was best. His sister, Chelvin Kong was reportedly the only person who tried to talk him out of it.

Sometimes the problems that you may not think is worth committing suicide over may be reason enough for the person who’s depressed. It’s not about how bad the problem is, but how badly it’s hurting a person. So even if the threat is said casually, jokingly, or on a social media account, don’t brush it off. It may be a cry for help. Assuming that the person is only doing it to seek attention could be a potentially tragic mistake – better not to risk it, right?

2. Talk to them about it

If someone you know is showing ‘signals’, it would be a good idea to get them to open up about their feelings. According to an article in The Malay Mail, research shows that offering support and friendship could save their lives, while isolation increases the risk of suicide. Labelling them as ‘crazy’ or ‘mad’ is also not a good idea. Psychiatrist Dr. Andrew Mohanraj explained that the scorn could push any victim to attempt suicide again.

Another myth about suicide is thinking that once someone has made up their mind about taking their life, nothing is going to stop them. Wouldn’t you think that even suicidal people might have mixed feelings about death? That it’s not death they want but for the emotional pain to go away? Helpguide.org states that the impulse to ‘end it all’, however overpowering, does not last forever.

Sometimes all they need is a heart-to-heart talk with someone who cares. Someone to listen and perhaps offer them advice. If you’re personally finding it hard to distance yourself from making judgments, maybe you can call ‘strangers’ for backup.

… and it doesn’t necessarily have to be from someone you personally know. Befrienders are friends to those who are depressed and emotional down. You can talk to a Befriender about anything – why you’re sad, how things all went wrong, no, not the weather… etc. Dr. Andrew also mentioned that suicidal individuals just want someone non-judgmental to talk to. So Befrienders are people who will take a caller or emailer’s problems objectively. And with the strictest hush-hush policy, of course. Even when it’s 3am in the morning and the only other people awake are the mamak customers watching football, they’ll be around to listen.

We spoke to a Befrienders volunteer who wished to remain anonymous. What he shared with us were stories of his personal experience and does not reflect other volunteers’ experience. He told CILISOS:

“We only provide guidance and a listening ear, but not a solution to someone’s problems. The caller will learn to make their own decisions.” – anonymous Befrienders volunteer

All this from just talking? Yes. Of course they don’t just let anybody who walked in off the street handle the calls… Got training one.

“The process was quite long. I had 8 weeks of training, 3 months supervision and 2 months probation. It’s different for everybody. Some people have longer training and some shorter.” – anonymous Befrienders volunteer Image from Hebi65 on Pixabay.

Most of the issues the callers talked to our volunteer about were relationships – family relationships, friendships, BGR, etc.

P/S: Another active organisation that helps people with depression is LifeLine Association of Malaysia.

However, the Befrienders aren’t psychiatrists. Like our volunteer explained, they just provide a listening ear and empathise with people who are depressed. What’s the difference between them and psychiatrists?

Psychiatrists can diagnose, treat and help to prevent mental health and emotional problems. Because of their medical training, they can analyse the problems of a patient and prescribe medication for them.

But why do Malaysians see psychological problems as a taboo? What do the experts say?

How is Malaysia helping to lower suicide rates?

How serious are cases of suicides in our country? The Malaysian National Suicide Registry records 1.3 deaths for every 100,000 people, but in reality the figure could be higher. “These are just figures we collected from post-mortems. We think suicides are under-reported,” former Health Minister, Datuk Seri Liow Tiong Lai once said. At least we’re still lower than the global average of 16 deaths every 100,000 people.

But get this, studies conducted by the Forensic Pathology Unit in Universiti Malaya had a few interesting points: 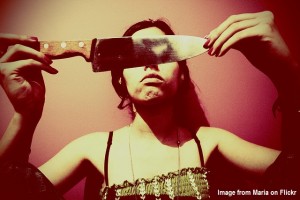 To combat the problem, the government intro-ed a 5-year National Suicide Prevention Strategic Action Plan in 2012. The plan aims to make mental health aid more available to the public by shifting treatment  from hospitals to community centres. Also, the Health Ministry targets a 3x increase of psychiatrists to the population (from 1:150,000 to the ideal of 1:50,000).

It’s good to see all this help coming from many sides.

How we can help others cope with depression is to simply make time for them – friends, family, schoolmates, neighbours… We can also not treat people with mental health problems as if they were dangerous until taboo no longer has a place in our society. And if we want to do more, we can volunteer with Befrienders or LifeLine, because people who are depressed are really crying for someone to reach out to them.