LAST ARTICLE. WAY OVERDUES. Yep. My long sugar fast has ended. Er… actually in early April 2015. Actually we wanted to say that we took so long so we can monitor what it’s like to get back on sugar, but the truth is I just have not gotten around to writing the article.

Oh wait. I’m sure some of you have NO IDEA what I’m talking about.

Way back during CNY, I had a crazy idea that I would give up one of life’s most precious gifts – sugar – for Lent – a 40 day, 40 night period when people usually give up something they love. In this article I’ll be talking about the results (weight loss, waistline, existential inspirational stuff) of my 40-day sugar fast, and if it actually did any good.

When we last left the story, I was at the halfway point, on Day 20.

“In my first 10-day report, I indicated that I don’t feel any thinner, and that had been a major cause of demotivation that was only aided by the fact that I could now have Coke Zero. However, a few days ago, some friends came back from a holiday and hadn’t seen me for the last 10 days. They both commented I look thinner, and now comparing these images, it’s actually pretty obvious

Oh and a few days after the piece came out, we got this in the mail. Quick shoutout to Coke Zero, which just launched in Malaysia, and Westcoast PR for a nice little move 😉 Your efforts weren’t in vain either… cos this is what it looked like on Day 40. And as I mentioned in the earlier article, Coke is my main craving, and a daily dose of 1 or 2 Coke Zeros reduced that craving to nothingness (future coverage must buy some banners k, Coke?).  Speaking of cravings, you can refer to my full documentation of what I ate and my cravings here.

So what was the first thing I ate after 40 days?

Actually, this is the really basket thing. If you read the first report, I was supposed to stop on April 4th, cos that’s when this website told me that Lent ended. Then on 30th May, someone asked this.

Strange thing was… After 40 days I really wasn’t in a hurry… so I held off till April 2nd just to be safe. And what did I have after being starved of sugar for 40 days? Yep. A Milo Ais. Kosong somemore. It tasted alot sweeter than I remember, but there was no moment like this. 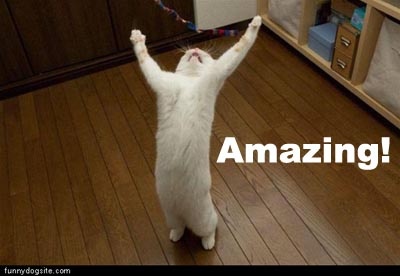 And what were the results?

To be honest, I expected a bit more. A nutritionist told me I’d lose up to 6kg in the first month. But I think most people who go on diet also want to see the differences – so they’ll make other lifestyle changes like exercise a bit more, or eat generally less. For this experiment, I wanted to just remove hidden sugar – no extra exercise, and eating like normal.

Don’t be fooled by the nice haircut (from someone my friends call The Fringemaster). Is common tactic in weight loss posters 🙂 Look at these? Lose weight sure got new haircut one. Is like half the weight they lose is from hair.

And did the weight come back after? 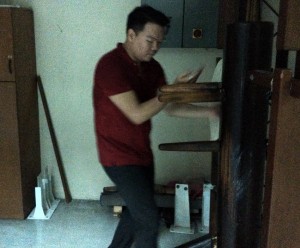 Ahh so nice to be physically active again

One month later, I am still 101kg, and 41-inch waist. But that’s not magic – during the whole #40d40NGeramGula, I did not exercise. This was to make sure I didn’t lose weight because of exercise, rather than purely the effects of sugar (cos before the experiment, i hadn’t been exercising for a few months already).

So it felt good to go back to Wing Chun, even though because of time constraints, my first session was in my work clothes >>

On top of that, I take substantially less sugar than before.

So would I do it again?

YES. But not sugar fasting. It’s quite mafan la, to not be able to eat desserts when you want, let’s say the last course in a meal, or even a birthday cake. For 40 days, can… for the rest of my life? Mmmmm…. nah.

What I do want to do again is to see what else I can live without for 40 days.

We constantly tell ourselves what we need – more money, more recognition, a better phone, a better lifestyle etc. So I feel it’s really nice to zero-reset any one of these things, and then you can truly appreciate it after you get it back.

What do you think I should give up next year? Send me suggestions in the comments below and I promise to take most of them seriously…