OMG! Word is out that there’s a new 4-letter bad word in town. It starts with D, and trust us, it’s not the kind of D that you’d wanna get stuck with. That’s right, the word here is DEBT, or to be more precise, external debt. Or to be even more precise, RM 744 billion worth of debt!

Just to clarify, an external debt is an amount owed to foreign entities such as banks, other countries, and international financial institutions such as the International Monetary Fund (IMF).

So to put how much we owe in a more relatable perspective:

Is the whole country going to go bankrupt??

People are going bonkers at how badly our economy is being managed under the Najib administration: And Prime Minister Najib (who’s also Finance Minister, by the way) has since explained that the reason behind the increase was due to a change in the reporting requirements to comply to IMF standards.

And of course, especially with the drama of 1MDB in the background, many people took Najib’s explanation with a grain of salt – including our editor. Which is probably why he got us to write this article.

However, you might want to hold off pushing the panic button just yet because….

Najib is telling the truth, according to Bank Negara (and some other smart people)

While we were reading news and Facebook statuses about how screwed the country was, several people have written in support of Najib’s claim, including:

Here’s the most comforting fact – from HBO’s new series… The Spark

Because most of our points here are based off their analyses, we also consulted a former auditor for additional verification. He’d rather not be named, so we’re gonna call him FreeLunch cause we owe him lunch for his help  😆

We recommend you to read the posts written by the bloggers above, but if you prefer a summary of what they’ve said, it’d be:

“Chill yo, it’s all a misunderstanding” – Totally paraphrased by CILISOS 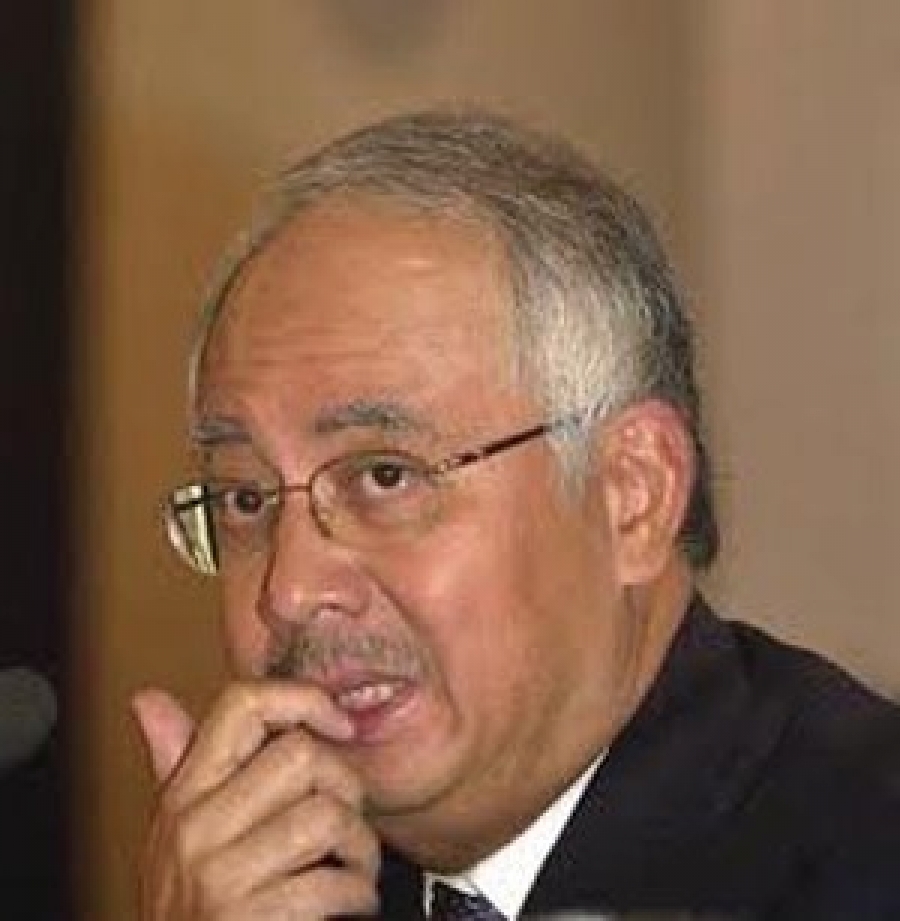 Told you. Image from Malaysia Chronicle

While it’s important to know what’s going on with our country’s finances, we should also be sure to point fingers at the right thing. Like our teeth 🙂

Back in March 2014, the Ministry of Finance complied with IMF (that’s the International Monetary Fund) requirements that changed the definition of national debt. You can read about it here in Bank Negara’s Q1 2014 bulletin.

The new definition (as told truthfully by Najib OMG!) includes a whole bunch of new stuff – including money owed by the private sector and individuals to foreigners, meaning that the debt isn’t incurred by the government only. Matrodi provided some examples of what would be included in the total figure:

For ease of understanding, we’re going to break it down in the form of an easy-peasy chart:

Figures have been rounded up.

What this means is that of the RM744 billion reported, only RM 168 billion is actual debt incurred by the government. 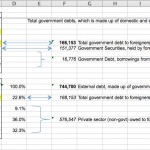 Actually, FreeLunch was nice enough to make an Excel sheet to help us understand this. We think it would be a shame if we didn’t share it so you should check it out if you want more details.

The misunderstanding of the figure tripling (or to be more precise, increasing by 279%) might have come from the Finance Ministry accidentally using the unadjusted numbers from 2013 to be compared to 2014.

So while we’re glad that this has been debunked, perhaps we’ve been focusing on the wrong kind of debt, because…

Yep. Malaysia’s finances may not be as bad as we thought, but our own personal finances sure are.

In other words, the average Malaysian household is spending more than they can actually afford. As an example, if you earn RM 100 a month, you’d only have RM 56.50 (or less) to pay off all your other expenses after paying off the bank. What makes this worse is that a study by the Khazanah Research Institute (Click here for PDF download) found that most of our debt isn’t from spending on stuff like food or education, but rather on consumer items like electronics and cars. The study also found that many households are using credit cards and easy-payment schemes to afford these items, which leads to massive interest charges when they can’t pay up.

Analysts are warning of a credit bubble crash when more and more Malaysians are unable to pay off these loans, which would create a situation similar to the US subprime crisis.

So while it’s great that we’re paying attention to the state of our country’s finances by questioning the government’s loans, perhaps it might also be advisable to take a step back and look at finances that are a little closer to home.