[UPDATE: The curfew has been extended to the 7th of June, and as some of our readers had pointed out, the curfew does not include the whole districts, but rather just the waters of those districts. The writer deeply apologizes for his misunderstanding and carelessness, and is terribly, terribly sorry for any inconveniences caused by that misinformation.]

Well, not without a permit, anyway. Apart from Sabahans and perhaps a few people who actually read every single source of news every day, not many know of the curfew imposed on the inhabitants of Sabah’s eastern shore for the past three years. Since the 19th of July of 2014, the waters of the following districts:

three nautical miles from the shoreline are under curfew from 7 in the evening until 5 in the morning the next day. That means no fishing, no rowing out in boats, and basically no going out to sea unless you have a specially-issued permit.

On the 11th of November last year, the curfew’s time was increased from 10 hours to 12 hours, starting at 6 in the evening to 6 in the next morning. The curfews came in phases, and each phase generally last somewhere around two weeks at a time, but since the end of the first curfew the authorities have been adding another two weeks of curfew, again and again until now.

At the time of writing, the people affected are undergoing the 65th extension of the curfew, lasting until the 22nd of May this year.

Three years of continuous curfews? What brought that on?

To say it briefly, it’s a territorial dispute between the Royal Sulu Force and the Malaysian gomen. To understand it fully, we have to go all the way back to 1885, when the Madrid Protocol was drawn up by Great Britain, Germany and Spain to establish… lol jk. We won’t go that far back, as that would triple the length of this article. It would be enough to know that Sabah has always been a sort of disputed land between Malaysia, the Philippines, some guys called Dent and Overbeck, and all sorts of colonial powers. In fact, the dispute is quite complex, with lands changing hands several times and various agreements and payments being made, spanning generations, so we’ll definitely not get into all that drama here. But here’s an interesting 100 page thesis (51.8MB PDF) summarizing the matter, if you’re curious.

Anyways, in 2013 the whole dispute thing escalated when a group of some 200 militants calling themselves the Royal Sulu Force departed the island of Tawi-Tawi in southern Philippines and forcefully occupied Kampung Tanduo, a small village about 100 kilometers from Lahad Datu. 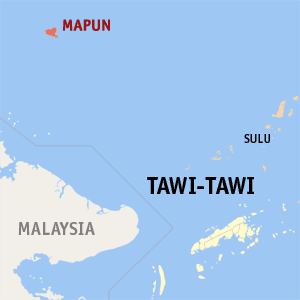 This group was led by a Raja Muda Agbimuddin Kiram, who claimed to be the brother of self-proclaimed Sultan of Sulu Jamalul Kiram III. Upon occupying Kampung Tanduo, the group put forth three demands for the Malaysian government, which are:

The Malaysian embassy had been issuing a cheque for RM5,300 to the legal counsel for the heirs of the Sultan of Sulu each year following a request from the Philippines government during a Maphilindo summit in 1963, in continuation of the payments made from long ago by the British. However, probably due to a translation error in the deal, while we see it as an annual cession payment, the heirs themselves see it as ‘rent’. Hence the third demand. So, to the three requests put forth by the Royal Sulu Force, the Malaysian gomen said ‘no thanks’ and proceeded to surround the area with armed forces the very next day, with a counter offer. The Royal Sulu Forces were given until the 26th of February to show themselves out. With neither side willing to give in to each other’s demands, two weeks later Malaysia’s security forces moved in and engaged them in combat.

On the 1st of March two of our policemen were killed in a gun battle while patrolling the area. The very next day, another six were killed during an ambush by militants in the water village of Kampung Sri Jaya in Semporna. The deaths of our forces forced the government to initiate Ops Daulat on the 5th of March, which aimed to preserve our honor and sovereignty.

The mopping up afterwards. Source

At 7 a.m. on that day, Malaysian forces entered Kampung Tanduo and engaged in combat with the Royal Sulu Force, after airstrikes involving F-18 and Hawk fighter jets. By 11 a.m., the IGP at that time, Tan Sri Ismail Omar, declared that Ops Daulat had reached its objective. However, the operations continued until the evening, just in case there are still enemies in the area.

And that, kids, is how we get the ESSCOM and the ESSZONE

While this particular tragedy isn’t by far an isolated incident, it set off a chain of events that prompted the government to establish a security committee in record time, and that committee became known as the Eastern Sabah Security Command, or ESSCOM for short. Officially launched on the 13th of April 2013, the ESSCOM was established for the purpose of preserving the stability, peace and public order of 10 districts on the east side of Sabah, which are at the highest risk of intruders due to their location. These districts are collectively known as the Eastern Sabah Security Zone, or the ESSZONE for short.

The establishment of the ESSZONE was based on the provisions set out in Section 3(2) of the Preservation of Public Security Ordnance 1962, and it was gazetted according to the Federal Government Gazette P.U. (B) 80 on the 24th of March, 2013. During its announcement, the Prime Minister, Datuk Seri Najib Tun Razak had stated that the establishment of the ESSZONE does not constitute the declaration of an emergency, but rather,

“…the government is adopting a holistic and not a purely military approach to protect eastern Sabah and find a solution to the intrusion issue.” – Datuk Seri Najib Tun Razak, as quoted by The Borneo Post.

One of the strategies employed by the ESSCOM is a curfew in seven out of ten states in the ESSZONE. Their approach to security also include other things such tightening up the porous borders and setting up more security bases in the area. If news reports are of any indication, so far the strategy has worked wonders. However, such a drastic and sudden move is not without reproach, especially in the political sphere.

NAH, BACA:
Is our ailing stock market because Harapan is spending... too little?!

With three years on its belt, has ESSCOM proved itself effective? A fishing village in Sabah. Source

Obviously, a sea curfew from 6 p.m. to 6 a.m. every day is inconvenient, especially to careers in the fisheries industry. Back in February, Mok Teng Sang, the president of the Chinese Chamber of Commerce and Datuk Mohd Basri Abdul Gafar, president of the Federation of Sabah Industries (SFI) had urged the fishermen in the area to obey the curfew.

“We understand the curfew has in a way created some temporary inconvenience to the public. But lets not forget also that the extension of the curfew order will help protect us from being kidnap victims and loss of properties,” –Mok Teng Sang and Datuk Mohd Basri, for Daily Express.

Even if the district police chiefs in the curfew areas do have the power to issue permits for fishing and emergencies, to say that the curfew order will help protect the fishermen from being kidnap victims is quite a statement to make considering that since the ESSCOM was established back in 2013, the kidnappings haven’t ceased at all. If anything, according to a Malay Mail Online roundup article, the incidents have instead increased in both number and severity. Following a kidnapping incident back in April 2016, barter trade between Sabahans and people from the surrounding areas was banned. The practice of barter trading in the area began even before the British set foot in Borneo and the Spaniards set foot in the Philippines, and while in the olden days it is an honest way of trading goods, today it has somewhat of a shady reputation. Nevertheless, even if some people use barter trading to smuggle goods and even people, banning it disrupted the lives of a lot of traders in the area. The sudden and possibly uncalled for ban caused a backlash from Sabah’s politicians and lawmakers, with some of them accusing the government of setting up ESSCOM without a clear plan on how it should work, resulting in reactionary measures that don’t necessarily improve security.

“The institution has failed us. They don’t know what to do and instead have proposed to ban barter trade. Once something happens, their immediate reaction is to find fault,” –Chan Foong Hin, Sri Tanjung assemblyman told Malay Mail Online.

In response to the same kidnapping, Sabah’s Tourism Minister, Datuk Seri Masidi Manjun did not see it as a proof of ESSCOM’s failure, but rather proof that Sabah needs ESSCOM.

“Esscom is continuously learning and this incident would be a learning experience for them.” –Datuk Seri Masidi Manjun, to Malay Mail Online.

And for the time being, it seems that Datuk Seri Masidi Manjun could be right. As of the time of writing, Sabah have yet to see a kidnapping or violent case for 2017. Let us hope that it stays that way.

The curfew will most likely be extended again The trilateral patrol by Malaysia, Indonesia and the Philippines is still to be launched. Source

Despite complaints and criticism from various sources due to its impracticality and seeming pointlessness, on the 22nd of May the curfew will likely be extended again, for the 66th time. [Update: It has been extended to the 7th of June] Despite not experiencing any successful attacks so far this year, danger still threatens Sabah, according to some news sources.

Earlier this week, a banana plantation was closed off from a single report by a 52-year-0ld Filipino laborer claiming that he saw five armed men in military fatigues on the 30th April. The laborer, an illegal immigrant himself, however only lodged a police report on the 13th of May. However, the police were reported to be skeptical of the claim, and for good reason. This is partly because of the time lapse between the sighting and the report, and also because they have received false reports before.

“This is not the first time we have received such a report. Two months ago, we had to rush our personnel to a location, only to find out the report was made by someone who was drunk.” –Sabah Police Commissioner Datuk Ramli Din, to New Straits Times.

However, the fact that the police cordoned off an entire plantation based on a report from a single man under dubious circumstances shows just how seriously they take the matter, and Sabahans might feel some measure of comfort from that. Earlier this year, Datuk Ramli Din had stated that curfews have to be extended for the safety of tourists and international researchers from terrorists. By the way, war tourism is totally a thing now. Source

This basically means that as long as terrorists threaten Sabah, the security measures will be there. But perhaps the curfews don’t have to be, according to Ainal Fattah, a lawyer, community leader and Sabah UMNO leader. While Ainal acknowledged that the ESSCOM had done a great job so far, he believes that better surveillance techniques and cyber laws are better alternatives.

“The curfews imposed at present in EssZone was not about advantages. It serves its purpose but affects the lives of so many people, especially the fishermen,” –Ainal, to Daily Express, from Free Malaysia Today.

Whether the curfew will be replaced by more permanent alternatives remains to be seen, but in between the curfews and barter trade bans, one might wonder if the original approach has shifted from “holistic and not purely military” to something else.