For ugaiz who’ve not heard there”s a new compulsory song for every student to sing during assembly, in addition to the national anthem Negaraku, as well as the state and school songs.

The song, Aku Negaraku was launched on the 23th May at SMK Damansara Utama by our Prime Minister where he sang the song along with the students. The education director-general, Tan Sri Dr. Khair Mohamad Yusof said it’s an initiative to boost patriotism and inspire positive thinking among teachers and students.

With this new song included in the list, it is a total of four songs for every school assembly! If you haven’t known, Ministry of Education (MOE) stated that the songs must be sung in the following order, according to Says.com.

This initiative will impact about five million students and 400,000 teachers in public schools nationwide. In fact, the video of the new song has been uploaded so many times from different users.

Listen to the new song here. 😀

The Prime Minister’s Department got 5 songwriting teams to submit their attempts at a new national song, eventually won by Audi Mok, who’s worked with well-known Malaysian artists like Datuk Siti Nurhaliza, Faizal Tahir and Ning Baizura. It took him, and lyricists Shazee Ishak and Ad Samad, a total of 15 hours spread across two weeks to complete the song.

“The idea behind it is to write a love song for the country and make it personal. Lyrically, it would be from the perspective of the Malaysian asking what he can do for his country realizing that he/she makes the country what it is.” – Audi Mok told CILISOS

So, we’ve read some comments from the public on Facebook and it’s quite a love-hate situation. Some may like the song, but they find it redundant becoz one national anthem is enough for Malaysia. So how do school kids feel about the song? We’ve asked some of them and here’s what they said.

This kid from SK Taman Sri Sinar, Selangor is already a fan of it because of the upbeat chorus that got him dancing to the beat.

“I like the lagu – the best. Of course I will sing the song, but it’s a little hard to hafal (memorize). It’s so fast and hype, macam (like) pop song. People will enjoy singing this song.” – Muhd Fareez Izwan, 9 years old

Though only 9 years old, he knows his music taste pretty well. Indeed “Aku Negaraku is a song for everyone that they can relate to, a song that affects them emotionally so they would want to sing it.” said Mok in the interview.

Another girl from SMK Bandar Pusat Puchong, Selangor said she can’t wait to sing the new song during assembly. We asked her to compare the new song to our national anthem, she mentioned that our Negaraku is slow and not interesting.

“It has a contemporary beat lo. I will sing along to the song when they play it during assembly.” – Tan Wan Lim, 15 years old

if you dab, you’re cool. #millennialthing

2. “This song has no patriotic feels at all”.

A Tengku Kursiah student said this song is not necessary at all. She pointed out that it may appeal to the students because it sounds cooler than our national anthem but our Negaraku is a historical anthem with meaningful words.

“The lyrics of the new song have no semangat feeling but it’s only acknowledging that we Malaysians are thankful to be in this country.” – Aiman Khadija, 14 years old, Tengku Kursiah

However, according to Mok, “this song is not meant to replace the national anthem at all”. Mok told us that Aku Negaraku is more like a theme song for this year’s 60th year of independence.” However, not everyone is willing to sing another song during assembly. Adalia from SMK Kota Kemuning, Selangor doesn’t want to learn a new song when one national anthem is enough to sing in school.

“It’s not suitable for students to sing this song during assembly. How can we stand still while singing to the song when the rhythm is upbeat and needs to have body movement?” – Adalia, 15 years old

Even so, she thought it was a good try for a national initiative from the gomen. 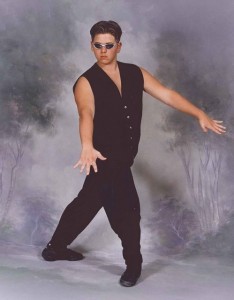 Well, like it or not, it’s now compulsory. So we decided to ask a teacher of her opinion of the song.

At least one teacher doesn’t really support it

Lina, a teacher from a public school in PJ, Selangor who has been teaching high school students for over 2 decades and she is considered one of the senior teachers in the school.

She pointed out the lyrics do not reflect patriotism, but it’s self-centred. The intention of the song is only meant to say about being appreciative to be a Malaysian. Then she elaborated on the style of the song.

“How can students pick up the tempo when it’s too difficult to sing cause of the song’s style? Some teachers may not like it at all, even parents too.” – said Lina

When we asked her if the new song will help students to be patriotic, she said that it lacks respect and reverence to our country and students will not feel any sense of patriotism when they sing it.

So, do you think this song will make students patriotic? Let us know your opinions from the poll below.