Alright, so here goes: Malaysian economy is bad. And we all know that. Working adults are losing jobs left, right, top, and bottom. Businesses are shutting down because owners can’t afford to run them anymore. A lot of people can’t afford to travel even if we are allowed to leave the country. Just look at the sharp drop in our GDP and you’ll see how bad it is. The Perikatan Nasional administration has been doing quite a lot to help the rakyat out, what with the several PRIHATIN stimulus packages and the humongous Budget 2021 for next year. But those things don’t seem to be enough, given that our economy is kinda still tanking.

What can we do, then? Well, our Deputy Youth and Sports Minister Wan Ahmad Fayhsal Wan Ahmad Kamal has posited an idea to the public, which is to… 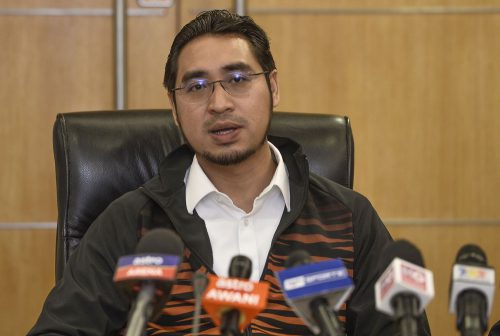 Yes, in a recent interview with BFM, Fayhsal actually suggested that the the central Bank Negara Malaysia (BNM) should print more money and distribute the cash directly to the rakyat.

Actually, right, Fayhsal started off by recommending something called a ‘debt jubilee‘, which is basically for banks or large organizations to clear out all debts, specifically for the B40 group. This is because things like EPF withdrawals and loan moratoriums may work in the short-term, but he didn’t think it could be a permanent solution, so a complete debt forgiveness would be the most realistic solution for the time being.

“There’ll be many casualties and collateral damages that translate into non-performing loans or foreclosures. So the most vulnerable among us need to be given a debt jubilee.” – Fayhsal, as quoted from BFM

From there, due to the cash flow issues that the rakyat would predictably still be suffering from, Fayhsal suggested that the government should distribute something called helicopter money to the people.

Hold up, what on earth is helicopter money? Prepare for yourselves for a short econs lesson, ladies and gentlemen and lain-lain.

Helicopter money is essentially the idea that the government or central bank should print and hand out money for the people if under extreme situations, which is what some would say the Covid-19 pandemic is. The idea behind it is to encourage consumers to spend.

See, drastic times call for drastic measures. When you read the news nowadays, you’ll find a lot of depressing stories on how we may be going into recession and our economy is stagnating – all pretty drastic. A large part of this is because a lot of Malaysians cannot afford to buy things anymore, causing deflation and slowing down the economy.

As such, the idea of helicopter money is to basically give people free money, which they can use to buy whatever they want or need, thereby jumpstarting the economy and stabilizing prices again. You know, since we as humans tend to jump at the first opportunity to buy the latest iPhone once we get the money.

“We can couple debt jubilee with a helicopter money monetary policy, where the central bank can directly print money and give it to the people so that they can spend it.” – Fayhsal, as quoted from BFM

However, his suggestion kinda riled up a lot of netizens, because the notion of printing money to solve economic problems has always been seen as a bad idea. The thing is…

If print too much money, economy also GG 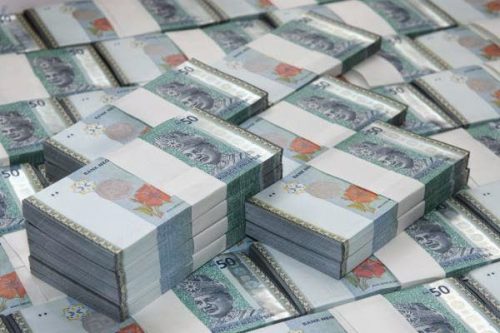 Soon after Fayhsal made his suggestion on BFM, the former CEO of Permodalan Nasional Berhad (PNB) Jalil Rasheed came forward and stated distributing helicopter money wouldn’t work in the long run. He added that instead of helping the economy, it could easily backfire without moderation.

“Printing money is not a solution for Malaysia. It drives down the currency value – it’s already weak enough – when you have too much in circulation.” – Jalil, as quoted from Malaysiakini

But of course, we also reached out economist Carmelo Ferlito to get his expertise on the matter, since we’re not exactly economic experts here at Cilisos. And yes, Ferlito seemed to agree with Jalil on the fact that helicopter money’s not a doable solution. 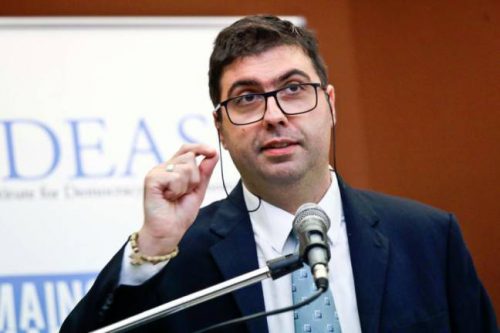 He told us that excessive printing of money will eventually lead to hyperinflation, meaning that the prices of goods and services will grow exponentially because our currency will have no value anymore, collapsing the economy as a result.

“The real value of money will decrease, and we will have growing inflation which makes people poorer.” – Ferlito, in an interview with Cilisos

This, he told us, has happened before, in places like Venezuela and Zimbabwe. You can read about what happened to Venezuela and Zimbabwe here and here, but long story short, these countries printed more helicopter money than they need, causing a devaluation in their currencies and an exorbitant hikes in their prices, leading to eventual economic crises that they’re still trying to airlift themselves out of.

As a matter of fact, Malaysia has seen the detrimental effects of printing too much money before. Back in WW2 when the Japanese occupied Malaya, they introduced new currency notes that’ll later be known as banana money. At one point, they printed so much money that the currency straight up lost its value, leading to hyperinflation, which was said to have taken years to alleviate. 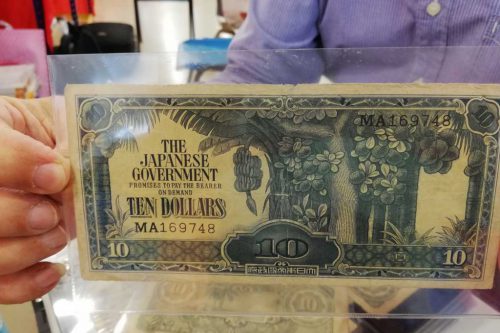 Duit pisang, anyone? Image from Sarawakvoice

In fact, the only instance where helicopter money can work may only be in the US. According to Jalil, this is because the US dollar is generally used in global trade, so the currency won’t lose value simply because there will apparently always be a high demand for it.

So, you know, according to these economists, printing helicopter isn’t a practical solution at all. But still, throughout our research, we found that…

Earlier this year in April, DAP senator Liew Chin Tong had actually already suggested printing ‘helicopter money’ and putting them straight into the pockets of the rakyat. According to him, helicopter money can very well help in resetting consumer spending among the rakyat and encourage them to stimulate the economy.

“A move as bold as helicopter money will clearly signal that the government and the central bank are prepared to do whatever it takes to prevent systemic collapse, and hence increase people’s confidence in the future path of the economy.” – Liew, as quoted from Malaysiakini

And he’s not the only one. Discussions about helicopter money has been happening around the world since the pandemic began, and a lot of the foreign experts out there seem to think that helicopter money may very well be the only option left to jumpstart the global economy, regardless of where they are. Heck, Switzerland even took it a step further and is already in the process of getting the votes to distribute helicopter money to its citizens.

Clearly, the idea of printing money is a pretty divisive issue with many supporting it and also many opposing it. But so far, regardless of Fayhsal’s suggestion, the Finance Ministry has yet to respond to the idea, so who knows? Maybe it’ll be just that, a suggestion, or maybe one day in the near future, we will actually find extra cash in our bank accounts due to our generous government.

Share this article:
NAH, BACA:
MCMC just traced the leak of 50 million M'sian phone numbers back to... the MCMC