Two weeks ago, we got news that a top Malaysian athlete tested positive for performance enhancing drugs (PEDs). After the second test sample was analyzed, it came as quite a surprise that the athlete in question was………………….*suspense trailer music*……………..indeed Dato’ Lee Chong Wei. Naturally, Malaysians were shocked and many rallied behind our national sports hero; with many concerned that an impending two-year ban would pretty much be a career death sentence in an industry where the average age of retirement for players is 30 (Lee Chong Wei is 32).

And the totally illegal drug’s name? Well…. perhaps not TOTALLY illegal – because at some point in time it’s highly likely YOU might have taken it as well.

What is Dexamethasone and why is it so hard to spell?

Alright, so being that this writer’s sister (Affectionately known as Ketot) is a pharmacist at a local government hospital, she was the first person we asked.

Bombshell #1: Apparently dexamethasone is prescribed pretty commonly for injuries, cancer, asthma, and allergies due to its anti-inflammatory properties; and you can buy the stuff at your neighborhood pharmacy with a prescription.

As to why it’s so hard to spel, Ketot said “Stop asking stupid questions, bodoh. You’re kacauing my lunch break!”

It’s available in cream, pill, and liquid injection form, but the injections are limited to clinics and hospitals since they need to be given by a trained professional. There are also a whole bunch of sprays and drops that contain dexamethasone but Mr. Tio, a registered pharmacist at Alpha Pharmacy, says that none of these are available over the counter since it’s a controlled substance. For a partial list of items containing the stuff as well as what it’s used to treat, you can check out this link.

So why is it illegal in sports?

Before we answer that question,

Bombshell #2: Some commenters noticed that dexamethasone isn’t listed as a banned substance in the World Anti-Doping Agency’s (WADA) list of prohibited substances, and, if you check that link we provided, you’d find that it really isn’t.

However, after doing some digging, we’ve found that dexamethasone falls under a class of steroid. If you think dexamethasone was a tongue twister, get this: Glucocorticosteroids.

We’re not going to go into too much detail about glucoconutbanana except to say that yes, it is a steroid, but not all steroids are created equal. Most of us probably equate steroid usage with this: 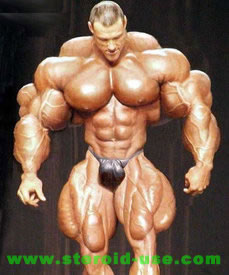 But both Ketot and Mr. Tio clarified that this isn’t the case as “steroids” is a very general term. The performance enhancing steroids that you hear about and lead to bodies like in the picture above are usually anabolic steroids which are synthetic substances used to stimulate the body’s cells into producing more protein and inducing skeletal muscle growth.

Dexamethasone on the other hand is, as mentioned previously, used to prevent inflammation and promote healing.

In fact, the role of dexamethasone in performance enhancement has long been debated, with some groups asking for it to be removed from WADA’s list. In certain high altitude sports, Dexamethasone’s role in reducing the effects of mountain sickness can give an edge to mountain climbers (mountain climbing is a competitive sport???) as well as runners and cyclists competing in higher altitudes, but unless the next major sporting event is going to be held in Everest, critics say that dexamethasone gives little to no advantage. However, there have also been studies conducted to show that it allows a person to push him or herself further by masking muscle damage and fatigue. You can read one such study here.

Advantage or not, dexamethasone is only banned during competitions. This means that an athlete can use it for therapeutic purposes when they aren’t competing, and that’s one of the reasons presented by Youth and Sports minister Khairy Jamaluddin.

“We are aware that the drug is allowed outside of tournament. It should metabolise within 10 days and not be in the system any more. We are not sure why it was still there,” – Khairy Jamaluddin, The Malaysian Insider

Here’s the thing, many of us have been taking steroids without even knowing. From clinical acne treatments to drops for inflamed eyes, steroids are common enough that most doctors won’t even tell you about it unless you ask. And this is where another explanation may lie.

How did it end up in his system?

One of the main questions that the local sports authorities are trying to answer now is how the dexamethasone managed to stay in Dato’ LCW’s system from the point of administration to the time that he was tested, especially when he had tested negative once before. Here’s a nifty timeline that we’ve gathered from these two sources:

Again, according to Khairy, dexamethasone should completely metabolize and be out of a person’s system within 10 – 14 days. To verify this, we have to look at the substances’ half life. Basically a half life in this case is used to determine how long a substance will take to be flushed from a person’s system, and it’s called a half life because it’s measured by the time it takes for the substance to become half its original value, so yea…. get ready for some math. According to Mr. Tio, the half life for dexamethasone is 1.5 – 3.5 hours depending on liver function, and Ketot tells us that it takes about 36-54 hours in total for injections. Because we don’t know the exact dosage that was given, we went with the high dosage cited in the research experiment mentioned above: 13.5mg.

Bombshell #3: Even if it was given to him, It shouldn’t be in his system by the time he took the test.

THEN!? How else could it end up in his system?

While a freak metabolism rate might explain how the substance stayed in his system for so long, it doesn’t explain how Dato’ LCW tested negative on August 15th.

In our earlier doping article, we mentioned that sometimes coaches might be driven to administer illegal substances to their athletes without their knowledge to get results. There have also been cases of athletes unknowingly using supplements that actually contain steroids. The number of athletes using supplements to enhance their training is pretty high as well, about 85% of track and field runners according to this study.

However, here comes Bombshell #4. Mr. Tio happened to mention something which we think might be an alternate explanation:

“Accidental dosages are very common … A lot of Chinese herbs do contain [naturally occurring] steroids in one form or another” – Mr. Tio 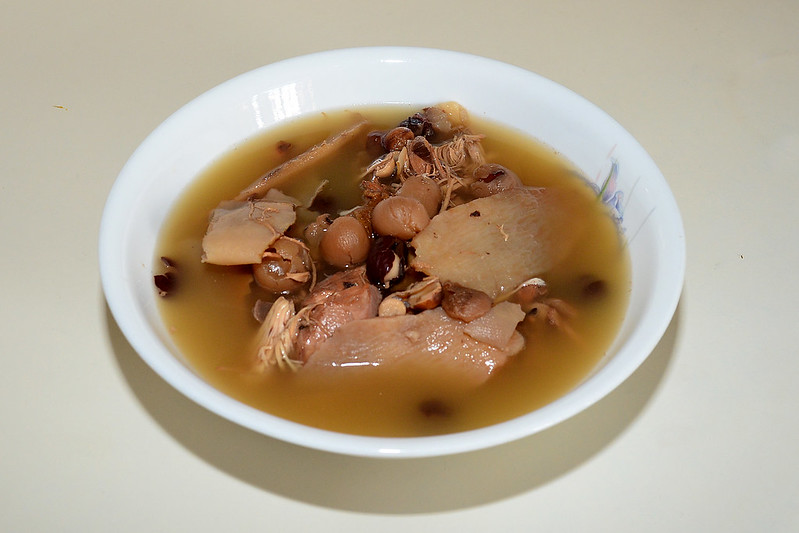 In fact, another Malaysian Wushu Expert, Tai Cheau Xuen, was also tested positive for doping, suspectedly because of some herbal supplements she might’ve took.

“And this is where the problem lies. First of all, it is hard to prove that one had unknowingly ingested a banned substance. Then, there is that lack of awareness towards the possible consequences of taking herbal supplements. Being Asians, we have a long standing relationship with herbs, herbal remedies and supplements. Many of us have grown up with the notion that because herbs are plants, and plants are natural, herbal remedies and supplements are safe.” – ‘On Atheletes and Herbal Supplements’, The Borneo Post, October 5th 2015

There are also articles linking the evil Dexamethasone with Chinese herbs and even some Ayurvedic treatments. OMG!

So it could also be possible that, at some point between the two tests, someone might have innocently boiled some traditional Chinese herbs to help Dato’ LCW with his thigh injury that eventually landed him in hot… soup? Before we end this article, here’s a takeaway lesson for all ugaiz who go to gym and have been asked by trainer to try certain supplements: Make sure you know what it contains. Or better yet, maybe just steer clear of everything that comes in a packet? As Josiah says:

When we asked how they felt about it, Josiah Ng called it a “sad incident” while Fitness trainer Lyn Kong thinks that responsibility should be placed on the doctor, saying

“In my opinion, the doctor who administered the drug should be taking full responsibility for this. Athletes often don’t know what they’re being administered and they can’t possibly keep track of what is legal and illegal. They just have to trust their doctor. I feel very bad for Chong Wei because I feel it’s not his fault; he would not jeopardize all his wins and his reputation on this.” – Lyn Kong

But no matter how this is going, many are still unwavering in support of Dato’ LCW – even non-Malaysians. The post below from his Facebook page has so many words of encouragement and defense that we literally could not reach the end of the thread.

We feel for you, Dato’. Much support 🙂