Last week, we published an article about the cops seemingly allowing the #kitalawan rally and arresting the organizers after. Since then, that article has been updated a number of times as more and more opposition leaders were arrested.

And then, just yesterday, we heard that Nurul Izzah became the latest person to be arrested in connection to the rally. Nurul Izzah also happens to be PKR’s vice president, a member of parliament, and Anwar Ibrahim’s daughter. The bolded words in this paragraph are important, as it will help answer some important questions later in this article. We spoke to Eric Paulsen of Lawyers for Liberty about Nurul’s case and the fate of the other eight #kitalawan organizers who were arrested.

But first things first, Nurul Izzah’s arrest is a little different from those of the other eight. Here’s why:

These are the 9 people arrested (so far) In chronological order of arrest:

All eight are being investigated for Unlawful Assembly under the Penal Code and Peaceful Assembly Act. But wait….

The Peaceful Assembly Act can’t get you arrested

The Peaceful Assembly Act (PAA) was passed by PM Najib as part of his initiatives to improve our right to freedom of assembly. The penalties of this new law is much less stringent, with Eric saying that it’s kinda like a traffic saman – except that the fine can be up to RM10k (No jail term though). Also, you can’t get arrested under this Act.

While Eric also pointed out a number of other things wrong with the PAA, here’s the kicker – The cops say that the organizers violated the PAA for not informing them of the rally at least 10 days in advance but this section was declared unconstitutional and therefore null and void in a landmark case involving Nik Nazmi last year.

So what makes Nurul Izzah’s case different? Well, she was asked to give a statement at the Dang Wangi police station regarding #kitalawan, but when she got there…

Nurul Izzah was arrested for SEDITION! Nurul Izzah with her children after her arrest. Image taken from her Facebook page

Yep. Nurul Izzah was arrested for making seditious remarks in parliament when she read out her father’s speech which questioned the Federal Court’s decision to jail him. In case you’re wondering, this charge carries a maximum fine of RM5000 and/or a jail sentence of 3 years for a first time offense.

Considering all the sedition charges that have been popping up lately (Eric Paulsen was also charged with sedition, BTW), you might wonder why this is even important or surprising for that matter?

Remember the bolded parts way up in the intro that we said were important? Well, the Federal Constitution gives IMMUNITY against anything said by an MP in Parliament, which is exactly what Nurul Izzah is! While there are exceptions to this immunity, it has been mentioned that none of these were brought up in her speech.

[UPDATE] Can you go to jail for insulting the judges?

Yes you can. And it doesn’t only happen in Malaysia. A reader on Facebook (Thanks Lim Sian See!) pointed out a few examples in America, Singapore, Egypt, and Russia where people were either fined or given jail time for insulting the court. This means that if Nurul Izzah had given the speech in public or in a courtroom, there would be much less argument if she kena investigated for sedition or the Penal Code for disrupting court proceedings.

However, she made the speech in parliament, so the argument still applies as to whether what Nurul Izzah said violated her immunity as an MP. We managed to find a transcript of her speech on Uppercaise so if you wanna judge for yourself, the speech takes place in page 70. On our side, we’ll…. just wait for the lawyers to fight it out.

Then how did everyone else get arrested?

Okay, so Nurul Izzah was arrested under the Sedition Act, fine. But we did mention that the PAA doesn’t allow for arrest, so how did the other guys get arrested? Well, this is where the Penal Code comes in.

Under the Section 143 of the Penal Code for Unlawful Assembly, the police CAN investigate and arrest suspects; with the added bonus of a possible jail sentence of up to 6 months if convicted.  However, an “Unlawful Assembly” requires that criminal acts took place (such as rioting or setting fires) and by various accounts, #kitalawan was noted to be peaceful.

So if it was peaceful, why arrest people using this law? Well, since the PAA doesn’t allow for arrest while this one does, think of it as a roundabout way of reaching the end goal of arresting them. 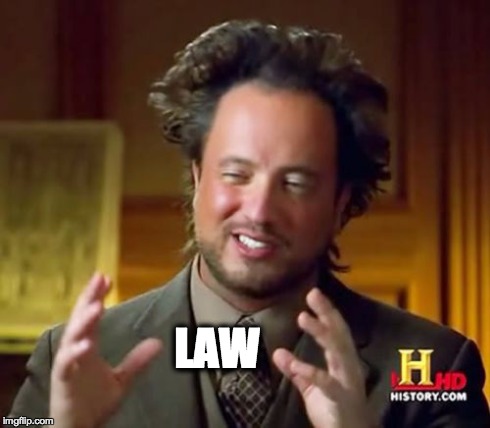 Just to be clear though, the other 8 have been arrested for investigation but not charged yet (Getting arrested doesn’t make you guilty). But still, considering that many of those arrested – whether for sedition or unlawful assembly – are from the opposition or voicing out against the government, we kinda wonder:

Are the authorities being a little one-sided here?

Uhh… well, we can’t say for sure *COUGHseditionCOUGH* but the signs out there point to the statement being true. Many of these signs also point to Inspector-General of Police Tan Sri Khalid’s handling of these cases. For example, Nurul Izzah’s lawyer has accused IGP Khalid of lying about the reasons behind keeping Nurul in the lockup overnight instead of releasing her on bail, saying:

“Khalid is lying to the public about his instructions to his officers regarding the arrest of Nurul Izzah. Khalid should know that it was obvious to all and sundry that his detention of Nurul Izzah had Umno’s political fingerprints all over it.” – R. Sivarasa, as quoted in The Malaysian Insider

Eric Paulsen has also questioned IGP Khalid’s understanding of the law in an earlier interview with CILISOS, saying that Khalid’s claim that the section declared unconstitutional in the PAA was still valid because it’s under appeal. Eric says that it’s “simply not how the law works.”

Others have also questioned why pro-BN parties such as Ridhuan Tee or “extremist” NGOs like Perkasa who make incendiary comments on a regular basis are spared from similar investigation. Or, if you feel like reading more next-level stuff, check out our article on whether or not the Malaysian Anti Corruption Commission (MACC) will properly investigate PM Najib. So, hey, what do you guys think? #CILISOSevasiontechnique

But to answer the question in the title – which is, in case you forgot:

What the authorities are trying to do by arresting Nurul Izzah?

No no, it’s not a law or anything like that, it’s a term CILISOS came up with to describe the effects of a worrying trend that’s been happening lately. Eric tells us that historically, most people who kena a sedition conviction are only slapped with a fine, but now prosecutors are aiming for prison terms. One of the more recent examples of this happening was when the prosecution sought a jail sentence for Karpal Singh under the sedition act in 2014. Karpal (RIP) was a 74-year old man in a wheelchair. Also, when you charge someone with a crime, they often have to spend months, or even YEARS defending themselves. Here are some examples mentioned by Eric:

Cases can be appealed as well… leading to more time in and out of the courtroom. And of course, we all know how long Anwar Ibrahim’s trial(s) took.

So all this time needed to show up in court, and the effort put in research that needs to be done – is time taken away from lawyers and parliamentary reps to be doing things for our country that might be actually useful – passing legislation, or changing policies. That is the Mafan Factor.

So while we won’t say we’re 100% sure that this is the reason for the arrests, one thing we CAN be sure of is that Nurul Izzah and the eight arrested for #kitalawan be kept very busy for some time.

So what can we do about it?

To be honest, we don’t know how to directly “help” Nurul Izzah and the rest, but all we know is that people like Eric Paulsen and Lawyers for Liberty are lending their services Pro bono, meaning that they do it for free or for a very small fee. 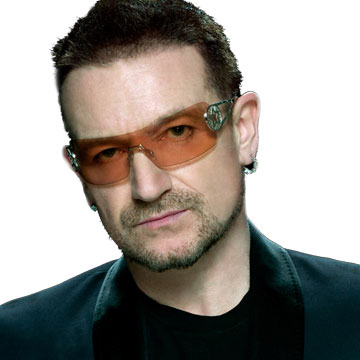 So not this kind of Bono. Image from KOPR94.net

So every time these Lawyers for Liberty people represent someone pro bono, they’re using time and resources that could instead be used to earn the big bucks in a legal firm!

We think this is pretty commendable, and so we figure that one way to help Nurul Izzah and the rest is by helping the lawyers that represent them – the same lawyers fighting to reform our laws.

Donate to Lawyers for Liberty!

After talking to Eric for some time and looking at all the work Lawyers for Liberty does, we thought that they need all the support they can get – not just money, but words as well.

If you’d like to send words of support, you can leave a message in the comments section of this article and we’ll make sure they get it 🙂