Cars have rights too. But signal first la. Image from The Rakyat Post.

Last Saturday, between 5,000 to 10,000 Malaysians (depending on who you ask) attended a rally in KL in support of Anwar Ibrahim under the #kitalawan banner. By all accounts it went on without incident, with a strong police presence. Unlike, say, the Bersih rallies however, there was no report of police interference other than helping divert traffic from the Sogo area where the protest was being held.  YAY DEMOCRACY!

Less than 24 hours later, people started getting arrested. It started with PKR Youth Chief Nik Nazmi, then PKR leaders Saifullah Zulkifli and Fariz Musa. And finally, in what can be seen as ironic comedy, PKR secretary-general Rafizi Ramli was arrested not long after lodging a police report against 1MDB. * [UPDATE TO UPDATE TO UPDATE] More recent reports have clarified that Nurul Izzah is “only” being arrested for sedition. She was summoned to the police station to give a statement on her participation in #kitalawan

The   nine are being held under Section 143 of the Penal Code and Section 9(5) of the Peaceful Assembly Act, basically for unlawful assembly (more on that below). These won’t be the only arrests though, IGP Khalid has said that more arrests are going to happen, adding that the authorities already have a list of people whom they’re going to call in for questioning, although he urged those people to turn themselves in. However, the chances of a person turning themselves might depend on how perasan they are, since the police aren’t releasing names:

“I don’t need to mention any names because the relevant parties know who I mean.” – IGP Khalid, as quoted in The Rakyat Post

We know some of you might be thinking “Well, of course people are going to get arrested. It’s an illegal assembly!” But the question is…

Is #kitalawan ACTUALLY an illegal assembly?

Along with news statements from IGP Khalid, we also spoke to Eric Paulsen of Lawyers for Liberty and our favorite ponytailed lawyer Fahri Azzat; and the quick answer is: It depends on who you ask.

THE POLICE SAY:  The assembly is illegal because the organizers did not submit a request 10 days before the event as required by Section 9(5) of the Peaceful Assembly Act. THE LAWYERS SAY:  No one, not even the police, have the power to declare anything as illegal outside the court of law.

In fact, they were both surprised that the IGP was citing Section 9(5) of Peaceful Assembly Act as reason for declaring it illegal as this section was declared void with immediate effect in an earlier court decision last year. Eric Paulsen adds that the 10-day requirement is “a very long time in political terms” and the authorities may sometimes also impose unfavorable conditions, such as a different venue or time. So as far as the lawyers are concerned, this assembly is NOT ILLEGAL.

However, IGP Khalid argues that the court decision is being appealed so it’s still applicable.

“That particular issue is being appealed. So you cannot said yet it is unconstitutional until and unless it is been finalised.” – IGP Khalid, as quoted in The Malay Mail Online

Eric Paulsen disagrees, saying that because the court decision took place immediately, it means that the law stay void until unless ruled otherwise during the appeal (Which is basically the opposite of what the IGP is saying). But in any case, as far as the police are concerned, the assembly is ILLEGAL.

NAH, BACA:
Malaysia has new pimps on the rise, and they're a LOT closer to us than you'd think

If the police say it’s illegal, why did they allow it? Well, we don’t know for sure what the reasoning was (or even going as far to say that they allowed it), but Fahri provides a possible explanation:

This means that although the police might deem the event illegal, they still have to be there regardless to prevent further crimes from happening. It’s quite a shame that the arrests happened too, since Eric was quoted in The Rakyat Post on the same day of the assembly saying:

“Today’s well handled and peaceful assembly has probably enhanced our image on the international platform as it shows that the Malaysian government is one that can tolerate protests, even when it is directed at the ruling government itself” – Eric Paulsen, as quoted in The Rakyat Post

This was followed by:

Oh, and speaking of arrests….

Why did they arrest those 4 fellas? 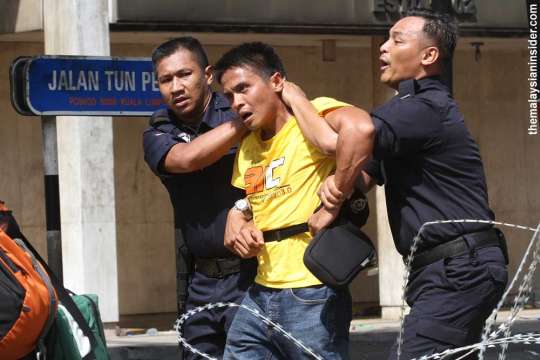 THIS IS FROM BERSIH 3.0. Nobody got arrested during #kitalawan. Image from The Malaysian Insider

Now if you remember, members of the public were arrested during the Bersih rallies. Take this in contrast to #kitalawan, where the four arrested were all PKR leaders. The reason for this isn’t that the cops are targeting Opposition leaders, but rather they’re targeting the event ORGANIZERS. Here’s an example of one of the clauses in the Public Assemblies Act:

“An organizer shall ensure that an assembly is in compliance with this Act and any other written law.” – Peaceful Assembly Act 2012, Section 6(1). Emphasis is ours.

This means that the Peaceful Assembly Act specifically targets organizers rather than attendees. In case you were wondering, non-organizers will instead be charged under the Penal Code if they get caught for causing trouble. So in this sense, it’s back to the same argument of whether or not the Public Assembly Act is valid or not.

However, Fahri does say that the police are within their power to investigate the #kitalawan organizers under Section 143 of the Penal Code, although both he and Eric maintained that it’s meant for public disorder (such as rioting), which didn’t happen during #kitalawan. So in this sense, the police probably won’t have a case.

By the way, we would like to clarify that “arrest” isn’t the same as “charged”. The four people were arrested to facilitate the investigation but they have not been charged with anything yet.

So is this a good thing or a bad thing?

Well, let’s break this down… 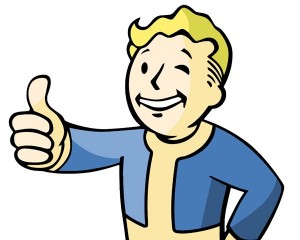 A political assembly happened and there were no clashes between the public and the law. 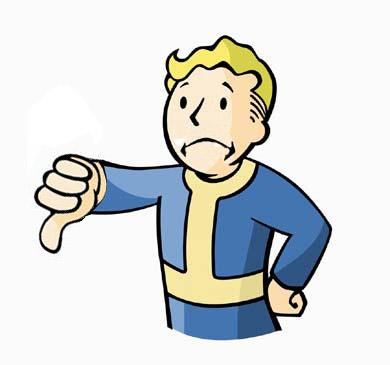 The arrests that followed are highly questionable as the police might either be unclear of or misinterpreting the laws they are trusted to uphold. Despite the questions over the legality of the assembly, we can’t stress enough how comforting it was to hear from the news that the assembly went on without incident and the cops helped smoothen out the process.

So because we’re optimists, perhaps #kitalawan might be a right step towards our rights as citizens to hold peaceful assemblies, with no instigation nor trouble from both sides. After all, wouldn’t it be nice if #kitaLawan could be changed to #kitaKawan in the future?   😉