Last month, Japan surprised everybody by making it to the finals of the Thomas Cup, and then going on to win the trophy. Miracles do happen. So we thought, with Singapore’s national football team getting more and more terror these days, what if our neighbours made it into the World Cup in Brazil? Far-fetched? C’mon, it’s easier than getting their cooks to prepare a decent plate of Char Kway Teow at least. Here’s what would happen in Brazil:

1. Singaporeans would chope each seat with a packet of tissue. The almost universal language of ‘This seat is taken’. Picture source: Google smoogle.

If tissue packets don’t have or forgot to bring, umbrella also can.

2. The Singapore team would consist of exactly zero (0) Singaporeans. Unless the local boys really up their games, the only way in is to import players and make them naturalised citizens. Either way, Singaporeans will still support their team even if no one can speak the local language. Side note: CILISOS understands PM Lee once tried to raise the retirement age for national footballers but that didn’t work out too well.

3. Religious leaders would bless the team before every match. It started with The Singapore Formula 1 way back in 2008. Now, whenever a major event happens in Singapore (where to erect the next ERP gantry for example), the gamen would summon all the religious leaders to bless the grounds.

4. Every action, big or small, would be front page news.

Making it to the world cup is a major achievement. So why not remind the population with daily front page coverage of the latest and most exciting happenings in Brazil?

NAH, BACA:
Are Malaysian taxi drivers really evil? We explore why they might not have a choice.

What chew you looking at? Picture source: Somebody’s tumblr

Singaporeans aren’t exactly known for their rowdiness. Queues out of the stadium would be proper and orderly. Maybe even colour coordinated. Unlike Japanese fans however, they probably won’t be leaving behind a clean stadium. You might (will) find a leftover chewing gum or two beneath the seats.

6. Roy Ngerng will have more things to write about Singapore’s most infamous blogger might be tempted to put his writing skills to the test by blogging about say, how Brazil’s homeless are even more homeless after the gamen used their land to build football stadiums.

7. Brazil’s skyline will have a new distinct feature. 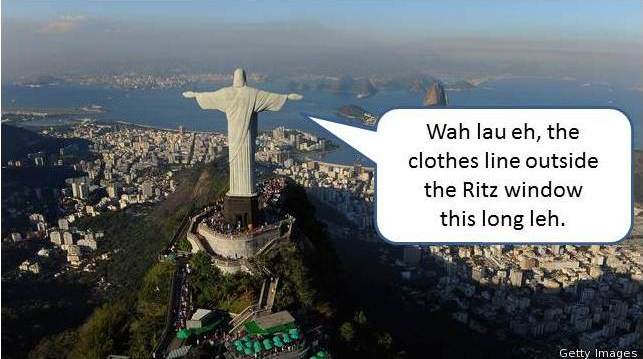 How else would Singaporeans dry their laundry? Also, Brazil’s a bit hot, so fans will have to wash often, and preferably at the hotel since the Laundromat charges double during the World Cup.

8. Singapore food will always be the best 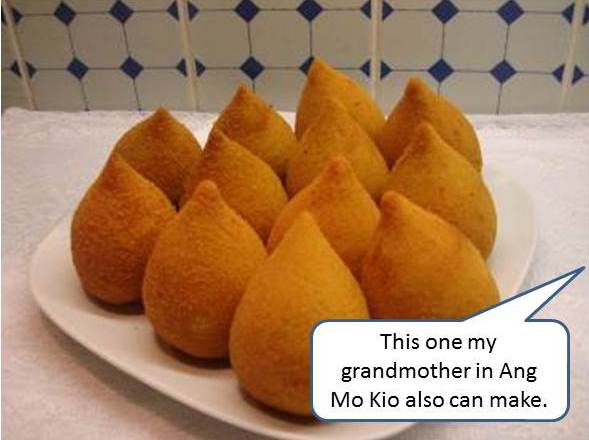 Yep, definitely Singaporean. Picture source: Do we really have to tell you?

Fans would talk about how much better Singaporean food is, compared to Brazil. Some would even declare that Coxindas, a traditional Brazilian dish, is originally from Singapore.

9. Fans would find something to complain about 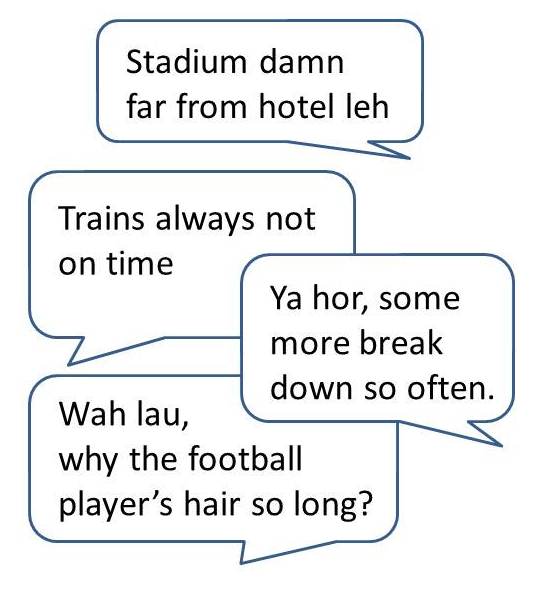 I say, you say, we all say. Picture source: Homemade

Nothing escapes the sharp-eyed Singaporean. If something is not right, Singaporeans must tell everybody about it. It’s a patriotic duty, every baby born in Singapore knows this.

10. There will be a bid for the Guinness books of Records 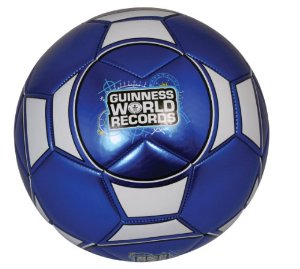 Singaporeans love being associated with world firsts. They might even score a few in Brazil. Let’s see. For Fastest send off and Most own goals scored, maybe? Ok la, a world record is a world record. And finally, even if Singapore got kicked out in the first round, it would automatically be considered a win.

No le, we actually love you guys la. You wanna see more evidence of our love? Visit our SINGAPOKE section!