When we made a trip to the National Library, we quietly squealed (because library) when we caught sight of a microfilm reader – y’know, those machines that read little spools of tape containing pages from old newspapers and magazines that people in horror movies usually look through to eventually find out that their house was actually used as a site for bizarre ritual murders? Yeah, those things except for the horror part.

We eventually found where they were located, and were mesmerized by the wealth of information stored within those little strips of film – each frame a window to the past, a linear narrative of Malaysian history.

And what did we do with all of this? We wrote a listicle (Thanks Mira!). While the National Library does have a pretty extensive list of publications in their microfilm archives (dating to 1897), some were missing or incomplete, leaving us with only two from that period – Berita Harian and the Malay Mail. We left out the Chinese and Tamil publications because this writer isn’t 1Malaysia enough in his languages.

You can click on the images to view the full article, but be warned that some text may not be too legible because, well…. old already la.

In order to enjoy the full nostalgic experience, we recommend that you play this song in the background.

Alright. Ready? Hop onboard and take a ride on the CILISOS time machine to the original Hari Merdeka!

1. Support for Malaysia from a place you least expect – July 30th 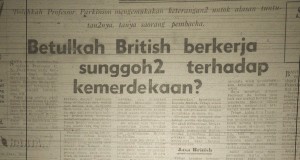 Here’s a reader-submitted letter addressing an earlier article written by a Professor C.N. Parkinson which suggested that the Malayan independence was a result of the British administration as well as something “bestowed” (pengurniaan) upon by the British.

You may also notice that the writer disputing Prof. Parkinson is from Singapore, which was at the time, still part of Malaya. Weird times, huh?

2. The Malayan flag will fly in London – July 30th 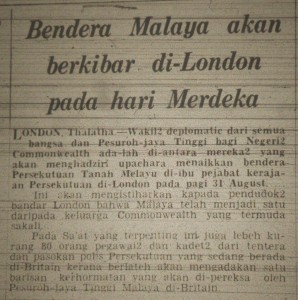 The headline mentions that, in order to notify Londoners that Malaya would be newest addition to the Commonweath, the Malayan flag would be flown in London on Merdeka day…… but at the Federal (Malayan) government headquarters. Nice clickbait, person who came up with headline. Nice clickbait. 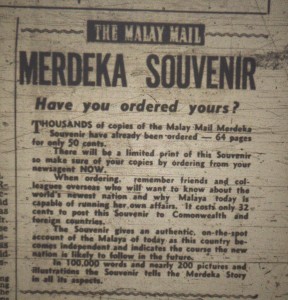 We tried looking for a copy the Malay Mail’s souvenir edition in the microfilm, but it wasn’t there 🙁

Since “thousands were sold,” anyone out there got a copy? Send some shots to [email protected].

4. One of the first words from our first Agong – August 5th 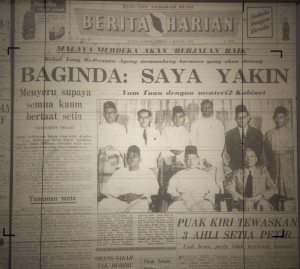 These are one of the first few statements of the newly-elected Yang di-Pertuan Agong was that he was “confident of an independent Malaya.” He also stressed that loyalty was essential, and asked people of every race to cooperate and live well and in peace. 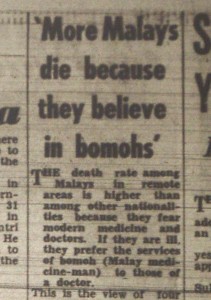 All we can say is this: 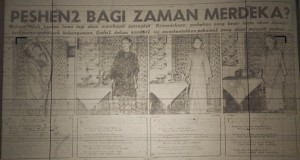 Funny enough, both publications touched on the topic of fashion on that day. While the print on the Berita Harian article is far too degraded to make out the text, we can surmise that it’s a series of ethnic clothing inspired by the different races in Malaysia.

7. Our national anthem was a pop song – August 14th

Some people were unhappy that the tune of Negaraku came from a popular song called Terang Bulan, which in itself was adapted from a French melody.

NAH, BACA:
Eh, is the gomen right to ban vaping?

The snippet addressed why the tune shouldn’t have been used, since the use of a popular song would mean that it wouldn’t have the dignity of being a national anthem when strippers could be singing it. Yeah, we had strippers back in those days.

Oh and if you look at the column on the right you’d see that even after 57 years, our public toilets are still (literally) crap. Good to see that some things never change. 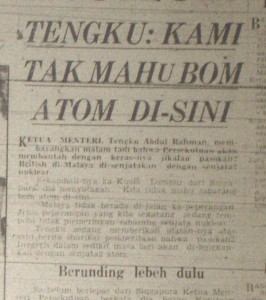 When we came across this headline, we were like “whaaaa~??!” cause we never heard about Malaysia having atomic bombs back in school. Funny thing is that there wasn’t any mention of this in the Malay Mail, cause you’d think that with cold war tensions looming it’d be pretty big news.

Aha, but it seems that the British had secretly stored nuclear weapons in Singapore. There is also one resource that claims that it was a mixture of live and dummy bombs to be used for training purposes. We really can’t verify any of these, so don’t go questioning your sejarah teacher just yet. Leading up to Merdeka, there were ongoing attempts to reach some sort of solution to the Malayan Emergency which included making peace with the Malayan Communist Party. 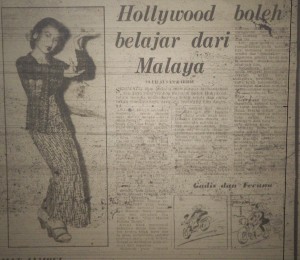 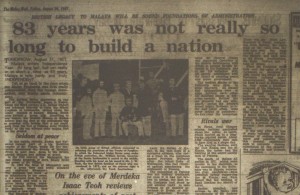 With the byline “British Legacy to Malaya Will be Sound Foundations of Administration,” you kinda know where this article is going. It gives a brief chronicle of Malaysian history from Melaka to Independence, with focus on how the British helped in transforming the landscape of the country, driving it towards eventual independence.

This is where we ask you to relook at the first entry in this article. 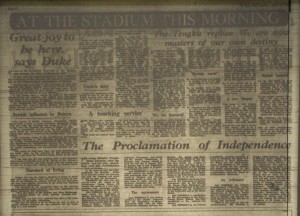 “We are now masters of our own destiny.” You can almost still hear the optimism in those words.

13. People used to write ballads in the newspaper – August 31st 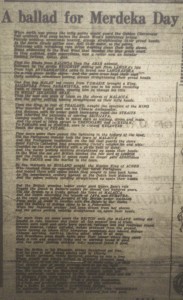 We thought this was cute in a old-timey sorta way. Nobody writes ballads anymore.

Unless they happen to be Phil Collins. 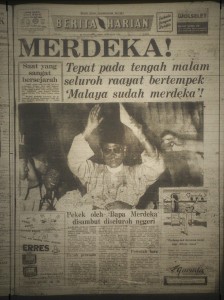 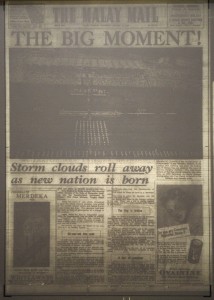 By now, you may have noticed that most of the articles we’ve selected in regards to reports leading up to Merdeka are from Berita Harian. This isn’t an intentional choice, but because Berita Harian reported on it way more than the Malay Mail did. We figure it’s probably due to the audience each newspaper caters towards, with the Malay Mail targeting expats and Berita Harian’s target audience being locals. There was definitely a more pro-British vibe coming from the Malay Mail as well.

Reading these old editions, we’ve come across many things which caught our eye such as advertisements and even the reporting language back in the day. While we couldn’t really include those here, we could include them in future articles *hint hint*

On a distressing note, we found that a few of the microfilm reels were degrading or outright damaged from age. We don’t know if there are electronic copies of this in the National Archive, but it’s sad to know that entire archives of our history may not be available to those looking for something richer or more authentic than a Wikipedia entry.

So what we’re trying to say is, give some love to our National Library when you can. They really aren’t used to people staying in till closing time.