The JMM guys that protested Cadbury Malaysia for having piggy DNA have opened up a huge can of something.

We did some research, and if things keep going nuts, you’re gonna see alot of very-skinny, un-moisturized Muslim brothers and sisters very soon. Almost EVERYTHING might have pork DNA.

Halal food is big business in Malaysia, as we’re seen as one of the leading producers of it, exporting some US$10 billion worth of Halal products. However, with today’s complicated manufacturing processes and even more complicated supply chains with hundreds of generic ingredients in each product, it’s not always practical to trace where all these ingredients come from. Before we start, let us just say here first. WE HAVE NOT DONE ANY DNA TESTING OF OUR OWN! What we have done, is our usual inconclusive, totally amateur research. So take this with a pinch of salt – here are some of the items you might be buying that MIGHT have pig DNA. Glycerin is made from many sources, one of which is piggy bone fat. In toothpaste, it gives you that gummy texture. It also attracts moisture, which is why it’s a common ingredient in skin creams. We should mention though, that pig bone fat is just one of many sources of glycerin – there are kosher and vegetable sources of gelatin, which are considered Halal, so this one can be somewhat avoided. Back in 2009, the UK’s Daily Telegraph ran an article about cigarettes containing pork DNA. Apparently, a pig’s haemoglobin, derived from its blood is commonly used in cigarette filters to make them “more effective at trapping harmful chemicals before they could enter a smoker’s lungs. Unfortunately, we don’t recall ever having seen a Halal marking on cigarettes, and these things have been selling for years. Oddly, our investigation lead us to this Wikipedia that states that there is a fatwa in Kuala Lumpur that makes smoking illegal.

In fact, there’s an article on e-fatwa.gov.my about it as well. SMOKING IS ACTUALLY HARAM!

Anyway, piggy haemoglobin is also used as a colouring agent for certain brands of dog food. So maybe that’s why dogs aren’t Halal. Or are they? In this interesting article, the Muslim writer actually states that dogs aren’t haram – in fact, it’s haram to mistreat them. Tell that to this jackass. If you do touch a dog’s fluids – e.g. saliva etc, you’re advised to wash the part that came into contact. Makes sense 🙂 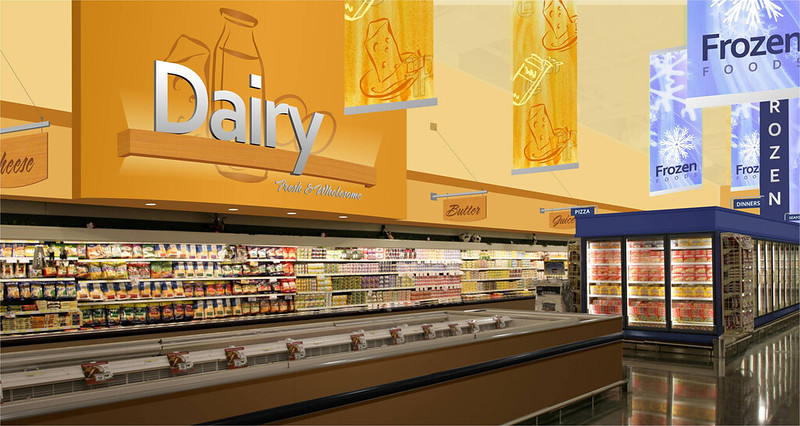 Gelatin is used in MILLIONS of products – it makes fruit juice clearer, ice cream melt slower, stabilises cream cheese, and even bonds sweets together. In fact, even the rubbery lining of pills and insulin shots contain gelatin. But what is it? In simple terms, gelatin is melted down animal goo. It’s derived from connective tissue, bones and tendon that’s boiled to oblivion.

This is why vegans don’t eat gelatin. Among these animals, yes… pigs are considered an affordable source. The surprising fact is that most gelatin isn’t considered Halal, even if from other sources.

Bummer. So what’s a true Muslim to do? Well, there’s Halagel, which looks more like a sales pitch, but is actually approved by our very own JAKIM. But there are loads of other products on the www.halal.gov.my site that are registered as Halal. Do they all use Halagel or fish gelatin?

4. L-CYSTEINE – Bread and all kinds of dough-based products L-Cysteine is an amino acid that’s often used to soften bread and other products. You can find it commonly on the ingredients list of most commercial breads. And yes, once again, one of the sources is the humble pig. Other sources include dead chicken/duck feathers or … human hair!?

Ew. I’m not sure which one is worse. Apparently 80% of the world’s supply comes from China, and most of it is feathers and human hair. So, you’re safe right? Wrong. In the eyes of Islam, only synthetic L-Cysteine can be used for Halal certification.

NAH, BACA:
Pos Malaysia increased the cost to send mails. But how much different is it from 1957? So, no surprise here. Evil Chinese peepur (like from CHINA, who support LIN DAN for reals yo) are labelling everything as Halal – just to improve sales in the province of Xinjiang, amongst the Muslim nationals of China. This line in the article from RFA was quite funny.

When asked if the company could run afoul of authorities and lose consumers in Xinjiang if it was discovered that it was falsely labelling its products, Luo responded, “It’s not a problem.”

Another interesting fact is that for some strange reason, Haw Flakes (which look totally non-Halal because they look like bits of ham) that carry the Halal logo are commonly found in East Malaysia, but strangely enough not here on the mainland.

Forgive the product placement, but yes… the last time this whole non-Halal pork thing emerged was actually because of Tabasco sauce 3 years ago. What’s interesting with this case is that JAKIM originally announced that they found porcine DNA in HP and Tabasco Sauce. But then Heinz came out and said that they WERE certified Halal by various international organisations, like HAC (Halal Audit Company), where its factory is based, and IFANCA in America. In fact, we even found Tabasco-approved menus on www.halal.gov.my.

And sure enough, in 2012, Tabasco magically got its Halal cert back. So which is it? It’s scary to think that the one organisation in Malaysia that is the Muslim’s world’s spiritual food-taster can change its mind like that.

So we called them Posing as a manufacturer of Cilisos. Duh. We wanted to ask exactly what the process was, and what kind of testing they do for products before approval.

1. They ask for your company details, process of manufacture, product artwork and a list of ingredients together with any certs they have.

2. They send someone over to audit your facilities. This includes having at least two paid Muslim staff in production.

What’s important to note here is that all CHEMICAL TESTING is borne by the manufacturer, and only relevant certs are submitted for approval. JAKIM doesn’t ask for any product samples whatsoever.

No chemical testing is done by JAKIM itself on the initial certification. What they do is submit products for testing upon complaint.

The point here is that there’s alot of wiggle room. JAKIM approves millions and millions of products a year. To ask them to test everything would increase the cost of everything. Yes, someone who wraps the chocolate might have just eaten a plate of charsiew rice. Even with gloves and a facemask, is it not impossible for a triollionth of a gram of charsiew to make it onto the bar?

So what we’re really saying is…

Why are we so focussed on this one thing? One example of verses from the Quran on pig consumption:

He has made unlawful for you that which dies of itself and blood and the flesh of swine and that on which the name of any other than Allah has been invoked. But he who is driven by necessity, being neither disobedient nor exceeding the limit, then surely, Allah is Most Forgiving, Merciful.

Incidentally, most people don’t know, but Christians have a line in The Bible that prevents them from eating pork as well.

“And the swine, because it divideth the hoof, yet cheweth not the cud, it is unclean unto you: ye shall not eat of their flesh, nor touch their dead carcase.” – Deuteronomy 14:8

UPDATE 30.5.14: And oops. This line is from the Old Testament, so it only applies to Jews #learnsomethingneweveryday, and not Christians. Thanks @Dante Ting and @Jan Yuen for pointing this out.

Can these religious organisations claim they are truly sinless? In fact…

Who here can say that they are truly sinless?

Malaysian Insider columnist Abdar Raman Kohya put it very aptly in his post today, which calls on Muslims to be moderate.

“When a host shows us the qiblah (the direction Muslims turn to during prayer) in his house, we do not click the compass app on our smartphone just to make sure.”

But do we pursue these other possibilities with as much purity as a bar of chocolate? No. And besides, even someone who’s not religious could have told you that…