We never thought we’d live to see the day when marijuana (aka ganja, weed, cannabis, etc) might be legalized in Malaysia, but here we are. This is following Daddy KJ’s announcement last week products with cannabis in them technically aren’t illegal if they’re used for “medicinal purposes”, and they can be imported and used here… IF they comply with our laws. If you know, you know.

Thing is, despite people getting marijuana from sources like Dr. Ganja for both recreational and therapeutic purposes, not many of us (including the CILISOS geng) understand it’s effects on different types of medical conditions, so we thought why not take this opportunity to find out for ourselves whenever, you know, marijuana becomes a valid medical option? After looking through a truckload of research papers on the subject, here’s what we can tell you…

Disclaimer: we’re NOT encouraging anyone to take weed recreationally. Then again, we’re not the weed police, carry on.

Cannabis ain’t gonna be enough to cover up that much pain. Img from KirbyJonas.com

Pain is the single most common use for medical marijuana in the United States, according to this article published on Harvard University’s blog. Peter Grinspoon, the doctor who authored the article, claims that while marijuana isn’t quite good enough to manage severe pain from say a broken bone, it is effective for chronic pain (pain that lasts longer than three to six months), in particular pain caused by multiple sclerosis and nerve pain.

Other sources point to a more… mixed bag. Like more mixed than a packet of nasi campur. One study from 2020 said that marijuana is kinda effective for several types of chronic pain, while another meta-analysis concluded that weed wasn’t much better than taking a sugar pill to reduce chronic pain. Yet another analysis of multiple studies from this year (2021, as of time of writing) very slightly favors marijuana as an alternative form of pain relief for people suffering from long-term pain.

On top of all that, the President of the Malaysian Association for the Study of Pain (MASP), Dr. Mary Suma Cardosa also cautioned that there’s a lack of adequate evidence supporting the use of marijuana to treat pain. The only consensus we could make out was that… there was no consensus. Spoiler: it won’t be the last time this is gonna happen. 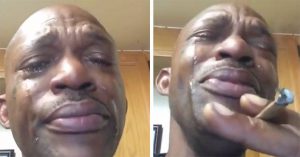 Smoking up to wind down after a long day isn’t an alien concept not just in places where recreational marijuana use is legal, but also here in Malaysia. It’s not that we have first-hand experience (cough cough) – local scientists found from interviewing a bunch of cannabis users that they mainly use it to relax after work.

When you’re done with a busy day at work, you wanna kick back and relax. So, someone brings a joint and you’re just like de-stress together […] I’m quite an anxious person, so after taking a joint it just makes me very relaxed. I’m not that anxious after smoking a joint. – “Cutie”, interviewee

There’s also this 2015 study by the University of Buffalo suggesting that certain components of marijuana could reduce depression from chronic stress. Here’s what a senior researcher who worked on the study had to say:

That’s good, right? Goodness knows we all need something to drain the depresso in life’s espresso cup.

Dr. Samir did follow up the statement with a caveat; everything they’ve done so far have been on animal subjects, and there’s a long way to go before they’ll know whether it’ll work as well for humans or not. Even more damning, authors of a study published in 2020 thought that marijuana could potentially make depressive symptoms WORSE. How’s that for a plot twist? 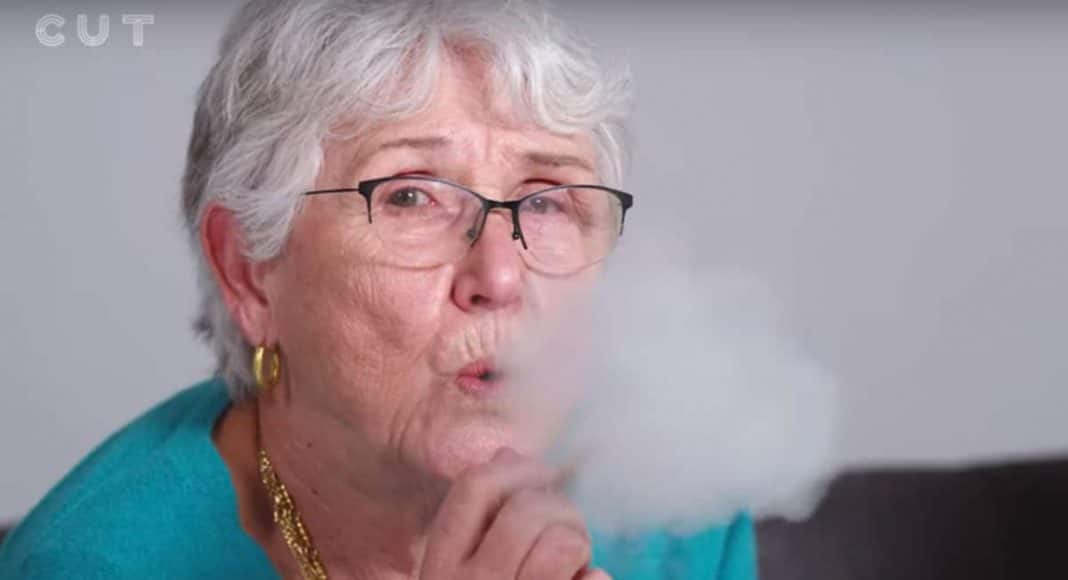 “Dad? Why does Grandma only recognize me when she smokes up?” Img from The Fresh Toast

In case y’all haven’t heard or don’t remember (heh heh) what Alzheimer’s is, it’s a disease that most commonly occurs in older people; with the most recognizable symptom being memory loss. If you’ve had a family member with Alzheimer’s, you’ll know how devastating it is to the patient and their loved ones.

Well, there’s good news and bad news. The good news is that there’s some proof that cannabidiol (CBD), a component found in marijuana, is useful to treat and prevent Alzheimer’s. An analysis of 86 studies worldwide was published in 2019 by some South Korean scientists, and the evidence suggested that CBD, when used together with another naturally-occurring chemical found in marijuana, THC, could help slow the progress of Alzheimer’s.

…You’ve probably noticed the trend by now, but the bad news is that the effects of marijuana on Alzheimer’s is a little divided. A paper published in 2017 revealed that marijuana actually caused less blood to flow to all parts of the brain. The restricted blood flow especially the hippocampus. That’s the bit of your brain most associated with memory and learning (nothing to do with hippos). It’s also the first bit to be affected by Alzheimer’s. Yeah, getting your grandma stoned isn’t a guaranteed way to get her to remember your name again. Sleeping with VS without marijuana.

Sleep is such a crucial part of every adult’s life, yet not everyone gets their 8 hours a night, and we can see why insomniacs are gravitating towards marijuana as a more “natural” alternative to sleeping pills… since weed apparently makes people sleepy. There’s authority to back this up too – Dr. Ryan Vandrey, professor of psychiatry and behavioral sciences at John Hopkins University says that there’s data to say that THC can help you fall asleep in the short term.

Falling asleep easier doesn’t mean your sleep quality is improved. A study done by University of Michigan concluded that depending on how often a person uses marijuana, it might stop helping them sleep or at worst, they might see a drop in their sleep quality. According to the study, as many as 40% of daily users had insomnia while only 10% of non-daily users experience difficulties sleeping. There goes the writer’s fool-proof plan to get proper sleep.

Research on marijuana for medical purposes is still in progress

We’ve only listed four conditions that marijuana is supposed to help, but there are heaps more out there, like epilepsy, multiple sclerosis spasticity, glaucoma and Parkinson’s disease. That’s not to say marijuana’s a miracle herb tho – it’s the opposite. If there’s one thing we can say from doing research for this article, it’s that almost every scientist is saying the same thing: For y’all that are looking for concrete answers, we’re sorry we couldn’t give you that… But hey, here’s something you can take away after reading this article: just because it might be legalized here, it’s still best to do some research and talk to your doctor before buying into the weed hype. Otherwise, a bad trip’s gonna be the least of your worries.