No matter who you are, music is sure to have played a big part of your life at some point or another. For many of us, it was the childhood piano lessons that we were forced to enjoy growing up, cos Asian parents. Blood, sweat, and tears. And that’s just the warmup!

But what about the people who actually kept at it and developed their skills to the point that it was able to put food on their tables? Ugaiz might imagine the life of a musician to be all fancy and glamorous (cos Hollywood and the Grammys), but the reality of the local music scene is veryyy different. When we asked local musicians (both up-and-coming and established) their thoughts, it turns out that it’s not all ca$h money and parties; being a musician is actually one of the toughest jobs around, especially in this country. It doesn’t help that they have to tahan some really ridiculous comments and questions from people around them, whether it’s friends, family or venue owners.

Soooo, here are 5 things that local musicians are sick of hearing, along with their responses to these things.

One of the most common pet peeves of music artists in this country is that people expect to get music for free, cos Malaysians, we like free stuff maa. But guess what? It’s actually hurting their livelihood everytime someone tries to shortchange them:

“People expect music for free. Free concerts, bootleg music, and ‘friends’ asking if you can play for free! Meanwhile in other countries ticketed concerts are regularly being sold out!” – Aubrey Suwito, composer, producer, and musical director for Datuk Siti Nurhaliza 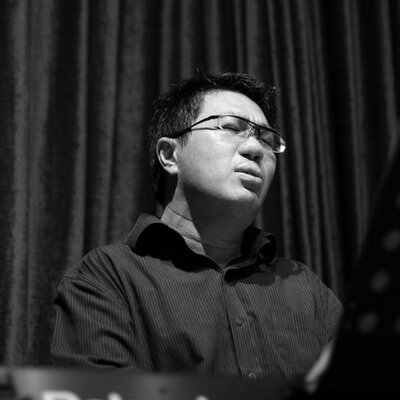 Cos let’s face it, people need money to make music, and if no one paid for music, well, we’d have to resort to making our own ‘greatest shower hits’ collection, and no one wants to hear that.

In fact, money is one of the reasons many genuinely good musicians are forced to quit their craft, according to Jenny Chin, musical director for Dayang Nurfaizah, because, as she says, some venues actually pay by profit-sharing only, which means no crowd = no $$$. Adding to the problem is the fact that people still download music illegally, according to Datuk Zainal Abidin, the legend who gave us hits such as ‘Hijau’ and ‘Ikhlas Tapi Jauh’:

“The major problem we are facing now is that our country still ignores the legal side of the industry… there’s still free downloading, the way they distribute the royalties and the rights of the artists are still going haywire.” – Datuk Zainal Abidin 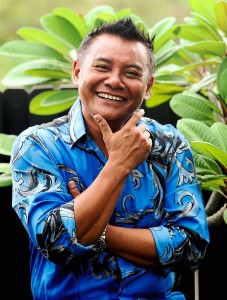 Of course musicians do need exposure to get femes, but, end of the day, exposure alone kenot cari makan wei. Which leads into our next common non-PC music comment, which is…

Imagine practicing for countless hours and studying the science of making nice sounds in order to be recognised as a proper musician, only to be told that what you do isn’t a real job. Really potong, yes, but sadly this is what many musicians have to go through. Despite the fact that Malaysians spend 148 minutes a day on average on Spotify (about 10% of your day), the industry as a whole still suffers from a lack of validation from the Malaysian public, says Aubrey Suwito. Jay Ivanez, a music student and performer, shares this view:

“My dad still thinks that music should be kept as a hobby. Most of us grew up learning that passion does not pay and so we bury it for sake of financial stability . If you tell people that you are a musician, not all of them will see it as an actual job.” – Jay Ivanez, music student and performer

Which is really a shame because according to Gurdave Singh, a music student at Musicians Institute Los Angeles (the college that gave us Synyster Gates from Avenged Sevenfold), in Western countries, people have the exact opposite mindset when it comes to pursuing their passions:

“In my apartment block alone, more talent than I have seen in my life. It scares you, because my apartment has nothing to do with my college (it’s far away)!” – Gurdave Singh, music student, Musicians Institute Los Angeles Actually, our country oso got loadsa talent, but like Jay says, there’s an element of shame in being a musician here so not many people wanna be actual musicians lo. Guess that ‘greatest shower hits’ thing is happening after all. 🙁

So you’ve written your next hit song. You’ve spent hours coming up with a melody, churned out lyrics, and lost sleep trying to make it sound just right. But when you try to take it to a local music venue, what do they ask you to play? Ed Sheeran’s “Shape of You”. For like, the 292854252938th time.

It’s actually been so overplayed that even he hates it. We’re not kidding. Image from: Tumblr user @zima_chuk

Yeah, covers are nice and all but in reality, most musicians would like to show off their own ideas rather than to keep playing other peoples’ songs.

“It may be fun at first but musicians with the slightest inkling of artistic integrity will feel as if they are selling out… most musicians choose this route because they need money.” – Jay Ivanez, music student and performer

Because, Jay says, original songs actually pull in the least amount of cash for an up-and-coming musician, and as you’d expect, it takes time to be noticed and liked by the community.

Now don’t get us wrong, we’re not hating on covers, because there are some artists who can make a living off of covers, especially fingerstyle guitarists like Sungha Jung. But even he writes his own music, and while covers are good for getting started, it’s not something most artists would wanna go on doing forever.

4. “He made it as a musician, sure got gomen support wan”

Given that it takes some serious $$$ to get started with pretty much anything, you’d probably be forgiven for thinking that musicians who make it big get some help from gomen bigwigs like how they do in the US, right?

Buuuut guess what? In reality, our gomen is actually spending less and less on music. In the latest Budget 2019 presented by Lim Guan Eng earlier this month, aside from a RM30 million allocation for the National Film Development Corporation (FINAS), arts and culture were completely left out from receiving any additional funding. In fact, the situation is so bad that even our own Malaysia’s National Symphony Orchestra has no money to organise regular concerts!

That’s right, our national orchestra is broke. Image from: mpo.com.my

And it turns out, the funding problem happens at every level of local music, even the ones who’ve made it big. It’s actually one of the reasons why local musicians find it hard to export their music overseas:

“Our country looks at the entertainment industry as a last priority… we need support from the government and also the public sector for us to export our talent outside our country.” – Datuk Zainal Abidin

While we have some pretty talented people like Yuna, Shila Amzah and Zee Avi making waves internationally, the world is still missing out on a lot of our homegrown talent who are willing to go the distance, but are set back because of financial costs: to give ugaiz perspective, it can cost between RM300,000 – RM400,000 to make a 10-song album in Malaysia!

Being a musician in Malaysia, like in any job, has its ups and downs

While there’s lots of problems dragging down our music industry, it isn’t all doom and gloom. After all, it’s not like musicians are begging for spare change on the streets. Kevin Choo, a saxophonist, says that the local music scene is in a relative sweet spot compared to even the US, because any musician, regardless of talent or proficiency, can make a living wage here through music:

“Basically, on average, you’re not gonna be rich or have financial security, but you certainly won’t starve to death.” – Kevin Choo, saxophonist 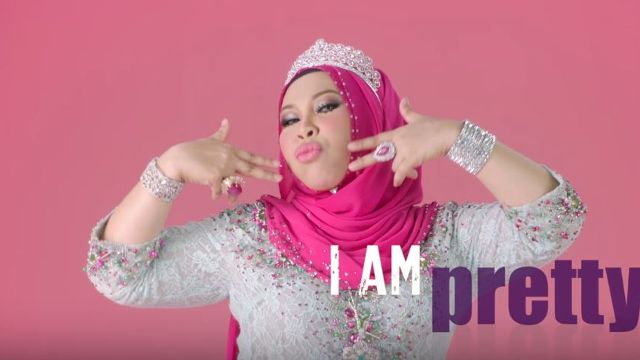 All it takes is a YouTube music video and boom, you’re good to go! Image from: Berita Mediacorp

But at the end of the day, like with any industry, it takes grit and determination to achieve success. And with the music business especially, it’s important to put in the hours for not just technical expertise, but also in building a community, because if you can’t build a following, you can’t sell your music, right?

“Without the routine of a daily schedule we lose focus of our career goals and will soon find ourselves never improving… With how quickly things move in our industry we will eventually become irrelevant.” – Russell Curtis, lead singer for The Rowdy Gentlemen and owner of Russell’s KL at TTDI

“If you have nothing to stand for, what do you fall for? You can tell what separates successful bands/influencers/artists in this country is the ability to know their market, provide what that market wants and build communities.” – Christian Palencia, singer-songwriter

Share this article:
NAH, BACA:
We found an incredible place in KL that serves dinner meals from as low as RM1!