Happy New Year! It’s the season for new year resolutions and terrible ‘I haven’t… since last year’ jokes, but at the same time, 2019 also just found it’s first Malaysian financial scandal. We’ve already seen the likes of Najib, Zahid Hamidi and Ku Nan be hauled in for interrogations, and it seems as tho the latest to join the club is former Transport Minister Liow Tiong Lai.

So it seems as tho the trouble here appears to be the Vehicle Entry Permit (VEP) system, which was announced back in 2015. It’s been delayed a number of times already, and we’ll explain more later, but long story short the contract given out had some funky stuff to it, such as the company that was handed the contract only having RM35.54 in its account when it got the deal. Yikes.

But to fully understand the story – and also cos we at Cilisos quite cheong hei #ihatecilisos – let’s first take a look at the VEP system that’s at the center of the scandal.

Alright so this tale starts back in August 2014, when Singapore increased the entry fees for foreign vehicles coming into Singapore – which is mostly Malaysian cars laa, unless there’s a secret Singapore-Thailand road we don’t know about. Malaysia would respond tho by raising the Causeway tolls on their side later that month…. only for Singapore to also do so on their side of the Causeway. Talk about being kiasu huh. Since at that time Malaysia didn’t have an entry fee for foreign cars entering the country, the then-Umno Youth Chief Khairy Jamaluddin said that the then-govt would be considering implementing their own version of the entry fee. Lo and behold, such a thing would eventually happen as the Transport Ministry announced a Vehicle Entry Permit (VEP) for Singaporean cars entering Malaysia in 2015. They would first need to register for a VEP which provides a RFID card that costs RM10 before entering Malaysia, and then fork out another separate RM20 charge for each time they actually cross the border.

The VEP RFID card originally planned to be implemented by August 2015, but would be postponed to Sept 2015, and then again postponed to Oct 2015. And then guess what? Surprise, surprise, it was delayed again all the way to the next year, and was scheduled to finally be implemented in Nov 2016. The VEP RFID system still wasn’t operational tho despite the separate RM20 charge already in place, and soon it was Oct 2017 when Liow announced that the VEP cost for the RFID card would now be RM25, and scheduled for the start of 2018… only for it to be delayed. Again.

Dramatic reenactment of Singaporeans waiting for the VEP RFID implementation.

This time, the reason was that the VEP system got delayed as the then-govt also wanted to implement it at the Malaysia-Thailand border. GE14 would come and pass, and Liow is no longer the Transport Minister, while the VEP RFID system is still not yet in place.

NAH, BACA:
So we asked 30 Malaysians what they thought about Singapore...

That now leads us to the question: why was the VEP project so darn messy? Well maybe because….

In December 2018, the Auditor-General released a report, part of which highlighted the severe issues surrounding the way the VEP system between Malaysia and Singapore was to be implemented.

The first problem found was that the RM149.5 million project was handed out to a company called TCSens Sdn Bhd without going thru a proper open tender. Instead, the VEP project was awarded to them thru direct negotiations. It was also alleged that the then-Transport Minister Liow personally convinced the former-PM Najib that the contractor he awarded the project to would have no issue handling it. The fact that the company is apparently linked to a former MCA deputy sec-gen also doesn’t help Liow’s case to say the least. 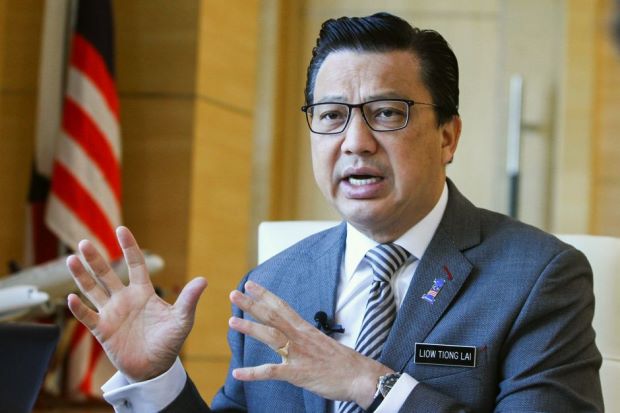 Here lies the second issue: the company had no experience in the field, and by the looks of how the project went probably had no idea what to do. Furthermore, while the VEP project required whichever company taking it on to have RM2.3 million in their accounts, at the time when the contract was awarded, it seems as tho TCSens Sdn Bhd only had RM35.54 in their accounts. They did however manage to provide some evidence that it had RM3 million with them. TCSens Sdn Bhd also allegedly subcontracted out part of the project despite that not being allowed. That’s not even the end of the troubles either, as the operational expenditure of the contract went from RM34.88 million to RM104.30 million, which meant that sometime during the VEP project’s implementation process, its budget rose a whopping 199%! And even with the extra funding, the eventual VEP system still failed to detect 0.07 percent of car number plates, which meant that not enough cars would’ve been charged for entering. Add on top of that a mysterious additional fee of RM7.82 million just to renew software licenses as well as the paying of 80 staff when there were only 41 people working on the project and you’ve got yourself one big mess on your hands.

The Cilisos office trying to figure out wtfbbqptptn is going on with the VEP project.

And this is where is come full circle to the start of this article where we brought up Liow being questioned. The Public Accounts Committee (PAC) has told The Malaysian Insight that they have informed Liow about the issue, and is set to meet with him sometime later this month.

“We will discuss the awarding of the VEP system contract to a company called TCSens Sdn Bhd without an open tender,” – Wong Kah Woh, PAC deputy chairman, as quoted by The Malaysian Insight 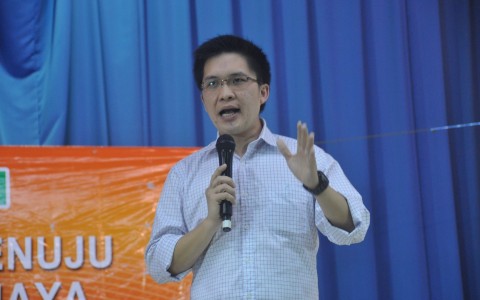 Until then, we probably won’t know much else, unless of course Liow himself comes out to make a statement. With the bad shape our govt’s coffers are apparently in, it’s perhaps vital that this scandal gets some proper closure, even if it’s arguably pretty minor compared to all the other financial scandals we’ve been thru. As they say, those who forget the past, are bound to repeat it.