Thought we had used up our yearly quota on embarrassing international headlines? ‘Fraid not. With the string of news highlighting our inefficiency in locating the MH370 plane (especially in the Asian Pacific region), the local and foreign press now have something else to talk about.

Just a few days back, Muhammad Rizalman Ismail – a New-Zealand based warrant officer with the Malaysian force – had been all over the news for allegedly committing burglary and assault with intent to commit rape against a 21-year-old lady in Wellington, New Zealand. Through a series of miscommunications, it was unsure whether Rizalman would or would not be waived diplomatic immunity until the final decision last night. The Malaysian diplomat, who is married with kids, will be soon sent back to New Zealand to be indicted.

As the story developed, all eyes were on the issue to keep track of just how our government would ‘take care’ of this matter. Would he be granted diplomatic immunity, or will he be tried in the eyes of justice? Enraged with the thought of a criminal escaping scot-free after possibly committing a crime, the public opposed Rizalman’s possible abuse of diplomatic immunity and cried for justice for the 21-year-old victim.

Over many decades, there have been one too many cases of diplomats abusing their power to invoke diplomatic immunity. Recognised as an international law at the Vienna Convention of Diplomatic Relations (1961), diplomats around the world have been enjoying the benefit of getting away scot-free from the law.

To drill back to the core of this law, diplomatic immunity was created with the sole intention to protect foreign government officials so that they would have the security and freedom to perform their duties without worry. In the simplest of words, if you’re a diplomat working on an official assignment in another country, you can invoke diplomatic immunity to dodge investigations and, sometimes, charges. Now that’s some scary diplo-magic shizz right there.

We take a look  at some of the douchiest diplomats who have abused their powers and see how Rizalman’s case might rank alongside theirs:

#5: The smoking Qatari who joked about bombings and terrorists onboard a US-bound plane

In April 2010, a 27-year-old Qatari diplomat lighted up a smoking pipe in the toilet while on board a US-bound plane. When plane officials questioned him, he joked that he wanted to light his shoe, taking reference to Richard Reid a.k.a. the 2001 Shoe Bomber. The diplomat, named Mohammed al-Madadi, also joked that some of the passengers looked like terrorists. It sparked a chain reaction of security and terrorism concerns, including having two F-16 fighter jets escorting the plane and a series of investigation on the diplomat. While this would incur felony charges to non-diplomats, al-Madadi invoked immunity and got off unscathed. However, he did get sent out of the country, costing him his post in the U.S.. 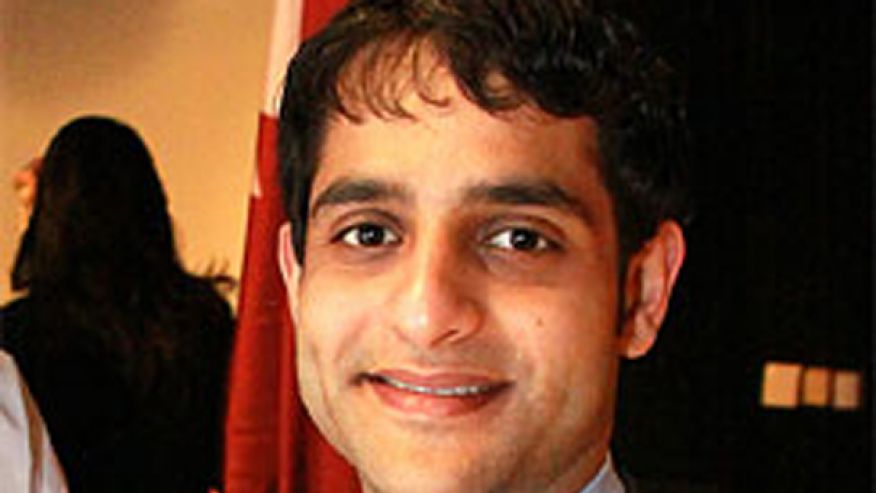 Young, sarcastic and in need of a puff | Photo from Fox News

While nobody got harmed in the episode, the incident caused distress among suspecting passengers and the entire country, causing inconvenience and wasting the money of taxpayers. While some would consider it a mere overreaction, the fashion the bomb scare was handled was praised by many, saying that it was necessary for the safety of others.

Total douchebaggery level: 8/10
Perhaps what could be justified as a young Arabian in need of a smoking break at the wrong time with a wrong attitude, al-Madadi’s sarcastic remarks and untimely actions put him in with type A douchebags as he ran off without an apology.

#4: The Panamarian diplomat who raped a 19-year-old Filipino lady In April 2012, a Panamarian diplomat was charged with rape against a young lady in Manila, the Philippines. It was reported that the technical officer for the Panama Maritime Authority, Erick Schcks Bairnals, made the victim sniff a drug in his apartment before finally raping her. However, Foreign Affairs Secretary Albert del Rosario announced that Bairnals “enjoys protection under the 1961 Vienna Convention” and has full diplomatic immunity as outlined by the law. With that, Bairnals was released from detention and the case was immediately dismissed.

Pain infliction: unsure
While it’s bad enough to sexually assault a woman (re: Rizalman), it gets even worse by actually raping someone. The victim, raped at a tender age of only 19 years old, did not just inherit a lifelong trauma – she would also have to endure the injustice of an unpunished crime. However, much speculation has been brought up about whether the victim was, in fact, a high-class escort but it is to be proven true. 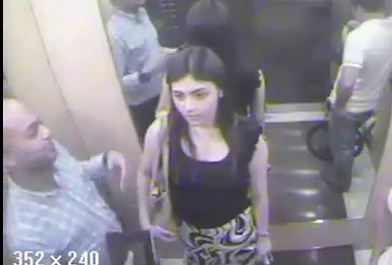 With the alleged victim | Screencap of CCTV footage hosted on YouTube

Total douchebaggery level: also unsure
From the way it was played out, it almost seems like a case of bullying – spike her systems with drugs, rape her, and throw in your get-out-of-jail card when things turn sour for you. However, if Bairnals was innocent to begin with, we’d wonder why he opted for immunity instead of a fair trial.

#3: The Malaysian diplomat who allegedly tried to rape a Kiwi 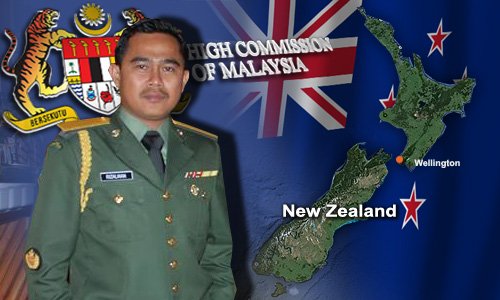 In May this year, New Zealand-based Second Warrant Officer Muhammad Rizalman Ismail was charged with burglary and assault with intent to commit rape in a Wellington District Court. Whilst the New Zealand government had requested to waive his diplomatic immunity, a series of possible poorly managed communications were sent back and forth, landing the diplomat back home in Malaysia, safe and sound.

Rizalman was granted name suppression a day after the arrest, and in less than 15 days, escaped police charges and flew back to Malaysia under a messy confusion on diplomatic immunity. However, news broke yesterday announcing that he would be sent back to New Zealand to be indicted. Runaway no more!

Pain infliction: 6/10
While we’re still waiting for the verdict to be out, we’re sure that the incident would forever traumatise the victim. It comes as no surprise that trauma of this sort, especially at a young age of 21 years old, can greatly impact a person psychologically and emotionally, short-term or long-term.

Okay, we can’t say for sure until we know the final outcome, but we’d leave it at 8/10 if Rizalman is found guilty on both charges. Comments on public forums have mentioned that he should just be tried in New Zealand if he was innocent, and that if he had nothing to hide he didn’t have to worry about anything.

#2: The hit-and-run Romanian diplomat in Singapore Silviu Ionescu | Photo from The Star

In 2009, Silviu Ionescu, the charge d’affaires of the Romanian Embassy in Singapore, jumped traffic lights along Bukit Panjang Road in Singapore and knocked down three men. Ionescu, who claimed that his Audi was stolen and that he was set up by the Singaporean government, fled to Romania after three days. The reason? Diabetes – he had to get his check-up done in Romania. As the Singapore Police say that they had evidence proving Ionescu the driver, along with proof that the car bore no signs of break-ins as well as testimonies from eye-witnesses, Romanian prosecutors brought charges of manslaughter, making a false report and escaping the scene of an accident against the diplomat. With up to 50 witnesses taking the stand in 2010, Ionesco still refused to return to Singapore on the basis of his deteriorating health.

Towards the middle of 2010, Romanian prosecutors indicted Ionescu for homicide, causing physical injuries and making false statements. In March 2013, he was found guilty of manslaughter by a Bucharest court and sentenced to three years in jail. However, in April 2014, the sentence gets doubled to six years as the court and prosecutors found that the initial punishment was too lenient.

Pain infliction: 10/10
Two of them – Malaysian Bong Hwee Haw (24 years old then) and Singaporean Muhamad Haris Abu Talib (18 years old then) – escaped with injuries whilst Tong Kok Wai (30 years old then), another Malaysian, died from his injuries 10 days after being struck by the car. Let’s see… A grown man who can’t handle his alcohol, completely disregarding the countless ‘don’t drink and drive’ campaigns and hits three innocent men in public? Ionescu’s reckless act had turned a newly wed’s honeymoon period into living hell, where Tong’s three-week-old bride turned into a widow on Christmas Day. While being found responsible for the accidents, he had publicly denied his involvements and even warned a journalist by saying, “You better be careful of what you say, or you go to jail.” Real smooth, big guy.

#1: The Burmese ambassador who murdered his wife and burned her body in front of neighbours and the cops 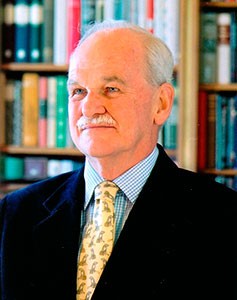 You bet your tush you read that right. Possibly the worst case of immunity abuse, Gerald Hensley, an ex-New Zealand diplomat, recalled a case where a Burmese ambassador in Sri Lanka murdered his wife in 1979. The next morning, he built a funeral pyre in his backyard and burned her body in front of gathering neighbours and the police. The cops couldn’t do anything as the diplomat’s house was considered Burmese territory, therefore giving them no authority to enter.

Pain infliction: 10/10
A bloody murder and a grand, fiery finale in front of a possibly now-traumatised crowd? That takes the cake. Period.

Total douchebaggery level: Over 9000
You know those ah beng douchebags you meet in Sungei Wang who smoke even though the mall is clearly a non-smoking mall? The ones that would wear sunglasses indoor, have a freakishly long fingernail and who would puff in your face if you told them off? Well, it’s like them… Only 7435390 times worse. Or rather, infinitely worse. Only the ultimate douchebag would commit a crime of such degree of ‘heinousity’ (yes we made that up).

Only five highlighted cases here, but we wonder how many hundreds of cases (if not thousands or more) have gone unreported. In a shocking documentary by ITV, it was revealed how foreign embassy staff used diplomatic immunity to dodge numerous investigations. In fact, they even boasted the use of diplomatic bags to smuggle items across the borders of UK.

In this TV documentary, so aptly titled ‘Exposure’, has also led former diplomat Eamon Delaney to claim that the system was “out of control”. He added that there was “no need for so many diplomats and so many staff of embassies to walk around with immunity and with diplomatic passports.”

“It’s an indulgence, it’s outdated, and it is a license to abuse.” – Eamon Delaney, former diplomat

In an episode, he recalls incidents of how the diplomatic bag was abused. What’s that, you ask? It’s a bag (or crate, suitcase, pouch – as long as it’s labelled as so) with complete immunity from any form of search or seizure according to the Vienna Convention. While it should be used for official documents on diplomatic missions, it’s unsurprising to learn that it has also been used for smuggling drugs, art, weapons and explosives. And, duh, bodies too. In 1984, three Israelis and a Nigerian literally chucked Nigeria’s Transport Minister, Umaru Dikko, into a large crate labelled as ‘diplomatic baggage’. FYI, he was saved in time.

Think the system needs a reboot? You’re not the only one. Linda S. and Marsha L. Frey, co-authors of ‘History of Diplomatic Immunity’, says it’s time to restrict immunity and to reduce the number of people who enjoy it. Rid the unwarranted and extensive privileges. Limit the people who are enjoying these privileges. Besides, being a diplomat does not necessarily protect one from terrorists as seen in the Benghazi attacks.

Personally, we think Diplomatic Immunity should be an honour – a chance to represent your country in the best light possible, and as the best diplomat in the universe says, “An opportunity to learn from one another…”

And not just to boldly go where no man has gone before.