Ok, soooo, Malaysia has beef with Israel. It’s pretty common knowledge among Malaysians and has been talked about to death, so we won’t go too deeply into the reasons why (though you can click here if you wanna read up on that!). 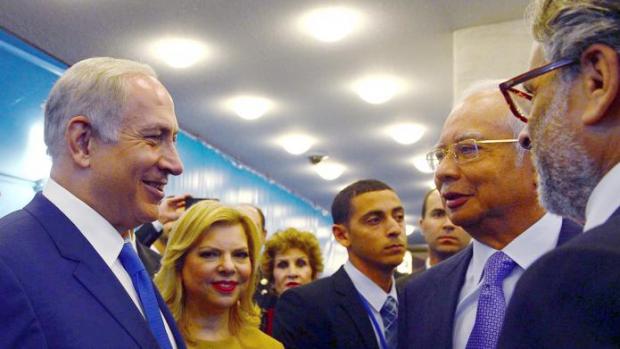 But TL;DR, basically Malaysia took Palestine’s side in the Israel-Palestine conflict, and so Malaysia has never acknowledged Israel as a nation ever since the UN Partition Plan of 1948 (and we’re not alone either as 36 other nations have also done the same).

There’s more too; at the recent 18th Summit of the Non-Aligned Movement, our PM Tun Dr. Mahathir announced plans to open an embassy accredited to Palestine to ease Malaysian efforts to extend aid to Palestine. But er…

This new embassy will not actually be in Palestine itself, but in Jordan

Obviously because of the tensions between Malaysia and Israel, Israel isn’t going to allow Malaysia to open an embassy in ‘Occupied Territory’. Hence why Malaysia is opting to open it in neighbouring Jordan instead. But why this sudden announcement by Dr. M? Well, for context, Israel’s President Benjamin Netanyahu has pledged to annex all Jewish Settlements on the West Bank (including the Jordan Valley) if re-elected. There’s only one problem: this land is one of the few remaining technically Palestinian-owned territories, and Palestinians view it as an integral part of the peace process:

“(The move) buries any remaining prospects for peace and a viable and independent Palestinian state.” – Saeb Erekat, secretary general of the Palestine Liberation Organization

Besides this, Israel has already claimed Jerusalem – the traditional heart of the Abrahamic religions (Islam, Christianity, Judaism) – as their capital, and several Western nations such as the US of A have relocated or vowed to relocate their embassies there. Dr. M meanwhile has stressed that Malaysia ‘does not agree with this’, and this latest embassy proposal is likely to be viewed as a response to this collective embassy relocation movement by these Western nations:

“It is the duty and the responsibility of sovereign countries (such as Malaysia) to help the people in countries facing difficult situations and injustices for years, since 1948 (when Israel was formed).” – Malaysian Foreign Affairs Minister Saifuddin Abdullah Jerusalem is considered one of the holiest sites in Judaism, Christianity, and Islam. Image from: The Atlantic

It is worth noting that Palestine already has an embassy here (on Jalan U-Thant in KL), and Malaysia’s embassy to Egypt is apparently also accredited to Palestine. As such, technically speaking… we don’t have an actual embassy in Palestine – but this latest plan to start a new one in Jordan is a clear show of solidarity for the Palestinians. Already the proposal has seen support from several quarters, including the Palestinian Cultural Organisation Malaysia (PCOM) Chairman Muslim Imran, Palestine’s ambassador to Malaysia Walid Abu Ali, as well as Palestine’s Minister of Foreign Affairs and Expatriates Riad al-Malki.

But why are embassies significant in the first place, and how exactly will this move help Palestinians?

… which also means we probably won’t be seeing an Israeli embassy here anytime soon. At least, until Israel and Palestine can put aside their differences and settle for a two-state solution.

But yes, embassies are very important in international relations, and its role is to:

“… preserve and protect the relationship between the host country and the country represented by that particular embassy office.” – Si Kingston, ‘What is the Role of an Embassy?’, The Classroom Malaysians protested outside the US embassy after President Trump’s Muslim immigration ban. Image from: Today Online

Case in point, recalling an ambassador from another country is usually seen as a passive-aggressive way of giving said country the ‘silent treatment’: Australia recalled its ambassador from Indonesia in 2015 after Indonesia hanged the two leaders of the infamous Bali Nine drug traffickers, both Australian citizens (though the Australian ambassador has since returned to Jakarta). Even Malaysia did the same with our embassy in North Korea (yes, we have one there, and they do here, too) after the assassination of Kim Jong-Nam at KLIA, but Dr. M later announced plans to reopen it at a still-unknown date.

However, embassies aren’t simply limited to symbolic shows of friendship (or unfriendship). Embassies are also useful for people as they also provide consular services, offering help and advice to their overseas citizens. In the case of Palestine, having another embassy accredited to them would further extend Malaysia’s capabilities to not just provide humanitarian aid, but also to support Malaysians in the region if needed, since Malaysia regularly sends humanitarian and medical teams to Palestine. 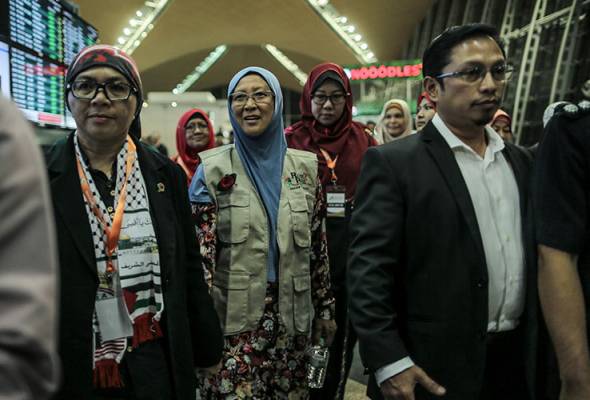 Dr. Fauziah Mohd Hasan, a Malaysian doctor detained by Israeli authorities while on a mission to Palestine. She was later released. Image from: Astro Awani

Not forgetting that, amazingly, last year we made no. 2 on the list of visitors to Israel from countries without diplomatic relations with them: around 14,000 Malaysians visited Israel in 2018, behind only Indonesia at 37,555 (another surprise)! So the new embassy could cater to them as well. And yes, it is actually possible for Malaysians to travel to Israel, but only for certain reasons.

The Israel-Palestine conflict is extremely complex, but at the end of the day, there are no winners in war

Israel and Palestine have been trading blows since 1948. And they’re still going hard at it: earlier this year, the two became entangled in the worst fighting since the 2014 Gaza War, and a record 140 Palestinian homes in Jerusalem were reported destroyed by Israel in 2019, displacing 238 Palestinians. A Palestinian woman argues with an Israeli border policeman on the West Bank. Image from: The World University Rankings

However, it doesn’t look like the conflict will be resolved anytime soon, as neither side seems willing to achieve compromise. In the meantime, while Malaysia is still holding out for a two-state solution, the best we can do for now is to provide aid to victims of the conflict wherever it can. And hopefully, with the plans for the new embassy, it will help Malaysians continue to do just that.