We’ve always had a complex relationship with Indonesia. The otai-otai among us will remember that not-so-little Confrontation we had back in the ’60s, which began cos we decided to, um, exist, and ended with Indonesia slowly deteriorating into self-harm mode.

In more recent times of course, we’ve had football hooligans throwing plastic bottles at our players like laser-guided mangosteens of death, as well as the whole ‘#DoneClaim’ issue, where we argue over ownership rights to islands, food, our national anthem, pieces of colored cloth, *insert Nusantara-based noun here*. On the surface level things look pretty bad between us, but rest assured our two gomens actually do like each other very much. While we keep reading about all these squabbles in the media, our two heads of state have a deep respect for each other, and are keen to resolve the issues that cause these squabbles so that we can live in peace, like the nusantara bros that we are.

And granted, the petty squabbles between us look exactly that: petty squabbles. Since the Confrontation, there hasn’t been anything reallyyyy serious that’s happened between our two countries. So ugaiz can imagine the shock when reports emerged of Indonesian soldiers who crossed into our borders and ‘kidnapped’ 5 Malaysians from Sarawak!

“I thought we were closer than that, guys!” Image from: giphy

At noon on December 11th, five Malaysians were harvesting wood in Wong Rankai forest, Sarawak, some 400m away from the Indonesian border. An ordinary enough task in that part of the country, so far so good.

But soon, a couple of Indonesian Army men in battle fatigues approached them and started talking rough to them, accusing them of stealing wood from the Indonesian side. Of course, the Malaysian woodcutters kancheong la. When a couple of tough guys armed with assault rifles approach you and start making threats, you aren’t really in a position to say no, so the woodcutters followed everything they said. The soldiers forced them to drive their FWD vehicle across the border to a Indonesian Army base.

Along the way the soldiers allegedly ‘roughed them up’, threatened to shoot them, and fired off a couple of warning shots to ‘psycho’ the Malaysians. 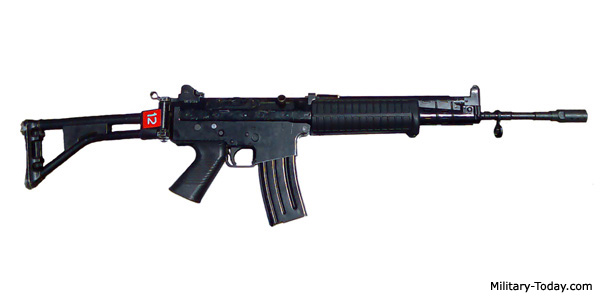 The soldiers were reportedly armed with Pindad SS1 assault rifles, standard issue for the Indonesian Army. Image from: Wikiwand

When they got back to base, the soldiers released two of them and kept the other three overnight. The two who were freed were allegedly instructed to go to their families and ask for RM10,000 and two new chainsaws as ransom for the other three.

Which, of course, they didn’t do, because they instead did what hostages usually do upon release: go to the authorities. When they received this report, Malaysian soldiers from the Balai Ringin military camp went in and negotiated the release of the remaining three. All’s well that ends well, right?

But wait… there’s another side to the story!

Now, when we first read this story, one thing struck us as odd: why would Indonesian soldiers abduct Malaysian citizens from within our borders unprovoked? That seems like a veryyy un-military-like thing to do, especially considering the close relationship our two gomens share. So we dug deeper, and here’s what we found: In fact, there have been several reports in Indonesian media that have ALL reported a completely different side to the tale, with some citing the official Instagram page of the TNI, which released this statement on the incident:

“The news that 5 Malaysian citizens have been ‘kidnapped’ by the TNI is now circulating around Malaysian media… This claim is most definitely untrue, because the word ‘kidnapping’ carries a negative connotation. The truth was that these 5 were arrested by TNI for illegal logging.” – TNI’s official Instagram page

Indonesian media has actually been up in arms over the past couple of days denying Malaysian media’s side of the story, quoting written reports from military personnel who claim otherwise. A written report by Head of Military Area XII/Tanjungpura, Kolonel Inf Aulia Fahmi Dalimunthe claims that his team had found traces of evidence suggesting illegal logging activities taking place within Indonesian borders. The arresting team posing with the five loggers. Image from: Merdeka.com

In fact, Aulia writes, the five men were arrested while in the act of loading ‘illegal’ timber wood onto their Toyota Hilux, and that there were no such demands for ransom money as claimed by Malaysian media, but rather, someone had come to the post offering money for their release!:

“The claims that post personnel Enteli Satgas Yonif 320/BP had kidnapped 5 Malaysians and had asked for a sum of money for their release are absolutely false. There was actually a Malaysian citizen who had come to the post offering money for their release, but we refused.” – Head of Military Area XII/Tanjungpura, Kolonel Inf Aulia Fahmi Dalimunthe in his written report

So why have Malaysian media been reporting the contrary?

While the Indonesian media’s angles have been shaped by the soldiers’ testimonies, the Malaysian media has chosen to focus on the story from the locals’ point of view. One of the loggers, Ruby Nyalu, 30, claimed that he has been traumatised due to beatings, with injuries to his face, feet, and body.

“They kept accusing us of stealing wood from Indonesian territory. Each time I denied it, they would beat me.” – Ruby Nyalu 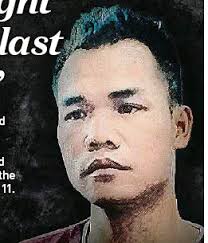 Ruby Nyalu, one of the five loggers arrested by Indonesian armed forces. Image from: PressReader

While the Kampung Danau Melikin village head Nyalu Tampa, 60, said that the village has been threatened by the Indonesian armed forces ever since the area was converted into a foreign-owned palm oil plantation, claiming that the soldiers been given free rein of the area.

“We had voiced our concerns over the plantation as this is native customary land. They (TNI) are allowed to move freely and even threatened us not to interfere with the plantation’s operations.” – Nyalu Tampa

Our gomen had actually sent a protest note to the Indonesian gomen condemning the incident, to which, says Deputy Foreign Minister Datuk Marzuki Yahya, Indonesia responded by ‘admitting their mistake’.

Waa, pening wey. Which side is telling the truth?!

Well, honestly, we can’t really say for sure. Whether or not an element of bias has slipped into the reporting of both countries, or whether or not the truth lies somewhere in between, we dare not say, cos sure kena flame in the comments if we’re wrong wei. :p

But what we can say is that the TNI were right about one thing: the word ‘kidnapping’ does carry a negative connotation. Don’t forget that before the moratorium on the death penalty was introduced in Malaysia, the penalty for kidnapping in Malaysia was death, so to accuse them of ‘kidnapping’ is a very, very serious thing.

In any case, relations between the two nations seem be a-okay, despite the media flame war between us and the said protest letter sent to Jakarta:

“Cooperation between the two nations have always been good and we will not allow the incident to jeopardise our relationship.” – Mat Sabu, Malaysian Minister of Defence”