These are some of the things that come to mind when we think about secrets. Everyone keeps secrets to some degree… to protect themselves and/or the people around them. For example, you might want to keep your office romance a secret because it might get you or your water cooler valentine fired.

But when it comes to governments though… that’s a whole other chamber of secrets.

Most governments have some form of secrecy laws in order to protect sensitive information that might jeopardize national interests or security, and Malaysia is no different. Ours is called the Official Secrets Act (OSA) 1972, which has recently gained some attention because Attorney-General Apandi Ali recently proposed that the OSA should be amended to include stricter punishments for those leaking government secrets –

“The Attorney-General’s Chambers was considering life imprisonment and 10 strokes of the cane as punishments.” – Quoted from The Malaysian Insider.

Umm…Because CILISOS quite mengada by thinking of ourselves as journalists, we decided to ask a few lawyer friends what things are classified as official secrets so that we don’t inadvertently get ourselves in trouble. The majority of the responses we got were: And they say lawyers have no sense of humor.

But as it turns out, they weren’t completely joking since the law has actually been criticized for being loose enough that ANYthing can be listed as a secret by ANY government official. You can read our previous article on this subject or the full text here but suffice to say that this looseness has caused some pretty unexpected things to be classified as a national secret. Things such as… 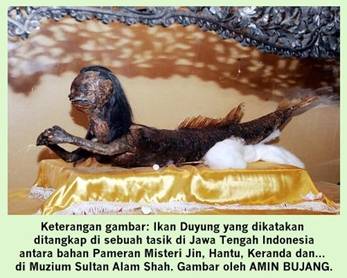 Image by Amin Bujang via Darussyifa. 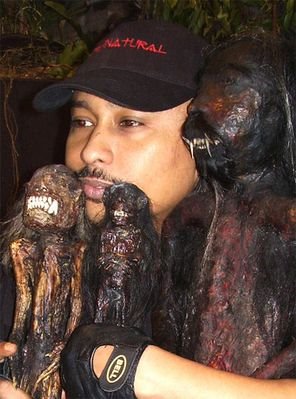 Ugaiz in KL and Selangor may remember this super-hyped exhibition of paranormal creatures at the Sultan Alam Shah Museum back in 2006 called Hantu, Jin dan Keranda (Ghosts, Genies and Coffins). The exhibit was pretty much a collection of “captured” Malaysian/Indonesian supernatural creatures, including jins, toyols, and mermaids.

The fact that they were allegedly “real” specimens attracted not just the attention of the Fatwa Council – who completely denounced it on religious grounds – but also man named Syed Abdullah (aka Uncleseekers), who headed a group called Pasukan Paranormal Seekers Malaysia.

Syed Abdullah questioned the authenticity of the exhibits, claiming they were either replicas or downright fakes and asked the museum for permission to test them.

Unsurprisingly, museum curator Mohd Lofti Nazar not only refused to allow the exhibits to be tested, but also claimed that he could not disclose further evidence that the exhibits were real because it was under the OSA!

We seriously question why the Official Secrets Act would be used to prevent people from looking into the authenticity of paranormal creatures. Because really, it’s not as if the government has a secret depar- Okayla, we can understand the need for SOME purchases like military equipment to be a secret, but Malaysia kinda took the “some” part a step further in 1986 when they amended the OSA to include ANY government tender documents that a minister or government official might consider confidential. ←Which is to say everything

And these documents will remain a secret even after the project has been completed. Which brings us to the elephant in the room – Bumi contracts. Now, you can argue about the prioritizing of Bumiputera-owned companies in our other article, but we’re only going to discuss the issue of transparency in this section.

This is because government officials have been accused of receiving kickbacks from private companies by accepting overpriced projects or proposals from dodgy companies. In fact, Wikileaks exposed a study by the Works Ministry which found that Bumiputera contractors often sold their government contracts to non-Bumi companies to finance expensive cars and houses.

If you’re looking for examples, prominent economist Jomo Kwame Sundaram outlined a few examples on page 23 and 24 of his research paper of Malaysia’s privatization policies. Here’s a small teaser though:

“In 1987, the RM86 million Jalan Kuching/Jalan Kepong interchange project was contracted to a RM2 Bumiputera company, Seri Angkasa Sdn Bhd … 35 percent owned by Sri Alu Sdn Bhd, owned by Wahab Zainuddin – a brother of Daim, then the Finance Minister responsible for awarding such contracts…” – as quoted from PRIVATIZATION AND RENATIONALIZATION IN MALAYSIA: A SURVEY, by Jomo and Tan.

Where the issue of transparency comes in is that while we can’t prove any of our points above with anything but non-direct sources, you can’t prove it’s a bucket of lies either. Therefore, both our arguments are invalid  😉

We’re elaborating more on this in the next point, which is…

Here’s a question – Every time there’s a hike in toll or water charges, do you know the reason for the increase?

Well, if you were to say anything other than official statements like “Not making enough money” or “high costs”, then YOU GO TO JAIL BAD BOY!!!!!!!!!

Screencapped from The Star. Click to read full article! Detective Pusheen from www.pusheen.com <3

We’re not saying that these companies or the government are lying to us, but again we can’t prove things either way because highway and water concession agreements are also a secret, meaning that the public will never know the details of contracts, discussions, profits (or loss), and all that stuff unless you take them to court. And even if the prices don’t go up, the government may have to reimburse the companies….. which is also our tax money.

This is kinda just the tip of the iceberg of problems that come with keeping the concession agreements a secret, and you can read the rest here.

If not, you can read some declassified information from a lawsuit against the Malaysian government by the Malaysian Trade Union Congress where it was revealed that (among other things) the Minister of Energy, Water, and Communication didn’t conduct discussions with partners and the public before implementing new water tariffs in Selangor, despite his assurance in a press statement. Back in 2011, the Women’s Aid Organization (WAO) made their annual request to Bukit Aman for their crime statistics booklet, which WAO uses for their own studies on sexual crimes against women and children. To our understanding, getting this information had never been a problem until 2011, when then-Inspector General of Police Ismail Omar declined their request, saying that the booklet was an official secret under the OSA.

Although WAO was eventually given the booklet, it also came with a warning that it was only for their own research purposes and cannot be released to the public. There was no official reason given by Bukit Aman for classifying the booklet as a secret, but WAO’s then-executive director gave a possible explanation:

“I have no idea why this is, but I’d speculate that perhaps it may show Malaysia in a bad light.” – Ivy Josiah, ex-WAO Executive Director, as quoted by Free Malaysia Today.

The Centre for Public Policy Studies also sorta-kinda hinted at this possibility in a statement mentioning that figures given by the authorities to show declines in crime rates are not backed up by specific figures or yearly comparisons. 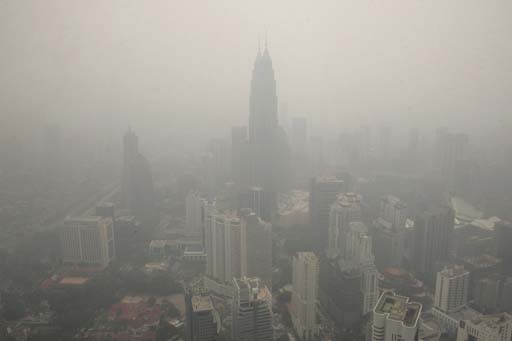 THIS DOESN’T EXIST! Image from Associated Press via The Geographical Empanada.

You know how they say keeping secrets is bad for health? Well… the saying became literal between 1997 and 2005 when our Air Pollution Index (API) scores were considered an official secret.

Yep, the government basically said it would stop publishing daily air pollution ratings, and prevented both the Malaysian Metrological Service and private air monitoring companies from doing the same. But compared to the other points in this article, there’s actually a reason given for this – Tourists. When the number of foreign visitors to Malaysia dropped by 13% from 1996 due to concerns over the haze, the government figured that the best way to have them come back and spend crazy foreign dollars was to not talk about it.

The move was largely criticized across the board, since this move also prevented Malaysians with legitimate health concerns from making important decisions like whether or not they should be going outside; while others like Lim Kit Siang called it “downright ridiculous”

But hey, if you ignore it then it doesn’t exist, right? And there are waaaaaaaaaaaaay more secrets that we don’t even know about! +3 Points if you remember this show. +5 Points to Asohan for reminding us!

In the course of writing this article, we discovered a strange logic when it comes to the OSA – things are only secret when they need to be a secret.

There’s no actual list of things that are considered a national secret (that we could find anyway) so you’d only find out if you happen to ask for it, or if you find yourself arrested. In fact, Sze Ming from Sinar Project – who gave us many of the points in this article – mentioned that when she went to the Selangor State Development Corporation (PKNS) for a list of blacklisted contractors, she received the only the list but was told that any additional info (like why they were blacklisted) was under the OSA.

So here comes the good news and bad news. The bad news is that it’s not just journalists who’ll kena if these amendments are approved by Parliament but also whistleblowers since any exposés will be deemed a crime under the OSA, which completely bercanggahan with the Whistleblower Protection Act. The good news is that there’s still a chance for us prevent it from happening!

The National Oversight and Whistleblowers Centre (NOW) is preparing to organize a campaign to protest against these amendments, so if you love the idea of freedom of information and if you love CILISOS you can sign up as a volunteer here!

Share this article:
NAH, BACA:
JPJ just got exposed for wide-scale corruption... thanks to a suspect's ex-wife