Recently you may have come across news articles like this talking about the upcoming Sarawak Elections. So yea, the state of Sarawak is, in fact, preparing for its state elections. We know that it is definitely coming because the last Sarawak Elections was in 2011. And with the 5 year limit, the next one has to happen before 20th September 2016.

To be more precise, it was reported that Sarawak Chief Minister, Tan Sri Adenan Satem (important name, remember for later) said that elections would be held in the next 3 months, so possibly in March or April. In short, the job of an MP is to determine the laws and policies of our country, while the job of the ADUN is to jaga local councils and state laws. So this whole Sarawak State Election is for Sarawakians to elect their ADUNs. (All this and more in our other article here!)

But to help answer the question of why their State Elections are separate from the rest of Malaysia, we spoke to 2 people, Prof Dr. Faisal Hazis from the Institute of Malaysian and International studies, UKM, and Ba’kelalan ADUN, YB Baru Bian. Actually last time Sarawak same timing as everyone else, until BN tak sempat for 1978 election

While Sarawak is the state with the most seats in Malaysia, the reason actually has nothing to do with it’s size. Why? Because The Borneo Post reported that after Sarawak joined up with Malaya, their first 2 state elections (in 1969 and 1974) were actually done the same time as the GE.

Parliamentary elections referring to their federal elections. Unedited image from The Borneo Post.

However, Prof Faisal disputes this saying that the main reason it was held differently was because the Chief Minister of the time, Tun Datuk Patinggi Abdul Rahman Ya’kub, was not ready to call for a state election.

“There were other issues to resolve. There was internal fighting within Sarawak. The SUPP was very critical (of the gomen) at the time.” – Prof Dr Faisal Hazis tells CILISOS 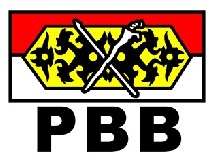 The majority of seats is actually held by this party, the Parti Pesaka Bumiputera Bersatu.

He also adds that unlike other BN controlled states, Sarawak is the only state that isn’t controlled by UMNO. It may still come under the instruction of the PM, but it isn’t run by UMNO itself.

“Sarawak is the only state where they have full autonomy because it’s the only BN state where its members are local based parties.” – Prof Dr Faisal Hazis tells CILISOS

As for why they’ve always continued this practice of running their state elections differently from the GE, Prof Faisal says that this is something that only the Chief Minister of Sarawak can answer. But the point is, the elections have been run differently since 1978 and the leaders of Sarawak don’t seem to see a need to change that.

But then if it’s only a state election, why is it such a big deal to all the political parties? Well we had a look at that too.

Sarawak has always been seen as a confirm-win for BN “The Sarawak Election is very important to Malaysian politics simply because we have been dubbed the “fixed deposit” for BN all these years, together with Sabah.” – Baru Bian tells Cilisos

The Economist adds that Sarawak (and Sabah) have been the source of the 2 main ingredients that runs our political system: Oil and votes.

Here’s how Sarawak voted in their last 3 STATE elections.

The numbers have been decreasing over the years but they still have a sizeable support there. The massive number of seats that BN won in Sarawak (and Sabah) actually allowed them to win GE13 and form the gomen (the party with the most seats gets to do that). 2013 Federal election result. Notice the BN presence in Sabah and Sarawak. Image by Hytar on Wikipedia.

So if BN’s support getting less and less, can opposition win this coming Sarawak elections?

We’ll be honest from the start and say that at the moment, it doesn’t look like it. 2 reasons why. 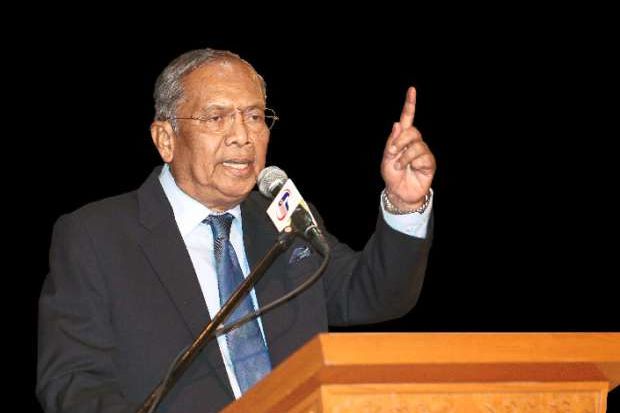 Prof Faisal says that one of the reasons BN would win big in Sarawak is because of Adenan Satem’s popularity. (Another analyst also agreed with this.)

While he has only been Chief Minister since Feb 2014, Tan Sri Adenan Satem has already won the hearts of many Sarawakians. Aside from abolishing tolls, he’s also been very vocal on many issues from Bibles to development, to racism.

“I have issued a statement that whoever is a religious extremist or racist, we will not allow them to enter Sarawak. Because we have immigration power, we will not let them in. If they are already here, we will kick them out. We cannot afford to have them here.” – Tan Sri Adenan Satem, as quoted by The Star

2. Gomen adding new seats that will probably benefit BN more than anyone

In the events leading up to the Sarawak Election, there was something known as a re-delineation exercise where parliament decided to add 11 state seats to Sarawak bringing the total number of seats to 82. But here’s why this isn’t good news for the opposition.

“I analysed the 11 new seats based on the 2013 GE results. Out of the 11 new seats, 10 are in areas that have been won by BN. If you look at this trend, it’s very obvious the delineation exercise will significantly increase BN’s seats.” – Prof Dr. Faisal Hazis

But this, of course, was not without controversy. One professor at Universiti Malaysia Sarawak said that the planning involved in the dividing of new seats was very meticulous but weird at the same time, and that this looked like 2-3 years of work that managed to stay out of the public eye. Prof Faisal says this one seat is the only new seat that is in a DAP majority area. Unedited image from Norman Goh for MalaysiaKini.

When plans for this redelineation came out, BERSIH 2.0 even went as far to say that it was a setback in ensuring that elections were not manipulated.

“The COA (Court of Appeal) decision has virtually given the green light to the EC (Election Commission) to carry out more outrageous acts of gerrymandering and malapportionment as it did in the past.” – BERSIH 2.0 chief, Maria Chin Abdullah, as quoted by The Malay Mail Online

(We know gerrymandering and malapportionment are 2 big, scary words but you can click here, here, and here to read more on them. They are, in fact, pretty big issues in Malaysia, e.g. our malapportionment is one of the worst in the world, and we hope to write about them soon  😉 )

Can the Sarawak Elections be used to predict GE14?

Baru Bian and Prof Faisal Hazis had differing opinions on this. On one hand Baru Bian says that the state elections could actually be a warm-up for GE14! “If BN wins (the state elections), it would give BN the political boost to win in Sarawak in GE14. We will be their “fixed deposit” again. If BN wins in Sarawak but with a reduced majority, then there is hope for the Opposition to win GE14.”  – Baru Bian

He believes that the focus of the Sarawak Elections is actually on how Sarawakians feel about BN and their Chief Minister, Tan Sri Adenan Satem. Because while he has been very popular, voting him would also be voting for the unpopular PM Najib. Prof Faisal however, adds at the end of our conversation with him that Malaysia is a very unpredictable country. Even if BN wins the Sarawak Elections or even the GE14 after that, he says that things can change because Malaysia is a very fragmented country. This article also adds that the political climate in Malaysia hasn’t been the same since the 2008 General Elections.

And one of the good that has come out of things not being the same is that Malaysians now no longer have to be mere spectators! If there are those among you reading this who feel like you want to get a little more involved in helping the efforts to make the electoral process better here are some options.

Thus, while we cannot say how much of an effect the upcoming Sarawak Election will have on Malaysia, that doesn’t mean we can’t be a part of the changing political climate.