Have any of you ever realised that most times, the anticipation of a party night is often better than the night itself? You imagine rock music blaring as you and your gang step out of a valet parked car, high-fiving people in the club, connecting with an amazing person on the dance floor, and waking up in that person’s exotic mansion.

Then there are those magical nights that make up for everything… Under the right conditions, and through the magic of good company and good vibes, one can expect a good night into an EPIC ONE, and that’s exactly the idea behind Absolut Uncover’s new design, representing the moments just like these, and are just waiting to be uncovered under the stars.

But while some of us might prefer a night not out, it would be quite interesting to hear the kinds of stories that people who partied hard had to tell. So, we teamed up with Absolut to ask our Malaysian readers for their most epic twist on a night out they had, and here’s what they told us.

1. Potato party… in my pants Jensen works for a company that probably loves them very much, because they regularly get treated to catered parties organised by the company. With booze, food and dancing, it was just geared towards letting people blow off some steam and have a good time. One such occasion went on as usual, that is until Jensen went home and hopped into the bathroom.

“After one of those parties, I came back home, hopped into the bathroom. When I unzipped my pants… mashed potatoes came out.” – Jensen 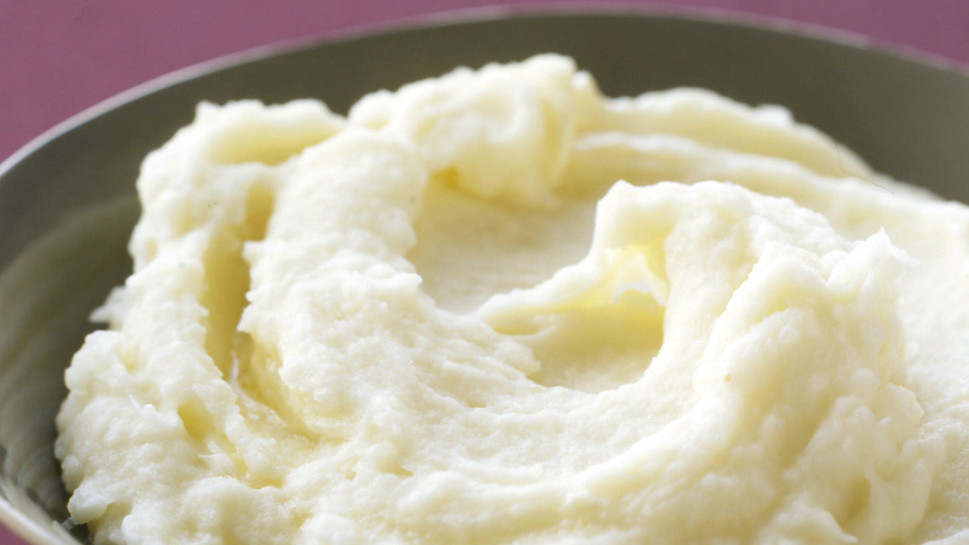 Sweet, creamy mash running down your pants. Image from marthastewart.com

Indeed, mash potatoes did fall out, and this isn’t a story about a weird medical condition. Turns out, Jensen got a little too excited over the mashed potato on the buffet table that night. One of his colleague retold the conversation that had ensued prior to the tater trouble:

Guess you should never underestimate a person’s love for potato.

2. Partying with a tired Unicorn The year was 2011, Cassandra Lee and her friends were throwing a birthday party for another friend at Changkat, Bukit Bintang. For some weird reason, they asked the birthday boy to show up in his unicorn onesie, which was something he had (for some even weirder reason).

“He was quite tired, but being the sporting guy that he is, he showed up anyway, and yes… in his onesie… To Frangipani. After a few drinks, his energy level went up to like a bazillion, also cos everyone was cheering him on cos of the onesie. He was dancing with everyone!” – Cassandra

At about 2am, most of them were tired already, and decided to retreat to a mamak. The party animal still seem to have a lot of energy, running ahead of the group to their destination, until he suddenly collapsed on the only long table that would fit his whole gang and fell asleep.

“We couldn’t wake him up, which was a problem because we had a gang of ten, so we couldn’t sit anywhere else. So we just ordered food and ate off him.” – Cassandra Velvannan and pals were celebrating a friend’s birthday party at Main Room, KL. Everything was going well, and everyone was having a blast… until they realised that one of their friends was missing.

“It was somewhere around 1am and a friend of mine wandered out at some point. But after 40+ minutes he wasn’t back so we set out a mission to find him.” – Velvannan

They searched the usual places where you’d expect a dizzy person to go, but after a good 20 minutes he was still no where to be found. While they were trying to call their missing friend on his phone, they happened to be walking pass an alley filled with homeless people, and suddenly they could hear the ringing of his phone in the distance. But all around, all they could see were homeless people, so they tried to approach closer to the ringing.

“We saw a guy with Nike Air Max shoes sleeping beside a homeless man, and the homeless man seemed pissed because he had no blanket. Out of curiosity, we pulled the blanket from the guy with Nike shoes, and found our friend.” – Velvannan

The homeless guy later told them that my friend had begged and cried to him asking for the blanket and a place to sleep beside him. What a guy would do to get a cozy night’s sleep *sigh*.

It was a friend’s marriage registration at Putrajaya. To celebrate, Mageswaran and a group of friends decided to bring some drinks and have a small party beside a lake at Cyberjaya. But one of his friends (who will be working night shift at Kuantan that night) decided that a simple lakeside party wasn’t fit for the occasion, and proposed that they should head to Genting instead! Besides, it would be easier for his friend to return to Kuantan as well. But by the end of the party in the highlands, Mr. Lets-go-Genting ugaiz was knocked out, and the group was starting to get a little hungry from the day’s adventure. So, Magaswaran and friends drove back to Bukit Bintang, just for some Thai food. Mid-meal, the knocked out friend woke up, and realised he was suppose to be going back to work! So he quickly rushed off to Kuantan.

The others laughed at the poor guy, and then went back to Cyberjaya after the meal to take each other’s car. But suddenly,

“When we reach Cyber we realised that 2 people’s car keys and wallet was in the Kuantan guy’s car. When we call him he said he is already too far to U-turn back, and he was already very, very late to work.” – Mageswaran

Being the understanding friends that they were, Mageswaran and friends decided to go all the way to Kuantan to retrieve the keys and wallets. It was 5 something in the morning when they finally reached Kuantan, they took the keys and also a room to sleep over. Quite an epic night for someone that just got engaged on the day right? But it turns out,

“The best part is the dude who got registered isn’t even in the party. He went of after the registration to drop his family but never came back since he was tired…” – Mageswaran 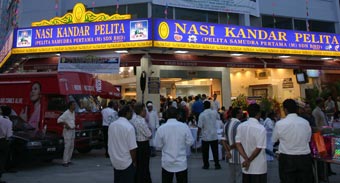 Kevin and his friends were out one night for a friend’s birthday, where they had planned to have a simple celebration at a cafe in Petaling Jaya. But as they passed by 1Utama, a sense of nostalgia took hold of them, and they proceeded to change their plans.

“My friend said it has been long since we actually went clubbing and partied and that we should go someday again. Another friend stepped in and said, why not today? We looked and each other, checked our cash and made sure we had enough to have a simple party session.” – Kevin

And so, they partied at the club until they were too tired to continue. As they were leaving, they bumped into a girl from Maldives they had befriended earlier, who invited them to another party she was throwing at her place. They agreed, and went to her house to party even more! A couple hours later, the group suggested that they should have some Nasi Kandar to wrap up the night, but Kevin was already feeling the fatigue set in.

“My friend suggested the Pelita Nasi kandar restaurant nearby. Little did I know what was gonna happen when I said yes. I slept in the car while they drove to Pelita as I had very little sleep in the past few days of working.” – Kevin

But when Kelvin woke up, he noticed that the place looked very unlike Kuala Lumpur…

In true Malaysian fashion, his beloved friends had driven themselves and their new friend all the way to Penang! Just to have some Nasi Kandar. And since it was a weekend, they all stayed over for a day at a friend’s place, and spent the day hunting for food. And speaking of Penang …

It was a Friday in 2013, and Krishy was showing 3 Japanese foreign exchange students around the Penang island. The plan was to go around Penang’s Love Lane for some bar and cafe hopping with 2 of her other friends, and get home by the end of the day. They stopped by a bar called RB because they were friendly with the owner (named Tao), and also because they serve an interesting variety of drinks. They spent more time than expected there, and the owner had to leave their company half way because he had to make a delivery to a beach party at Monkey Beach.

“We were like “BOJIO”. Next thing I knew, all of us, including the foreign exchange students, were on our way to the edge of Penang island. We got on a boat because the only way to get to Monkey Beach was by boat.” – Krishy

On the beach, Tao insisted that they follow him to a part of the beach, because he had something to amazing to show them:

“What we saw was the most beautiful thing ever! There were glowing planktons! Tao said they only appear during this time of the month, hence the party. The next thing I remember, everyone was skinny dipping in the ocean, surrounded by the glowing planktons that looked like stars under the moonlight.” – Krishy

Image was not from actual story, nor from penang. Image from cambodia-hotels.com

The most memorable nights are the ones you never see coming

Thanks to all you crazy Malaysians who shared your crazy nights with us! Whether its faraway Nasi Kandar or glowing plankton, Malaysia seems to offer a wealth of possibilities for where your party nights might end. And the best ones are the moments uncovered, shared, remembered, and talked about with friends for years to come.

And nothing opens up those possibilities like a good drink in your hand, preferably one that comes with a little of the unexpected as well.