When we say car inspection or service, we believe not many people would think that it’s the most exciting job in the world. People send their cars in, they check them for issues, if got issue then fix, but if not the customer just takes the car and goes home. FYI get your car sold through Carsome now and get a free BB8 yo!

But then we were told differently. Recently, we had a random conversation with our friends at Carsome.my (CILISOS’ sister company), who inspect cars right under our office in Kelana Jaya, to see how much they’re worth. FYI Carsome helps new car buyers research, compare cars, or even get prices of cars… which is why FIRST, they need to inspect them #freeplugforfriend.

We spoke to 2 Carsome technicians, Ben and Yap, and they shared with us some of the most memorable stories from all the car inspections that they’ve done!

1. The bat under the hood For Ben, there was a time a Honda City owner told him that her car occasionally made squeaky noises while she was driving. But when he drove the car up, down, left, right, center…there was no sound. So problem solved la! She took the car back and everything was settled.

But later that day she called Ben again saying that the noise was back. So Ben went to test her car again. This time, he heard the squeaking coming from the air cond vent and started to open up the car.

“When we finally removed the blower, we saw something black and small moving! We got ready our wrenches and a piece of cloth to do the unthinkable. As we slowly reached out our hands into the dark areas of the air cond vents, with gloves of course, we managed to touch and grab a small little creature. It wasn’t a rat but a cute little BATMAN!!!” – Ben of Carsome.my 2. The old Beemer that had a life of its own 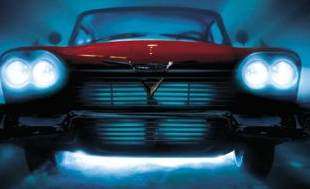 Actually it was BMW 3 series E92. Image from freedomoutpost.com

If you don’t enjoy reading spooky stories, you might wanna pass on this one.

So there was this one time that Yap had to inspect a car, one where the owner’s girlfriend supposedly died in an accident. And ever since then Yap tells us that something strange would happen every time this car was sent for servicing.

“Whenever we serviced the car, the light inside would sometimes auto on. We thought that this was because of a current leak but whenever we checked, there was nothing wrong.” – Yap

They tried to fix the problem but the light would just go on and off as it pleased. They even brought this up with the owner, but the owner told them that it never happened to him when he used the car. It only seemed to happen when they were in it! In his previous job, Yap says that this guy, a “self-proclaimed Datuk”, was a regular customer at the BMW service center where Yap used to work, and he would send his BMW F10 there. The thing is, this guy would sit in the car while the car was being serviced!

“During inspection before servicing, we could only inspect the exterior, we couldn’t even enter his car. To communicate, he would only call my boss on his handphone, even if my boss was standing right in front of his car.” – Yap

C’mon don’t tell us this doesn’t sound like a scene out of some spy movie. Not just that, Yap says that he would park his car onto the car hoist himself, off his engine, and just sit in there (with his windows wound down just a little bit) until the job was done. Only Yap’s boss, at the time, had ever seen the guy in person. His car was so heavily tinted that all they could see was his shadow.

Yap adds that the whole process usually took an hour, so imagine sitting in a car for an hour without any air cond!

“He also didn’t like too many people around his car. Only one person was allowed to service his car at a time.” – Yap

4. The car that had too many things on the windshield Yap was known as a “service advisor” in his previous job. His job sometimes required him to do a small, checklist inspection of cars before sending them to the technicians to actually be serviced. And one day, he had to deal with this one particular BMW F30.

“There were like 5-6 holders attached to its windshield, I found it hard to even drive it (the car) to the service reception (which was like less than 30 meters away) in broad daylight, IMAGINE NIGHT TIME, don’t even know how he can see while driving.” – Yap of Carsome.my

If you notice in the picture, this car had a tinting problem. So not bad enough got 5-6 holders, but half the windshield cannot see! But even if it obstructs their vision, technicians are not allowed to remove these things because they belong to the client. So tahan lorh. Not the actual image of the frontseat but you see where we’re going with this. Image credit to Chris Baronian on theloungeatmarzz.wordpress.com

Yap tells us that cars that have been through a flood don’t sell for much. Depending on the damage, a flood-damaged car can see its price reduced by 30-50% of the market price. So that’s why some people don’t mention it when they try to sell their car.

But them car inspectors have their ways of finding out. Yap tells us of a time that he had to examine a BMW E60 suspected to have been flooded. To determine whether the car had been flooded before, he removed the front seats and the interior carpets of the car to check for water marks, signs of water leakage or worse, rust. But then, this.

“Underneath the chair I found 1-2 condoms and a tampon in the car side pocket. Didn’t wanna know if they were used or not so I don’t know.” – Yap

But aside from the initial WTF, he ended up just removing it with a piece of cloth. Gotta maintain professionalism even in circumstances like this right? And on the bright side, in regards to the car owner… 6. The radiator that leaked out red liquid Back when Ben was working as a mechanic for Honda, he was one day asked to fix the radiator of a car. The customer had been complaining that his car had been overheating. Upon further inspection, they (him and his team) found that the car’s coolant liquid was leaking red liquid! But that’s not all, as they removed the bumper, he says this.

“I suddenly smelled something quite funky, it got stronger as we removed the bumper.” – Ben of Carsome.my

With the bumper removed, he could clearly see that the hole in the radiator had been made by a stone, but he also saw something else.

“I saw something dangling in-between the radiator fan and the broken radiator. A woman’s used sanitary pad!” – Ben

He adds that the owner told him that she believe it happened during a road trip she went on recently. The car in front of hers threw the sanitary pad out the window and it hit the front of her car together with some rocks. So while there may have been nothing that the owner could have done, the question that we have is this. But on the bright side, Ben says that the sanitary pad actually prevented the radiator from leaking too much.

When you mention Malaysian drivers, a lot of things come to mind la. For example, Malaysians know how to use their cars to do marvelous things. Can open one whole shop la, put decorations la, store durians la. Heck last time even got a few flers try to fit not 1, not 2, but 4 whole friggin cows into their Proton Wira. But of course, that didn’t come from Carsome.my. Cos like all companies here in Kelana Jaya, our stuff doesn’t smell like BS 😉