Most times, we often see or hear the word “cult” being used to describe something that’s too cool for you. A cult movie is a movie with a die-hard legion of fans that you’ve probably never heard of, but only because you’re too mainstream to appreciate art *snort snort*

But a cult on the other hand, is something else entirely.

A cult is basically a group of people with beliefs and practices that are considered deviant or weird, with many of them deviating from established religions such as Christianity, Islam, or Buddhism. What belief is considered a cult is also really subjective, whether from person to person (You’re not going to think it’s a cult if you’re IN it) or even by country since Scientology is mostly allowed in the US but declared a fraud in France.

For this article though, we’ll only be focusing on groups and faiths that have been declared deviant by the Malaysian Islamic authorities – usually by having a Fatwa issued against them. So let’s start off with a local definition of what a cult is:

“Any beliefs and practices by Muslims and non-Muslims who claim that these beliefs and practices are based on Islamic teachings, when the reality is that they go against the teachings of the Al-Quran and Sunnah, Islamic faith, and a credible Islamic school of thought; which is the Ahli Sunnah Waljamaah.” – Badly translated by CILISOS. Read the original on SOSCILI.

So with that in mind, let’s start with the oldest cult on this list…

1. The Sun Religion that held a yearly “free sex” event The Taslim cult was started in the 1870’s by a man named Haji Muhammad bin Shafie after he settled in Kampung Seronok, Penang. We don’t know if the kampung became Seronok before or after he settled there, though.

Taslim was also called the “Sun Religion” because, when asked by the Mufti of Kedah about God, Haji Muhammad pointed towards the sun. This got him banned from entering Kedah for life and earned him the nickname Haji Ahmad Matahari.

The group was most active between 1946 to the late 50’s, with preachers reaching as far as Johor. It’s also mentioned that they gained with Muslim laborers and fishermen who preferred the simpler Taslim beliefs, such as not needing to pray five times a day or fast during Ramadan; that having the intention to do it was good enough.

Haji Ahmad Matahari also made certain taboos like free sex halal, which also became an attraction for many followers. The highlight of this is (according to one account) a yearly gathering of followers where married couples are put into a darkened room to do the naughty naughty with “any person they touch”. Any children that are born from this night are considered Soleh (obedient to God and family).

The Taslim belief kinda went quiet after the 50’s, though it’s believed that they still have some followers around today. You can read more about Taslim here.

2. The “Rasul Melayu” cult that claimed the Prophet Muhammad (pbuh) was only a prophet for the Arabs

In 1991, a zookeeper named Abdul Kahar Ahmad created a huge uproar when he made a public claim that he was chosen by God to be the prophet of the Malays.

He was also arrested the same day.

According to Abdul Kahar, the Prophet Muhammad (pbuh) was only the prophet for the Arabs, and the Surah Yassin was given specially to Him for the Arabs. You can listen to his full claim in this video of the press conference:

According to blogs that highlighted the incident, the authorities declared his beliefs to be deviant that same year. In fact, during a 2005 raid, they gave Abduk Kahar a verbal version of what happened to false prophets way back in the day… a good burn:

“When we came to arrest him, he was halfway eating and watching TV. He tried to run but we managed to surround him. The Prophet of the Malays doesn’t even fast.” – Datuk Mohammed Khusrin Munawi, JAIS director. Read the original on SOSCILI.

Kahar pled guilty to five accusations against him, including spreading false doctrines. He also made an open apology to the Sultans, Majlis Agama Islam Selangor (MAIS), the mufti council, and the Fatwa council.

3. The founder of the Baha’i faith claims to be God’s latest prophet 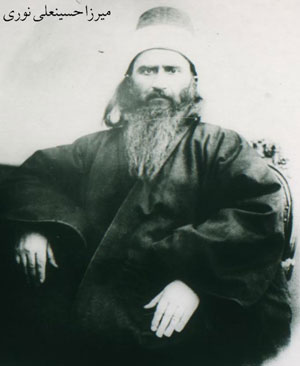 Okay, before you start flaming us, let’s be really clear… The Baha’i faith (which originated from Iran in the 1800’s) is recognized as an accepted belief in most countries including Malaysia, with followers all over the country but mostly concentrated in Sarawak where the faith has been established since 1951.

The only reason why it’s listed here is because a Fatwa has been issued to ban Muslims from following or converting to the Baha’i faith.

This is because Baha’i preaches that all religions stem from the same God who used different prophets to form religions that were suited to the time and age. So in this sense, all the great founders/prophets from Krishna to Muhammed were part of an “evolutionary process” to unite Mankind. The founder of Baha’i, Bahá’u’lláh is the latest in this line of prophets and messengers. You can read more about their beliefs here.

While there hasn’t been much controversy surrounding the practice of Baha’i faith in Malaysia, a Baha’i book called The Teachings of the Quran; Baha’ullah And The New Era and Introduction to The Baha’i Faith was banned by the Home Ministry in 2015 for containing deviating elements which could confuse Muslims.

4. The religion asking Muslims to follow the Prophet…. Ibrahim??? Sometime in 2013, a teaching called Millah Ibrahim (or Abraham) made its way to our shores from Indonesia. Just to clarify Millah isn’t a girl’s name, but an Arabic word which means “any religion that is not Islam”

Well, according to it’s founder Ahmad Musadeq, the Islam that was brought by the Prophet Muhammed (pbuh) had fallen since the year 1324 with the destruction of Islamic texts during the Mongol invasion of Baghdad – making the modern day Islam a false religion. This is why they consider themselves as non-Muslims, because Millah Ibrahim is the “true” version.

Millah Ibrahim also claims that a new race was chosen to lead Muslims back to the “right path”, in this case the Malay/Indonesian race, with a new prophet in the form of (of course) Ahmad Musadeq. You can read more about them here. There are an estimated 5,000 Millah Ibrahim followers in Malaysia, mostly centered around Selangor and Pahang; although they seemed to be gaining traction in Sarawak as well. The group has also gained the attention of the police because part of their master plan involves a jihad to kill anyone who does not subscribe to Millah Ibrahim.

5. The teapot cult whose secret base looks like a theme park Most of ugaiz may not remember the Sky Kingdom (Kerajaan Langit) cult by name, but you’d definitely be familiar with their nickname – the Teapot Cult – due to the weird monuments they built, which includes a giant teapot.

The Sky Kingdom was started by a man named Ayah Pin (real name Arifin Muhamad) in 1975. But what makes Ayah Pin special compared to everyone else on this list is that while the rest claim they’re prophets, Ayah Pin claims he’s a straight-up god! To be more specific, he claimed that he was the reincarnation of all religious gods and would therefore be the guy listening to and answering all your prayers.

The Sky Kingdom cult was headquartered as a commune in Besut, Terengganu and Ayah Pin claimed to have 1,000 followers in Malaysia, 10,000 followers from the rest of the world, and four wives. Actually the 4 wives part can confirm. Image from Malaysia Gazette.

Due to being relatively low-profile and peaceful, the Sky Kingdom was more or less left alone despite having a Fatwa placed against them in 1986. At least until 1995, when the group decided to build a two-story teapot, a yellow umbrella, and a sampan. After that, it was a bit hard to be low-profile la.

“He was around but for some reason we cannot explain, they could not see him. He was invisible to them.” – Sky Kingdom follower, quoted by The Age.

Ayah Pin died on April 23rd 2016, though we’re not sure if this is final because he died 17 times before.

Moral of the story: If it takes over your life, it’s a cult!

The signs of a cult member and how to help them can probably be another article by itself, so it’s probably a better idea to click on one of these links if you’re curious:

While we focused on groups that were considered deviant by the Islamic authorities, there are  non-Islamic or even non-Religious cults as well, such as the Communist cult led by Malaysian Aravindan Balakrishnan, who was recently jailed for 23 years in the UK. So if you’re looking for a safe, wholesome activity to occupy your time and meet new people, take up something healthy like Crossfit. 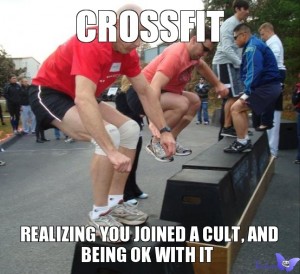