[This article was originally written by our friends over at SOSCILI. To read this article in BM, click here!]

With Malaysia and Singapore being so close, there’s bound to be some conflicts lah kan between the two. From water supply to railways to islands to whose food tastes better, there always seems to be something you can pick at. But today we won’t be talking about SGD1 = MYR3. We’ll be talking about something that happened back in the early 2000s, and it had something to do with land reclamation.

Land reclamation is, simply, filling up swamps and oceans with sand to make more land available. Since Singapore is a pretty small country, they have been vigorously enlarging their area through reclamation, but there’s a drawback. Back around the time when Sk8er Boi was popular, Singapore’s reclamation works near Johor had been blamed for floods, nearby rivers becoming shallow and smaller hauls for fishermen in the area, among other things. 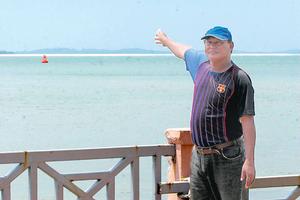 At one point, Malaysia got so fed up that we brought them to an international court over it. But before we get to that, you might be interested to know that… A lithograph showing the view as seen from South Boat Quay, circa 1850. Img from BiblioAsia.

Singapore reclaiming land is nothing new, but you might be surprised to know that it has been going on since the colonial times. In 1822, Stamford Raffles ordered for perhaps Singapore’s first reclamation project, at the south bank of the Singapore river. A nearby hillock was flattened, and the soil used to build the land that is known as Boat Quay today.

Since then, various reclamation projects had taken place. In the 1960s, the Kallang River was reclaimed for housing and industrial purposes. In the 1970s, the Marine Parade reclamation project was also done for housing, and Changi airport’s area was also enlarged through reclamation in the 1980s. At one point, seven smaller islands were combined to form Pulau Jurong in the 1990s. Actually, listing them all out doesn’t quite paint a picture, so here’s a map: It is said that since that first reclamation in 1822, Singapore had grown by 25% of its original size. But where did they get the sand for all that? In the 1960s, Singapore used sand from the hills found on the main island, but that soon ran out. Singapore then turned to Malaysia and Indonesia for more sand, which was purchased at between SGD 7 – 10 per cubic yard. However, it should be noted that about 80% of the sand for Singapore’s reclamation projects came from the Riau archipelago in Indonesia.

This caused some discontent among Indonesians, and they ran a series of protests that eventually ended with the Indonesian government terminating all sand businesses with Singapore in February 2003. As for Malaysia’s reaction to the reclamation…

At first, we were chill with it. Then Singapore started growing north…

Tuas and Pulau Tekong’s locations, since we’ll be talking a bit about them later on. Img from Google Maps.

In the early stages, Malaysia had no reason to worry as the planned reclamations were focused to the south of Singapore. However, since the 1980s, Singapore’s land started expanding north to the area of the Johor Strait, and things got uncomfortable real quick. In 2002, Malaysia protested the reclamation projects in Tuas and Pulau Tekong. The reason for that was the Tuas reclamation breached a point in the country’s boundary, while the reclamation in Pulau Tekong caused destruction to the surrounding marine environment, destroyed a jetty and reduced the catch of Malaysian fishermen.

Singapore then presumably went “Oi, where got?!” and asked Malaysia to put its money where its mouth is and give them a report about it. Malaysia did, but it was handed in more than a year late. Anyways, in August 2003 a meeting was held between representatives from the two governments. Malaysia wanted a negotiating system with Singapore for the purpose of exchanging opinions and information between the two, while Singapore did a complete presentation of the reclamation projects in Tuas and Pulau Tekong and stressed that they were limited within the borders of Singapore’s waters.

It’s like putting on skinny jeans. The dark green line is the Singapore-Malaysia border. Img from a CEBM conference paper.

The meeting went well, and both countries agreed to a second meeting. Until then, the Malaysian government requested for Singapore to halt the reclamation projects for the time being. However, since Singapore had already shown their findings and stressed that the projects won’t negatively impact Malaysia, they said no to that.

Malaysia did not back down and made another postponement request, especially for the project on Pulau Tekong, but Singapore seemed to have delayed their response to that, during which they were found to have performed reclamation operations on Pulau Tekong with much vigor. After more than a week, Singapore finally responded in the form of a diplomatic note, which reassured Malaysia that the Pulau Tekong reclamation projects won’t interfere with Malaysia’s waterway rights, and if it did, the project will be stopped immediately.

Probably the face made by people operating the reclamation machines then. Img from Gfycat.

Hwaaah. Just send note liddat hor? Oh heck no. Since working it out by themselves didn’t work…

Malaysia turned to the big boys for help, but Singapore didn’t like that Two days after receiving the diplomatic note, the Malaysian government filed an application for provisional measures at the International Tribunal for Laws of the Sea (ITLOS), or the ITLOS court. The motive behind this was to push the Singaporean government to give them complete information regarding plans to reclaim its territory.

So how did Singapore respond to this? In the eyes of Singapore, Malaysia took them out for a ride. The earlier negotiation was thought of as a tactical strategy by Malaysia to bring Singapore to the ITLOS court, as the precondition to bring a dispute there is to first have a negotiation between both countries, which Malaysia did before all the note-passing.

The two countries duked it out, and you can read the details about it here. Anyways, Malaysia pointed out that Singapore hadn’t been very cooperative, not performing a detailed Environmental Impact Assesment (EIA) before starting the project and not helping out with the research on the project’s impact, which Malaysia did on its own. Malaysia’s attorney had also listed out several breaches by Singapore under the United Nations’ Convention on the Law of the Sea (UNCLOS): After three days of proceedings, on the 8th of October 2003, the court ruled that…

Singapore had to compensate the affected fishermen, but are their struggles over?

As a result of the proceedings, Singapore was allowed to continue its reclamation works, but this time under plenty of conditions. One of them was the setting up of a group of independent experts (GOE) to undergo research and determine the effects of the Singapore’s reclamation projects (especially on Pulau Tekong), and suggest the appropriate actions to mitigate said effects.

Among the results of the study showed that reclamation activities on Tuas and Pulau Tekong did have several impacts on the study area, but no major impacts were recorded. However, land erosion was confirmed to have happened at Johor’s PULAREK and Belungkor Jetties. Following that, on the 10th January 2005 the judges ruled that the Singaporean government has to change the final design of the shoreline on Pulau Tekong and Changi. The proposed change, by adding a bite and a nose on Tekong Island. Img from UKM.

While this may seem like a somewhat happy ending for the fishermen… they’re now having troubles again, this time by land reclamations done in Johor. 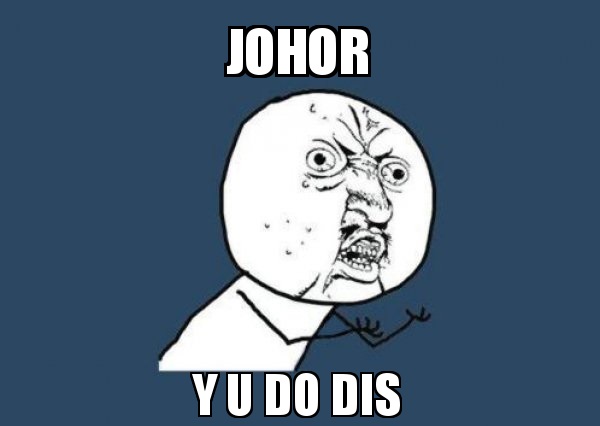 The controversial project, said to be silently agreed to by the Johor government and a China company named Country Garden Pacificview, will result in four man-made islands in the seas between Johor and Singapore. Named Forest City, the project spans 3,942 acres and is said to cost RM450 billion. While Country Garden had reportedly compensated some 250 affected fishermen an amount of $25 million, with all the new land coming up in the area, fishermen there may have to eventually change their careers or move elsewhere.