OMG you gaiz! It’s already August, and that means we’re only half a month away before the Merdeka Day celebrations! It’s also a chance to see cool displays from our country’s military parade, with jets flying across the skies and tanks rolling down the streets of KL!

But cool as it is, does the Merdeka day military parade really show us the true strength of our Malaysian military might? And actually, how strong is our military compared to our neighbours’ anyway? Enough to protect ourselves or not wan?

How big is Malaysia’s military?

If Malaysia ever goes to war, it would probably be with our closest neighbours, which would be Singapore, Thailand, Indonesia, and the Philippines. But how big is their army compared to ours? Well, according to popular military analyst site Global Firepower, Malaysia actually has the smallest overall army size (active + reserve) compared to all our neighbours, and this includes Singapore! 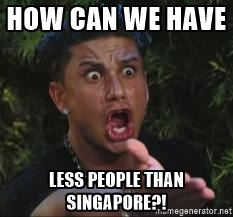 Okay, to be fair, Global Firepower does say that their information is compiled from publicly available sources and sources like the CIA.gov and CIA Factbook, and that some of these numbers are estimations. So these numbers may not be 100% accurate, but is rather their best estimation from the information they obtained from these sources.

According to Global Firepower, the respective nation’s armies are:

Singapore, despite being the smallest nation on the list, actually has the biggest army. #ObviouslyCompensating

But does this mean Malaysia is gonna lose in a war with our neighbours? Well, while numbers are important, what’s probably more important is how well-equipped an army is when it goes to war. To assess this, a look at the equipment that each country has that goes boom-boom-pow (tanks, jets, warships) reveals:

Yeah, in case you noticed it, that wasn’t a typo. According to Global Firepower, Philippines only has 8 jets. That’s small enough that their fighter pilots could probably share 3 large pizzas between them. Also, while Thailand technically has an aircraft carrier, it…doesn’t carry any aircraft. The weight of failed expectations perhaps?

By the looks of things, compared with our neighbours, Malaysia actually can out-boomboompow only the Philippines in terms of gear (so stay away from Sabah ugaiz!). If we ever go up against our immediate neighbours like Thailand or Singapore though, it might be an entirely different story.

Woah, Malaysia’s army sounds weak… But do we actually even need a big army?

To be fair, one of the reasons for why Malaysia’s army is less equipped than our neighbours is because we’ve been lucky enough to not have any major insurgencies like Thailand has, and we’re also not under possible major threat from bigger countries like Singapore is. Malaysia is also much smaller in terms of land mass when compared to Indonesia, so there’s less need for a big army or a lot of equipment to defend our borders. Another possible reason for why Malaysia might not even need a powerful army is because of the formation of ASEAN in 1967, initially consisting of Thailand, Indonesia, Philippines, Singapore, and Malaysia, before being expanded to include Laos, Vietnam, Cambodia, Brunei, and Myanmar. Being in a unified bloc of nations committed to cooperation and non-aggression reduced the risk Malaysia had of going to war with our immediate neighbours, so maybe Malaysia doesn’t really need such a big army to be safe after all.

This is perhaps best reflected in Malaysia’s military doctrine, where according to our Ministry of Defence:

“Malaysia renounces the use of threat and application of force as a means of settling international conflict and advocates and practice the peaceful resolution of disputes… through the adoption of a defence strategy based on bilateral and multilateral defence diplomacy achieved through regional and international cooperation.” -Ministry of Defence

In other words, we prefer to ajak other countries to a teh-tarik session and talk things out rather than throw bombs at them. That’s perhaps good news for Malaysia, because Cilisos spoke to somebody from the Singapore Armed Forces, and found out that…

Cilisos had the opportunity to speak to a Sergeant from the Singapore Armed Forces (he preferred to remain anonymous, so we shall call him ‘Lance’), and what he revealed about Singapore’s personalized plan against Malaysia if the two countries were to go to war scared the sos out of our cilis. 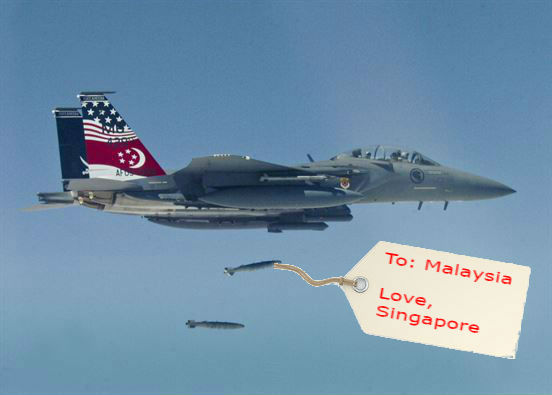 According to Sgt. Lance,

“From my understanding, the military doctrine of Singapore (SG) is based somewhat on Israel’s. Because SG can’t afford an invasion on its home soil… it would have to expand out to create a buffer…If creating a buffer is not feasible, then a swift pre-emptive strike with the Air Force together with the elite Commando and Guards units will be needed to neutralise the threat.” –Sergeant Lance, Singapore Armed Forces

Woah. It’s kinda creepy that Singapore actually has a pre-plan on what to do should they ever get into a war with Malaysia which includes striking Malaysia first if Singapore is unable to ‘create a buffer’. When asked if the ‘buffer zone’ means Singapore taking over Johor, Sergeant Lance simply replied “Most likely. Haha.” 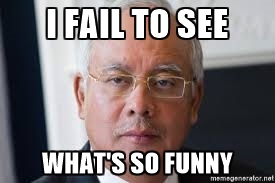 What’s perhaps even scarier is that according to Sgt. Lance, Singapore’s field exercises only lasts for a maximum of five days, because it’s a common belief that if Singapore fails to establish power over Malaysia within 5 days, they would lose the war. Omg!

But our strength truly lies in global peacekeeping

While our army may not be the best in the region, and our defence sector may have its own problems,  our army boys have made our country proud on the international stage before, and they did it by saving elite U.S. forces! Malaysian GGK Commandos, the elite group that saved the US Rangers. These guys go through one of the hardest training programmes in the world. Image from wikipedia.com

Yeah, no kidding. In 1993, our Malaysian forces on peacekeeping duty in Mogadishu, Somalia played an important role in saving the lives of U.S. rangers when their Black Hawk helicopters were shot down by Somalian militias. Thanks to the efforts and sacrifice of our Royal Malay Regiment, the trapped U.S. Rangers were successfully rescued, a fact that the US themselves acknowledged (about 20 years later).

Besides that heroic incident, our army also has a really active peacekeeping track record, being dispatched to various countries to help in peacekeeping and humanitarian roles such as Bosnia and Herzegovina, Liberia, Indonesia, Cambodia, and Lebanon, proudly flying our Malaysian flag and serving with distinction! #JalurGemilang

But the REAL threat seems to be coming from… ourselves

Perhaps the scariest thing of all is that Malaysia’s defence ministry seems to be it’s own worst enemy. This is due to an enemy that’s silent, invisible, and deadly, one that the army’s radars and equipment cannot detect or fight against. No, we’re not under attack by ninjas. Image from https://steamcommunity.com

That enemy is corruption, as highlighted by Transparency International (TI) in a comprehensive report last year.

According to TI, two of Malaysia’s top defence contractors, Boustead Naval Shipyard and Sapura Group scored 2.94 and 13.24 respectively in the Defence Companies Anti-Corruption Index, which classifies them as highly-corrupted, government-backed defence companies. Malaysia’s score on TI’s survey on defence corruption is a low ‘D’, which loses out to Singapore’s ‘B’ grade, but hey, at least we made some improvements from 2013, when we scored a ‘D-‘.

Still, it would seem that instead of worrying about whether Malaysia can beat other countries in a war, perhaps Malaysia first needs to make sure that the war against corruption is won first.