Imagine, for a second, that you’re lost and alone in a foreign land filled with strangers. You shake someone’s hand as a way of greeting, but that makes the strangers angry for reasons you don’t know. Other people appear, and they are loud and scary and they tie you up and take you away.

It might not be the best analogy, but perhaps that’s how Ahmad Ziqri Morshidi felt when he was arrested last week by the police. Ziqri was out to celebrate his birthday with his family when he touched a woman’s breasts, whose family later filed a police report leading up to Ziqri’s arrest. Any other day this case would have been a classic molestation, but here’s the thing: Ziqri is autistic.

You can see Ziqri’s mother consoling a lost-looking Ziqri as the police led him into the court, after he spent the night before in prison. He was later released on police bail, but while the PDRM had stressed that the arrest was done according to their SOP, netizens, especially those with an autistic family member, were understandably horrified. Select comments from an FB post in Autisme Malaysia.

NGOs related to autism called for the police to rethink the way the police deals with autistic persons, and a petition was drawn up demanding that. The woman who was groped had even claimed that the public had harassed her for making that report against Ziqri. To understand why the arrest of an autistic man struck a chord with so many people (if you haven’t already), here’s a simple video explaining autism:

As you can see, autistic people are a bit… different from regular people. Unfortunately… 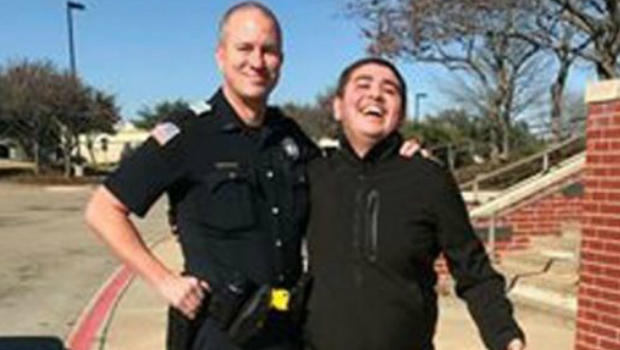 A police officer letting an autistic teen be an officer for a day. Img from CBS News.

Now that we’ve known a bit more on autistic behavior, imagine that you’re a police officer patrolling a shopping mall. You see a person standing awkwardly near the jewellery shop, and you ask the person’s name. The person doesn’t respond and avoids your gaze.

Because this hypothetical question is in an article about autism, you could guess that this person can probably be autistic, which explains the non-speaking, gaze-avoiding and pacing. But had it happened in real life to a real cop, the person would’ve came across as very suspicious indeed. One may even suspect the person to have a concealed weapon and is planning to rob the jeweler. In the face of such potential danger, ‘autism’ may not instantly cross the police’s mind.

While we can’t find the actual numbers, due to their behavior some academics have suggested that people with Autistic Spectrum Disorder (ASD) are seven times more likely than a relatively normal person to get tangled up with the criminal justice system. To make things worse, police action may make things worse for autistic persons, as they are known to have meltdowns if they’re overwhelmed enough, probably injuring themselves and the police, which worsens the situation. This happens in about a third of incidents between autistics and the police, says CAMH. Meltdowns look like temper tantrums, but it’s a bit different. Img from MyAspergersChild.

We can’t say for sure that there hasn’t been any such incidents in Malaysia before. Ziqri’s arrest had happened without much incident, probably because his mother reportedly had to lie him that he was in a Gerak Khas movie (a Malaysian cop drama), but going through the traumatic experience of an arrest and a night in lock-up had probably been damaging to him. Ziqri was said to refuse to eat or change upon returning from the court, and had to be counseled by social workers.

“It is good that they (people from the Welfare Department) are coming because even I can’t get through to him. I am not even sure if he knows what happened to him. I don’t want him to be traumatised. There is no reaction from him, so I just don’t know,” – Hasnah Abdul Rahman, Ziqri’s mother, to the Star.

Could what had happened to Zikri be prevented? Perhaps, but…

NAH, BACA:
So CILISOS had a real kecemasan and we called 999. Guess how long it took them to come?

These things probably happened due to a lack of awareness There’s a WikiHow article on teaching autistic children to sit in a chair, so imagine the task of teaching right from wrong.

The most common cited prevalence for autism is 1 in 68 people (US, 2010), but judging by the increasing number of children enrolled in special needs classes since 2006, autism could possibly more common than that. Yet awareness of it remains quite low. Had Ziqri’s mother not been there, the police probably wouldn’t be able to tell he has autism, as they had requested a four-day remand on him (which was denied). This is not a uniquely Malaysian situation, as a lot of things we’ve said in the previous headers came from experiences in other countries.

Perhaps the main issue here is that you can’t instantly tell people with ASD and criminals apart. A Purdue University essay had cited that their ‘strangeness’ makes them highly suspect, and maybe the only difference between them and regular criminals are the intent behind their actions.

A pervert’s intent in touching a stranger may be to molest, but autistics have been known to touch people because of an intriguing patterns on their clothes, to grab a shiny police badge or simply because they like that person, reasons that may not be enough for normal people to touch strangers.

“Unfortunately, an autistic boy, in a body of a man, sees somebody who is pretty and nice, and might come up and touch her. This is wrong but he does not know it. Sadly, he touched someone (which is wrong) and as far as the girl is concerned, she has been violated. I can’t blame the girl either,” – Feilina Muhammad Feisol, chairman of National Autism Society of Malaysia (Nasom), to the Star.

So how then can the police tell if a person is a nuisance or just autistic? Some NGOs had practiced the use of autistic identification cards, but there have been cases where high-functioning autistics had tried to explain their status to an arresting officer, only to be disregarded or treated more roughly. Other places have NGOs who sponsor special training programs to the local police force, so that they can identify and handle autistic persons better.

Ziqri’s story may well be the first incident regarding the police and autism in Malaysia (we can’t find any previous incidents), so…

Here’s how the PDRM can improve their SOP on autistics

Until our own NGOs can come up with something, perhaps the police (as well as the public) can refer to a guide by the National Autistic Society of UK (which can be downloaded here), which details, among other things, how to identify an autistic person… …how to approach them… …and how to arrest them, if it comes to that.

Changes in law enforcement can take a while. The number of officers equipped to handle autistic persons remained low globally, and there is no shortage of stories where autistic people were brutalized or even murdered by the police in other places still. Perhaps the first step in changing that is increasing the public’s awareness, and if more people knew and understand about all kinds of people (not just autistics) and why they do what they do, incidents such as these can be prevented in the future.

[UPDATE 21 SEPT 2018: According to the PDRM’s official Facebook page, PDRM is taking steps towards refining their treatment of suspects with autism and other disabilities by liaising with the Pusat Permata Kurnia and the NGO Yayasan Pengaman Malaysia (for police retirees). Through that, the PDRM will be organizing a series of autism awareness programs among their force, especially those involved in crime investigations. They will also be looking at examples of how other countries are handling autistic suspects as well. -END OF UPDATE-]

Also, you can consider signing the petition for this issue here.