We’ve all done this – at the very least, once.

You’re out for a night at the local mamak with the gang, and after a couple of teh limau ais and roti kosong, a stray cat brushes your leg underneath the table, or near your chair. Being the kindhearted-souls that Malaysians are, we take a piece of the leftovers from our plate and feed it to the poor, starving kitty, in its dusty, patchy, forlorn-looking fur.

The stray will happily lap it up, and stand by your side the whole night, hoping, almost helplessly, should you ever decide to drop more scraps from the table. And for a moment, we feel good for being the source of momentary salvation for a starving stray on the streets. We have bleeding hearts, we Malaysians really do. Now, really! How can you say ‘no’ to that? Modified image from Caternews.

But next time, perchance you stumble upon a lost-looking stray kitty, or even a puppy, feeding it scraps might not be the best option.

Malaysia has had its fair share of strays (in the form of both cats and dogs), with news sites outlining the problem of the growing population of strays. Be it the developmental projects strewn across states, or irresponsible owners leaving their pets behind, there are various reasons which contribute to the initial problem.

Back in 2013, the folks in Kuching faced some troubles with strays. The worst was seeing carcasses of rotting strays on the streets, after being hit by vehicles. The strays’ remains would then marinate on the roads in the hot sun, before being crushed into a ‘nauseating horrific mess’ by other incoming vehicles. Lo Khere Chiang, the Padawan Municipal Council Chairman at that time, pointed out that, stray cats would jump on tables at eateries to score some food, while stray dogs would urinate to claim territories, while creating a mess in rubbish bins.

Strays carry diseases that not only can spread to domesticated cats, but to humans as well. The ever-popular (and lethal) rabies, and the less-heard-of bartonellosis (cat-scratch fever, not as fun as disco fever) and toxoplasmosis (dangerous to unborn babies!). Just two years ago we had a rabies outbreak in Penang, Kedah and Perlis where there were up to 22 victims! This was a pretty big deal, since the last rabies case in Malaysia happened back in 1999.

Perhaps there’s no wonder why people have made a good deal out of capturing and killing strays. That’s right, there’s a good market in killing strays. 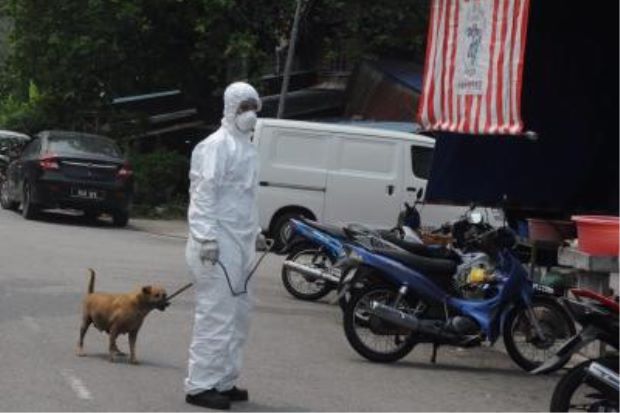 Lately over the past few years, it has become a trend to enact these ‘mass culling’ operations, because not only it is relatively cheap for state governments to do so. Its effectiveness, however, is debatable. Now, before you go stomping off to protest, ask yourself, what could states like Penang do? These operations have been instrumental in ending the rabies panic in such states.

“The people can criticise all they want on the issue. But when something bad happens or people die, the one answerable is the state government, not the NGOs.” – Lim Guan Eng on the culling of dogs during the 2015 rabies outbreak in Penang

Which brings us back to the matter at hand – feeding strays. The average Malaysian doesn’t have to embark on a massive operation to save strays, no, we’d just have to take the smallest step possible in helping to mitigate the problem. Ironically, it’s to not feed them. Now, this is where it gets complicated.

So how does feeding our strays do harm? Feeding strays will seemingly help them live longer on the streets, and while they’re out there, it will create a stable environment where they’ll mate and breed, spawning a generation of brand new strays to roam the streets.

NAH, BACA:
This British officer fell in love with Malay culture... so he stayed back to protect it

However, just because they might live longer, it doesn’t mean they’ll live as happily as a domestic pet would. The truth is, regretfully, without vaccinations and neutering/spaying, the diseased-riddled animal would suffer from tragically short lives. PETA even confirms this, noting that feeding strays (or as described in this article, “ferals”) will increase their chances of giving birth to more kittens who are most probably going to die on the streets.

Take for example cats – this also crosses over to the domesticated cats (our house kitties!), which is why it’s a good idea to not let your pet go outside, where they might mate with strays. One careless move and you can end up with a viral epidemic of rabies just like our northern states!

This is a highly sensitive subject, as most will observe that denying a starving stray food could seem very heartless. Pet lovers would absolutely loathe acting like so, especially to a poor creature in need. Any decent human being would find it hard to do this.

But that’s not to say the good people of Malaysia haven’t done anything to circumvent the problem of stray animals around town. One obvious way out is to adopt strays and give them a good, comfortable home that would keep them happy and healthy, but it goes without saying that it’s a very unrealistic solution. Plus, mamaks do rely on strays to actually help keep rat population down. Strays do play an important role in our lives!

Dr Peter Marra, a US academic and the director of the Smithsonian migratory bird centre in Washington, commented that all strays should be rounded up, and adopted by willing families, in his book ‘Cat Wars: The Devastating Consequences of a Cuddly Killer‘. This seems to be the more peaceful approach, as he suggests that the more extreme alternative would be to euthanise unwanted strays.

But we don’t want to that. We really don’t. 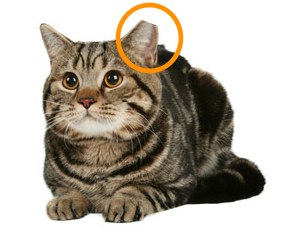 Where your ear tips at, cutie? This indicates that a cat/dog has been spayed or neutered. Photo from facespayneuter.org

To really nip the problem in the butt, spaying and neutering is still the best option to manage the ever-growing population of strays in Malaysia. Vaccinate your pets to prevent infections, and neuter or spay them so you don’t end up with a surprise litter of kittens. It might seem like it’s a cruelty to prevent them from having offspring, but your pets will live healthier and longer for it.

Animal lovers can also donate to TNRM (Trap-Neuter-Release-Manage) programs hosted by various NGOs, where strays are humanely trapped, brought to a clinic to be neutered/spayed, have their ear clipped (to make it easy for people to identify a neutered/spayed stray), and thereafter be released back to the community. That way, they get to go “home” sterile, effectively avoiding a chance of them impregnating or getting pregnant again.

It also reduces aggression and disturbing behaviours in the cat or dog. You can participate by sponsoring a neuter/spay surgery, but it does cost quite a bit (RM165 onwards for cats, RM265 for dogs on this page).

The trap-neuter-release model has been an effective method in various countries too. Photo from nwspayneuter.org and feraldog.wordpress.com

Our country has no shortage of NGOs dedicated to bettering the lives of these strays, from giants like the Society for the Prevention of Cruelty to Animals (SPCA) Selangor (with government lobbying power for better animal welfare laws) to smaller scale rescue homes like Pak Mie Shelter and Furry Friends Farm. More recently is the Animal Welfare Bill 2015 with more exhaustive restrictions and harsher penalties.

But these NGOs can only do so much on their own, and any help from the public would greatly help manage the problem effectively and humanely as possible. A slower, longer-term approach would be to fully commit when showing kindness to a stray, bringing them to shelters, neutering or spaying them. But until then, perhaps we could recognise that feeding a stray (and one that’s not been spayed or neutered) out of kindness, could ironically be the worst thing to do.