UPDATE: It turns out that the threat of a supposed hackfest by a group claiming to be Anonymous Malaysia on 29th August did not took place… at least, not on all of the 150 targeted websites.

The official website for the Polis DiRaja Malaysia (PDRM) had apparently detected a hacking attempt last Saturday evening, which prompted the site to be brought down temporarily for restoration purposes. Likewise, the portal for the Ministry of Education (MOE) was also down, but this one was most likely in anticipation of the hack threat instead of an actual hack attempt. Other than that, things were pretty quiet on the local cyber security front.

The most surprising bit of news of all was that, somehow, PDRM had managed to tangkap members of Anonymous Malaysia! But not really. Rather, three individuals aged between 18 and 21 years old were arrested as they are believed to be responsible for the threat. The arrest was the result of the police’s joint intelligence effort with CyberSecurity Malaysia and the Malaysian Communications and Multimedia Commission (MCMC).

Just over two weeks ago, Anonymous Malaysia released a video on 4th August threatening the government and calling for the resignation of PM Najib over the discovery of a certain RM2.6 billion in his personal account. Just in case your timeline is occupied with all things BERSIH, don’t forget about what they want to do: an all-out cyber attack on 150 “strategically selected” government-linked websites. Their scheduled date of attack? Now, ugaiz may be wondering why any sort of coverage would be given to such a fringe group of people. Well, Anonymous Malaysia claims to be linked to the original Anonymous hacker group (if it’s not already obvious by the use of the word ‘anonymous’). So, if Anonymous Malaysia is anything like the original, the media better be paying attention, correct or not?

But here’s the thing. On 14th August, in a curious turn of events surrounding the latest threat video, Anonymous Malaysia claimed that the video threat was not even theirs!

Which brings us to the other thing: how can there be two Anonymous Malaysias? Is this even legit? We decided to plug ourselves into the Interwebz to find out more… (well, we already are on the Interwebz, but you get the idea). 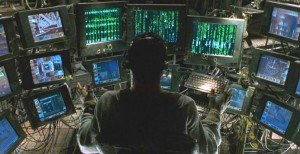 It’s not a heavy read at all, trust me. Unedited image from techcrunch.com

Will the original Anonymous please stand up?

Let’s start at the beginning… more or less.

The original Anonymous started out as a group of online prankster-hackers which operates out of 4chan (the link’s safe, don’t worry!), a forum board where site members could share content under near-complete anonymity, if they choose to do so. The idea of doing something – ANYTHING – and not be accountable for it was something that the hackers latched on to early on, and they realized that they could do more than just annoy the bananas out of people. So they did.

More annoying than the peanut butter jelly dancing banana song. Click at your own risk.

In 2008, the hackers launched Operation Chanology, an attack on the Church of Scientology (y’know, the one with Tom Cruise). The church was very aggressive in attacking its online critics, which the hackers took as an attack on freedom of speech of the Interwebz. The operation saw the group of hackers evolve into a worldwide political movement, complete with its own identities (yes, plural) and even a rule of conduct. And thus, Anonymous began to take shape. With the Guy Fawkes mask as its logo. Image from composta.net

Despite its global outreach, Anonymous is not actually led by anyone. It is basically decentralized, and acts more like a colony of bees.

As a result of this decentralization, anyone is free to use the idea or name of Anonymous and make it their own. This is how Anonymous was able to rapidly expand its global network for the 2008 operation, which has since led to the development of many other chapters of the hacker group, both officially affiliated or otherwise, like the ones in Germany, Korea and even Singapore!

So Anonymous Malaysia IS linked to Anonymous, CONFIRM! (Ya meh…?)

After strings of attacks worldwide, Anonymous threatened to attack Malaysia in 2011 as a warning to the government’s censorship of the Interwebz. They encouraged the participation of regional hackers, where – surprise, surprise! – a whopping 80% of them turned out to be either Malaysians or based in Malaysia. Under Operation Malaysia, they carried out attacks on a total of 91 Malaysian websites, including government portals. Screencaps of some of the hacked websites. Cropped images taken from joshuaongys.com, financetwitter.com, and nubsht.wordpress.com

The locals involved with Operation Malaysia essentially formed the Malaysian chapter of Anonymous not long after. While the only evidence we have of this is this sketchy interview on an equally sketchy hacker-themed website, it does seem to make sense. Malaysian hackers have been around as early as 2005, but as perception of hackers changes, it’s only natural for them to also shift their stand on hacking, from being a “black hat” to being other hacker hat colours.

Regardless of how they started, Anonymous Malaysia has been giving us some. reasons. to. notice. them. since 2011. While a handful them managed to take off and achieve some level of success, the rest didn’t even leave a dent on their targets. Like the cyber war they were in with Pinoy Vendetta over the Sabah Crisis of 2013. Image from defence.pk

In fact… a closer look at their highlights reveal several tell-tale signs that do not seem to jive with what the original group stands for, like threatening to inflict actual physical violence or choosing to not get involve with political issues.

But… why so many ‘Anonymous Malaysias’?!! 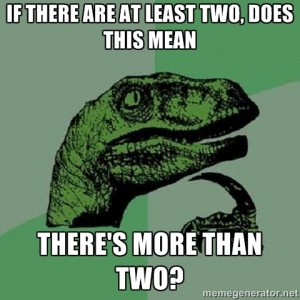 We couldn’t wait for Chris Pratt long enough to help answer Philosoraptor’s question, so we went ahead and did a scan of our favorite social media sites for groups that claim to be Anonymous Malaysia.

Here’s what we found:

Although #1 – #3 are in various states of activity, they all seem to share content that more or less align with Anonymous’ mission.

The supposedly ‘real’ Anonymous Malaysia is the most active of the bunch on Facebook, consistently sharing out articles and Facebook posts related to technology and the hacker cause. Their Twitter account is also currently the most active, though the most active YouTube channel isn’t theirs. Does any of these ‘Anonymous Malaysias’ even matter?

Well… it’s difficult to say. They don’t matter much if you compare them to the original Anonymous (or even to other foreign Anonymous chapters, for that matter) since their past attacks don’t seem to have much of an impact. On the other hand, seeing as how they are able to bring down at least 90 government sites by sheer number alone, it’s quite scary to not give a rat’s bottom about them.

However, because of how, er… anonymous Anonymous is, it’s difficult to believe in the severity of their threats even if they’re legit.

And with the ‘real‘ Anonymous Malaysia having denied threatening the government and PM Najib, tomorrow’s supposedly all-out cyber attack seems more and more unlikely to live up to the hype or outdone any of the group’s previous attempts.

Of course, we could be wrong.