KL Car-Free Morning (KLCFM) is officially back on the menu after over a year, as of 7 November 2021. Some of y’all might already know what it is, but we know others who’ve never even heard of it. LOOKS LIKE KL CAR-FREE MORNING IS BACK ON THE MENU, RAKYAT SEKALIAN.

Basically, Dewan Bandaraya Kuala Lumpur (DBKL) kicked off KL Car-Free Morning back in 2013 as a way to promote a healthier lifestyle both among locals and pelancongs. There’s also an eco-friendly element to the this thing – the official website says that the initiative is part of Malaysia’s commitment to reduce carbon emissions. While that’s cool (because of reduced greenhouse gases), what happens during KLCFM anyway? Here’s the deal… We thought the car-free zone would be a bit bigger to be honest. Img from klcarfreemorning.my

Yeah, on the first and third Sunday of the month from 7am to 9am (unless the schedule is changed on the fly), a 7km route in KL’s golden triangle is designated as a no car zone to make way for people who wanna: 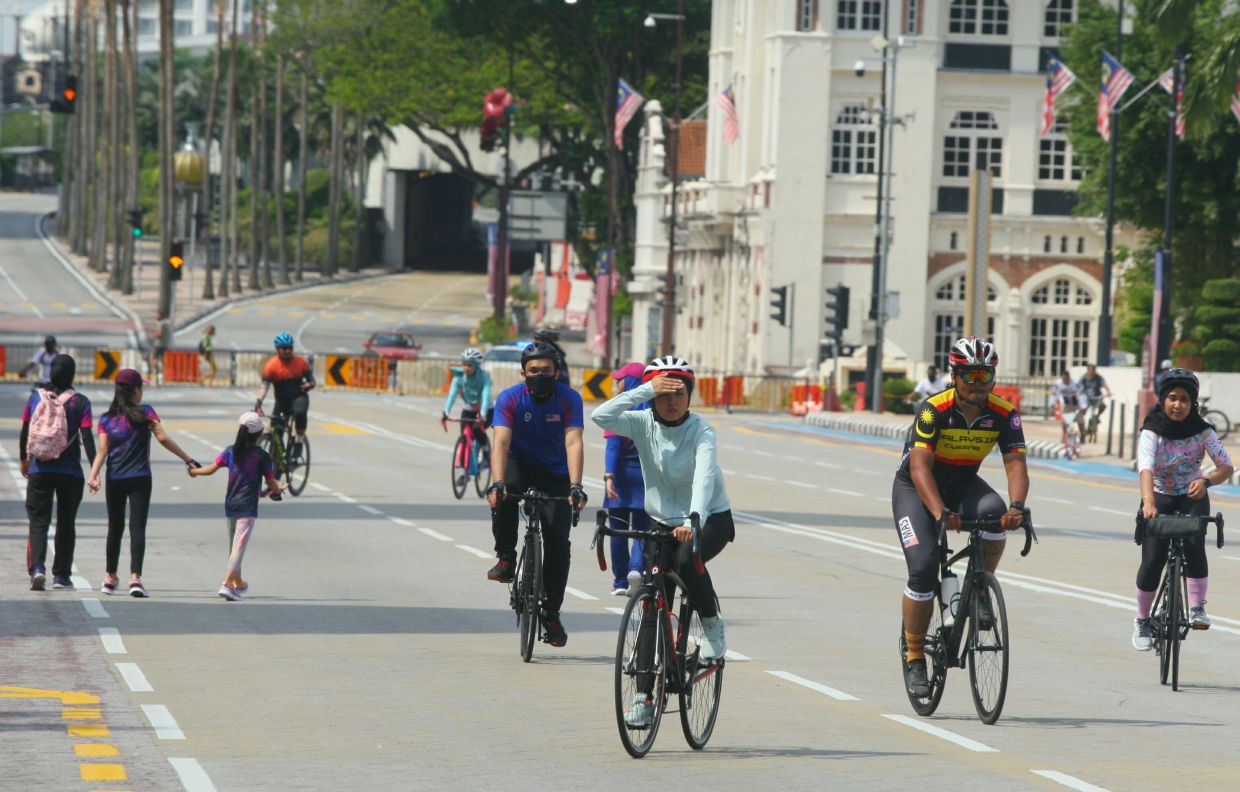 Before the Great Virus Attack of 2019, there were even zumba sessions for anyone who’s into that, but that’s not a thing right now for obvious reasons… which brings us to the measures they’ve put in place to try to minimize risk of infections happening.

There’s the standard stuff like social distancing, and mandatory mask wearing but there’s also a new registration system in place. Only a limited number of people get to participate in KLCFM because now you gotta register beforehand and get a bib (that thing that you see marathoners wear) to enter the area. Also, not sure how they’re gonna enforce this one, but they’re not allowing more than two adults to be “in a congregation”.

Having covered what you can (and can’t) do at KLCFM, what else is there to it?

You can check out KL’s historic landmarks

Wait, a cinema that’s not TGV or GSC? Img from Wikipedia

KL being KL, it’s dotted with spots where old and new come  together, and it’s especially apparent on the KLCFM route. Starting with Jalan Raja Laut, in the midst of office buildings and gomen establishments sits the old Batu Road School that used to be a prep school for the vaunted Victoria Institution. It’s now a school for special needs students.

Down the stretch of Jalan Tuanku Abdul Rahman you’ll find colorful colonial-style shoplots and a handful of notable landmarks: on one end of the street is one of KL’s first shopping malls, Pertama Complex, and the old Odeon cinema. On the other end is the first cinema in Malaysia, the Coliseum Theatre and next door to that is the Coliseum Cafe & Hotel.

Those of you who’ve been in a traffic accident around the Jalan Dang Wangi area will probably remember the Dang Wangi police station, but that’s not all there is to it – two other historic shopping complexes, Campbell Complex and Kompleks Wilayah, are also situated here. 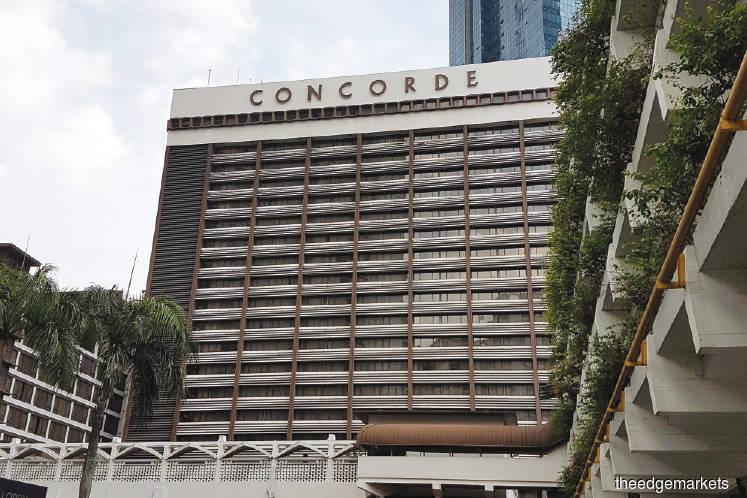 Man, the King of Pop had to stay in this joint? Img from The Edge Markets

Jalan Sultan Ismail, formerly known as Treacher Road, plays host to Hard Rock Cafe KL and a shetload of world-class hotels, including the Shangri-La, the Sheraton Imperial, and the Concorde where the King of Pop himself (rest in peace), Michael Jackson stayed when he played in KL as part of his world tour in 1996.

Jalan P. Ramlee is lined with everything a nightlife street needs. Eateries, bars, bistros, clubs, you name it. And it’s within sight of the Petronas Twin Towers, too.

In the end, what’s our verdict on the KLCFM?

KLCFM probably didn’t help much with carbon emissions or obesity, but… 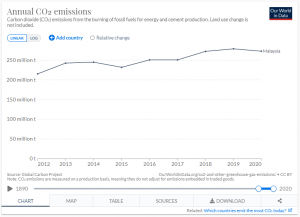 The real surprise here is that emissions were still rising after MCO. Img from ourworldindata.org

We tried really hard to look for stats on annual carbon emissions in Malaysia sorted by state, but unfortunately; Google failed us despite hours of putting in different variations of “KL carbon emissions history”. Not gonna lie, the writer thinks that in the overall scheme of things, barring cars from a small area in KL once or twice a month isn’t quite enough to put a dent in KL’s annual carbon output. Maybe if the other states started doing it, it’d be a different story.

Has KLCFM achieved its other goal of promoting a healthier lifestyle among KLites? It’s really hard to measure awareness generated by an event unless we do a large-scale survey… so we’re gonna go out on a limb and say mungkin ada kot. Maybe the real treasure is the friendship we gained along the way. Img from poskod.my

But hey, maybe the point here isn’t the measurables, but the intangibles: you get to spend a delightful Sunday morning biking and seeing sights in the heart of KL, whether you’re spending some quality me time or hanging with your loved ones… without having to worry about getting run over by cars. For once.