The week between August 16th and 22nd was a pretty dramatic one, with (now ex-)PM Muhyiddin announcing his resignation, and the immediate focus going to who was going to be crowned Malaysia’s Next Top Premier. But in between all of that was an event that may have flown under the radar for many people: The arrest of 31 Malaysians at a candlelight vigil for Covid-19 victims in Dataran Merdeka.

The attendees were brought to the Dang Wangi IPD and were released a few hours later with an RM2,000 fine each for violating SOPs under the National Recovery Plan. However, a video posted by Undi 18 alleged how the arrests (not unexpectedly) violated their civil rights, but also (ironically unexpectedly) didn’t follow the SOPs that the attendees were accused of violating.

We got in touch with Dr. Subatra Jayaraj, one of the 31 people arrested, who told us:

“The police were hostile from the start”

To address an immediate elephant in the dataran, the vigil was organized by Sekretariat Solidariti Rakyat (SSR), who also organized the #Lawan rally demanding for PM Muhyiddin’s resignation in July. However, this was said to not have been a rally, but a memorial for the 13,480 lives lost to Covid at the time. So while it wasn’t straight up political like the #Lawan rally, it can be a little hard making that distinction since much of our problems have been attributed to political shennanigans as much as the virus itself.

Dr. Subatra helped organize the medical team for #Lawan, and attended the memorial in solidarity:

“I felt it was important to represent the medical community at the vigil. We have gone through so much in these past 20 months of the pandemic and have never been given an opportunity to mourn openly…” – Dr. Subatra, in interview with CILISOS.

When she arrived at Dataran Merdeka, she noticed the organizers appearing to negotiate with the police; who were already demanding ICs from those who showed up. Despite that, she regarded the initial few minutes of the event as “peaceful and serene”, with lit candles, a short eulogy, and red roses laid on a banner as a tribute to those who lost their lives to the virus. But that was when the situation flipped around.

“After giving a few minutes to lay down the flowers, where the media personnel crowded around the banner, the police became very hostile.

They forced us to segregate into rows of men and women, and demanded everyone’s IC again, especially getting angry with those who held back their ICs the first few times that they asked.”

At this point, the organizers told the police that they’ve finished the vigil and could bersurai immediately to avoid unnecessary crowds, but were pretty much told 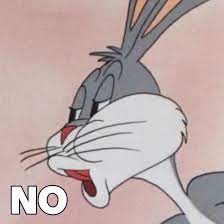 Instead, the police announced that the Black Maria (police transport trucks) were ready and ordered everyone into the trucks to pergi balai. As you might expect, this didn’t go down well with the crowd and a small scuffle ensued – especially when the police refused to answer whether or not the attendees were being arrested.

“The men were forcefully hauled up into the first Black Maria truck.

Nalina [PJ councillor] and Yee Shan [from PSM] were then forcibly dragged by 4 policewomen as they were at the forefront asking questions on behalf of the group. At no time did any attendee obstruct nor fought back against any police officer.

I was then the third person among the remaining women attendees. All the while, I was repeatedly asking, “Adakah saya ditahan?” and saying “Jangan cederakan sesiapa”’. Despite no answer, we were forced into the Black Maria one by one.”

The police (allegedly) broke SOPs in more than one way The banner and roses taken for “investigation”. Image from The Vibes via Twitter.

We won’t get into too many details here, but there are certain SOPs that need to be followed to make a legitimate arrest, such as informing the person that they’re being arrested and giving them access to a lawyer. You can read more about it from this Asklegal article or the Red Book provided by the Malaysian Bar.

If you didn’t watch the video at the start of the article, the immediate problems that cropped up were:

However, the Dang Wangi IPD told The Vibes that the participants weren’t being arrested, but brought in for “documentation”, so…… 🤷‍♂️ But aside from the constitutional/legal stuff, there’s another concern that comes with the new normal – not putting people at risk of getting infected while they’re being documentationed.

The problem starts with the trucks, since it’s a confined space with no way for physical distancing to happen.

“Using the excuse of violation of COVID-19 SOPs to prevent transmission, yet forcing 14 women into one small confined space in the Black Maria truck was absolutely counter-intuitive…”

“At Dang Wangi, we were forced to hand over our phones and made to wait in a small meeting room – which held 31 attendees and at least 20 other individuals.

The room had very bad ventilation and did not at all adhere to the COVID-19 recommendations for ventilation that is needed to reduce transmission. Police officers were not double masked (although most had one layer masks on), no face shield and did not practice social distancing.”

But at this point you might be wondering why they’re making such a big deal about the police following SOPs, cause…

Won’t you risk getting infected by going to a rally/memorial? Wellll…… it would be really irresponsible if we said the answer was no, but there are preventive measures that can be taken to prevent infections from happening. Dr. Subatra explained how they use the Swiss Cheese Prevention Model strategy to minimize the chances of infection. And yes, it’s actually called the Swiss Cheese Prevention Model because you’re overlapping different slices (strategies) to fully cover any holes (weaknesses) that appear in each slice.

“The perception that protest and gatherings are incompatible with COVID-19 prevention measures is a false assumption.  Risk of transmission outdoors is 18X less than in confined spaces.

None of our organisers, marshalls and observers have tested positive post rallies and #Lawan events.”

While Health DG Dr. Noor Hisham also confirmed that there were no clusters from #Lawan, we wanna clarify that this isn’t a call to action to attend rallies and protests since, at the end of the day the risk is still there, just minimized. You can also see #Lawan’s guide here. From the #Lawan rally in July. Photo by Mukhriz Hazim via Malaysiakini

With the situation as it is, Malaysians are also taking on different forms of protest, such as the one-man solo hunger strike to protest the government’s handling of the pandemic. But for Dr. Subatra, it comes from what she’s seen and experienced within the healthcare system.

“As part of the Malaysian healthcare system I have spent the past months managing COVID patients, striving for equitable vaccination for everyone, and have had family and friends die as a result of inefficiencies and mismanagement of the pandemic.

I have a right to speak out alongside my colleagues in healthcare who are frustrated and exhausted, yet may not be as privileged to speak out. Staying silent is no longer an option. We need to demand accountability.”

At the time of writing, SSR is contemplating their next legal step. But on the more immediate note, they’re also looking for contributions to help pay off the RM62,000 compound (total from the 31 people). Here are the details, or click this link for more info:

Share this article:
NAH, BACA:
How likely are you to survive a shootout with PDRM?