You hear this loud crunch of metal-on-metal action as you’re hit from behind! 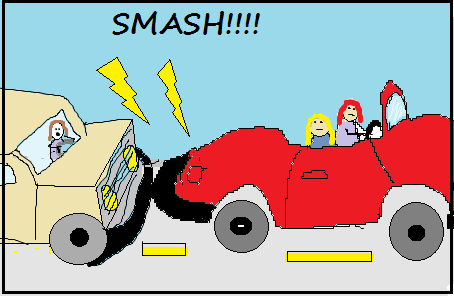 Image from Cents and Sensability.

Alamak! Kena accident nih! What kinda idiot dunno how to drive wan!?? You’re about to get out of your car and give the fella a piece of your mind…

Gif from SenorGif via Giphy.

For those of us who’ve been involved in non-life threatening accidents before, the first thing most of us would do is to try to privately settle it with the other driver rather than deal with the hassle of making a police report and claiming insurance. Unfortunately, it’s a little more complicated if the other car is a government vehicle.

While most of us will probably go through our entire lives driving without getting into an accident with any of these but as the saying goes, Malang Tidak Berbau so it might still be a good idea to know what you’ll be getting yourself into. To help us out, we asked: | Lawyer extraordinaire Fahri Azzat | Marcus Tan of AmerBON Advocates | Azri, legal advocate and solicitor | Polis Diraja Malaysia |

Although we’re using police cars as a reference point, we first gotta figure out…

Wadahek is a “government vehicle”? PM Najib with his official car. Image from The Star.

It might seem to be a pretty obvious question, but we should probably qualify what counts as a government vehicle and what doesn’t. A government vehicle is one that has been purchased by any of the ministries for OFFICIAL use. Here are some of the ones you’d see on the road:

Surprisingly enough (since everyone at the CILISOS office got this wrong), public busses aren’t considered government vehicles. For ambulances, this article would only apply to those owned by government hospitals since private ones will have their own insurance policies. And you’d have to be quite champion to hit or kena hit by a minister’s or Royalty’s car since they usually surrounded by police cars  🙂

The thing to note here is that this article is supposed to give you a basic understanding of the laws and procedures so you’d know what to expect. Again, we’re using the police as the main example for this article since they’re the ones who’re regularly out on the road. There might be some minor legal differences (such as with ambulances) so we recommend checking with a lawyer for your specific case. Touch wood.

1. The first thing you MUST do is to make a police report For illustration purposes only. Original image from Ipoh Barat Voice.

The above might seem to be a Captain Obvious statement, but it’s also the most important. You’ll HAVE to make a report within 24 hours, where the investigating officer will determine who’s in the wrong. Of course, it’ll also make it much easier if you take pictures of the accident scene (before anything gets moved) and the license plate, name, and badge number from the other vehicle.

It was YOUR fault

You’ll have to pay a RM300 fine for causing the accident and the other party will claim the repair costs from your insurance.

It was THEIR fault

According to the PDRM rep we spoke to, all you need to do is to submit an insurance claim since all cop cars are insured.

You might be thinking right now that this is exactly the same procedure as any normal accident, so why are you wasting your time reading this, right? Well, we’re just gonna make it a little more complicated.

2. You might get in trouble even if you DIDN’T cause the accident (Wait wut?) Unlike us regular drivers, there are laws that give extra protection to government vehicles due to the work they have to do. Again, this will vary on a case-to-case basis but we’ll just give you a general idea of what we mean.

So let’s say that you’re driving along the highway when a police car comes speeding behind you with sirens blaring. If you don’t give way to them and they somehow crash into you. Ordinarily, it would be their fault since they hit you, but in this case YOU might actually be get in legal trouble for preventing them from doing their duty. For example, you could be charged under Section 186 or 187  of the Penal Code for preventing a them from carrying out their duties, or Section 55 of the Road Transport Act for failing to stop your vehicle when asked to.

But how do you know if a government vehicle is on duty or not? So initially we thought that a government vehicle is only considered to be on duty when the sirens are on, but nuh-uh… they’re considered to be ALWAYS on duty as long as they’re out on the road. For example, the Police Act specifically states that every police officer is considered to be on duty as long as they’re in uniform, so just because the sirens aren’t blaring doesn’t mean they’re just joyriding in the patrol car. This is also why you don’t see cop who’s not in uniform driving a police car.

However, our lawyer friends also mention that this rule is a little less clear-cut for minister and Royalty cars, because it can be harder to establish if they’re on public duty or not. Remember that issue a few months about whether or not we should give way for VIP cars? It’s pretty much based on the same argument.

But either way, just be a good citizen and give way to emergency vehicles plis  😉

3. You can sue the government, but they got PAPA to protect them NAH, BACA:
This 3-year-old Malaysian toddler has to pay income taxes?! Is that even legal?

This is kinda how it works… if Pak Polis hits your car during a chase and you end up with lifelong back injuries, you can file a lawsuit asking for compensation. However, your lawsuit won’t be against Pak Polis because he was operating as a “representative of the government” under the Government Proceedings Act so this this sense your lawsuit is against his employer – the Malaysian Government. 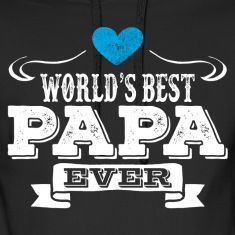 But the Malaysian Government can go to PAPA for help.

This isn’t the kind of Papa that gives you allowance before you go to school, but rather it’s the Public Authorities Protection Act, which limits the time frame you have to file a lawsuit to only three years. For example, if you find out that your permanent back pain was a result of your accident with Pak Polis after 4 years and file a lawsuit, the court will most likely not be on your side because the three-year time frame has passed. On the other hand, if you were the one who caused the accident, the Malaysian Government has up to six years to sue you.

One more thing we should probably clarify is that that a lawsuit and the outcome of the accident investigation are two different things, meaning that even if the insurance claims have already been settled, you can still file a lawsuit if you want to. For example, if you were the patient in an ambulance that was involved in a crash with another car (his fault), you can still sue the driver of that car for endangering your life even after he has paid his fine and the cost of repairing the ambulance. Again, CHECK WITH YOUR LAWYER FIRST.

4. If you get injured while running away from the police, you might be able to sue them First of all. Don’t run away from the police. Just… don’t.

We actually found this out by accident, since our noob-ly worded questions caused Fahri to misunderstand what we were asking. But still, his response was pretty interesting so we’ll add it in. As it turns out, you actually CAN sue the police (or rather the Malaysian Government) if you felt that excessive force was used to stop you from running away.

This is what Fahri has to say:

“Police are entitled to use reasonable force to detain and arrest you. If hitting your car to force you to stop was necessary, then it is likely your claim will fail on public policy grounds. If it was not and the court finds it was [too much] then you could have a claim against them for negligence.”

As an example of this is the case of Aminulrasyid Amzah, the 15 year old boy who was fatally shot by a policeman after a car chase back in 2010. His family was recently awarded over RM400,000 in damages after suing the police because the court decided that the policeman was negligent by using more force than necessary.

So in other words, even if you were guilty of the crime that the police stopped you for, you can still sue them if they used too much force to stop you.

BUT FOR THE LOVE OF FORD, DON’T TRY IT.

5. What if the police car is NOT insured? Yeap, so much earlier we mentioned that all police cars are insured, and the rep at PDRM pretty much told us the same thing. But here’s a story we got from CILISOS reader Nicholas:

“So my dad was driving my car to Seremban on the North-South Expressway. There was a slow down in traffic, so he slowed down but the police car that was behind him did not react in time and rear ended him.

The cops were generally quite understanding, the driver admitted it was his fault and gave my dad his calling card with badge number, the investigating officer did find that it was the police at fault, etc.

But it seems the police car did not have insurance, and we were told after making the police report that we needed to take the car to JKR to assess the damage then to sue the government for compensation. I guess it would have been likely we would have won, but the damage was only rm450, so we just decided to eat it and have the car fixed rather than go thru the motions if suing the government.

And I spoke to my cousin who is a claims adjuster… She said that police cars are bought in fleets, and they are insured in fleets. However it’s inconsistent, some fleets are insured, some aren’t.“

We don’t know how to verify the fleet insurance claim because other insurance people we contacted said they didn’t know about the government’s insurance policies, and we don’t know who else to ask. While the PDRM people were nice enough to answer our other questions, they passed us to different departments when it came to this one. We gave up after we ended up back at their Media Department.

If any of ugaiz have leads for us on this point, let us know plis?

Accidents happen, but you can still try your best to avoid them At the end of the day, no one wants to be involved in an accident – with government vehicles or otherwise. On the flipside, we’re also quite certain that these cops/medics/firemen would rather prevent an accident if they can help it as well. After all, they have families waiting for them at home too.

So, while you should be comforted in knowing that there are laws and procedures in place to make sure you aren’t given a bum deal if you were ever unfortunate enough to get into an accident with them, it might also be a good idea to drive responsibly at all times… especially for things like NOT driving on the emergency lane and giving way to emergency vehicles.

Again, this article is a guideline so for more specific cases we’d still urge you to check with a lawyer. PM us if you wanna get in touch with Fahri, Marcus, or Azri 😀  #freeplug