[Note: The featured image above depicts a severe goitre case in India, not Malaysia. The picture is used for illustration purposes only.]

There is an organ in the human body that not a lot of people are aware of, and the lack of awareness and care of this organ has caused a rise in a couple of unusual diseases in Malaysia over the years.

This organ is called the thyroid and it’s a butterfly shaped gland located in your neck that produces hormones for metabolic and growth processes (betcha just touched your neck to try and feel it ?). The diseases, known as Hyperthyroidism and Hypothyroidism are when the thyroid produces either too much or too little hormones respectively. It could be a bit confusing, so here’s how you can remember it:

Thyroid diseases are the second most common endocrine-related disease after diabetes, but we found out that WOMEN are more likely to suffer from these diseases than men.

Last Monday, a few health organisations came together to launch a campaign called Transform Your Life: Break Free from Hypothyroidism, to raise awareness on hypothyroidism as well as other thyroid diseases. We attended the event and learned that this is what the stats look like for the prevalence of hyperthyroidism and hypothyroidism in males and females in Malaysia, based on a study conducted by the Malaysian Endocrine and Metabolism Society (MEMS) in 2016:

The thing is, you could have these diseases without knowing it

It’s actually pretty scary that you could have these diseases without even realizing it, because the symptoms just look like common illnesses. For hyperthyroidism, the symptoms include increased appetite, insomnia, fatigue, and nervousness. The hypothyroidism symptoms include constipation, dry cough, joint pains, or fatigue.  So you can kinda see why it’s hard to tell whether or not you have either one of these diseases.

This is especially a problem for expectant mothers because a lot of the symptoms can be brushed off as pregnancy symptoms. 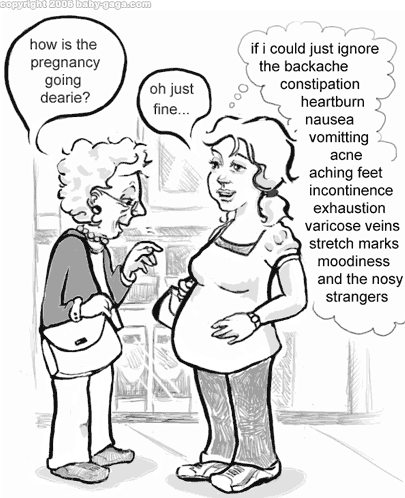 “… symptoms often go unnoticed for long periods of time due to its not so noticeable and non-specific nature” – Dato Dr. Hj Azman bin Abu Bakar, Director of the Medical Division of MOH, in his speech at Monday’s event 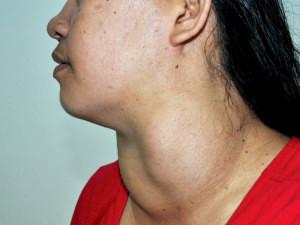 Swelling of the thyroid is called a goitre. Image from healthythyro.com

If hyperthyroidism isn’t discovered and treated, patients will suffer from long term effects, such as osteoporosis (brittle bones), and a whole array of eye problems, while people with untreated hypothyroidism could end up suffering from mental illnesses like Alzheimer’s and dementia. Expectant mothers will also be very badly affected if they have these diseases but do not know it, and eventually, the child could have an underdeveloped brain or even a low IQ in the future, or mothers could end up having miscarriages! Untreated hyperthyroidism AND hypothyroidism can also result in goitre, which is the swelling of the thyroid gland.

Both of these diseases can also result in different types of heart problems that could be FATAL. Back in 2000, some Danish people carried out a study to investigate the risks of 5 levels of thyroid diseases:

Out of 563,700 people, almost 50,000 people DIED, with most of them linking back to hyper- and hypothyroidism related heart problems! Not this kind of heart failure. Image from gomerblog.com

Fortunately, these diseases can be traced back to a common cause: the amount of iodine in the body. Iodine, which is stored in the thyroid, is used for making thyroid hormones for the body. The basic idea is that:

Of course, there are other factors that can cause thyroid diseases, such as surgery, medication and other diseases, but iodine levels is one of the main causes of both diseases.

Ok ya ya, but what does it have to do with living in East Malaysia?

East Malaysians might be less at risk of hypothyroidism…because of… salt!?

Ok, before you start to think that this disease is state-ist (y’know like racist but for states LOL), it’s not. The reason why people living in Sabah and Sarawak are slightly less likely to suffer from hypothyroidism is because of SALT! East Msia being protected by that salt. Original image from thewinchesterfamilybusiness.com

See, the cooking salt in Sarawak and Sabah undergoes iodization which basically means iodine is added to salt. On the other hand, the salt everywhere else in Malaysia isn’t iodized, so us living here aren’t getting as much iodine as those in East Msia.

There’s a reason for this though…

Back in 1996 some doctors did a survey and they found that East Msians were at a higher risk of the disease but West Msians were pretty much safe so the Health Department decided to start up the salt iodization program in Sabah and Sarawak. Since West Msia looked free from any harm of the disease, they decided to just leave it be. According to a local GP, Dr. Noor Eliza Elias, hypothyroidism is more common in remote kampung areas where the villagers don’t have access to much seafood and seaweed, which are also high in iodine. Studies have also shown that the orang asli are at the highest risk with over 80% of them having low iodine levels!

Now it looks like West Msia might have to start mass producing our own iodized salt to be used in our food, and that we might also have to help the orang asli get the right food to try and fix this problem.

Saying that could be a bit far-fetched but it has the potential to be true to a certain extent, because if the East Malaysians get more iodine intake than West Malaysians, it could potentially put them at a higher risk of hyperthyroidism if they have TOO MUCH iodine in their bodies.

“Hyperthyroidism is regarded as the most common among diseases associated with the [thyroid] gland.” – Dr. Noor Eliza Elias, in an interview with The Borneo Post

This table shows the prevalence of thyroid diseases in Malaysians based on a study. Stats from MEMS

If we take the statistics from the table, it would mean that 3.4% of Malaysia’s estimated population (over 31 mil) has hyperthyroidism – about 1,058,343 people, which is MORE than the population of Melaka!! And the stats that were presented in the table were only from a study, and not the actual numbers, so the real number of Malaysians suffering from hyperthyroidism could be higher!

There are a couple of cities in West Malaysia whose inhabitants have a very high level of iodine in their bodies, so it isn’t just the East Malaysians who are exclusively at risk. Results of a study on iodine levels of people in different states. Unedited image from ign.org

KL, Putrajaya and Labuan have some of the highest median iodine levels in Malaysia as a whole, while the rest of West Malaysia has very low levels. Safe amounts of iodine intake should be about 150 micrograms a day, unless you’re pregnant, then you’ll need between 220 – 290 micrograms a day. So either Putrajaya has like seriously a lot of pregnant women or the general population there could be at risk of hyperthyroidism. “Raise your hand if you’re from Putrajaya!” Image from kauno.diena.lt

And since the people living in Sabah and Sarawak have median levels of iodine that don’t exceed 200, maybe they aren’t in that much danger… yet…

Because it’s difficult to find out whether or not you have these diseases just by the symptoms, you can actually take a quick blood test to check and see if you have either one of them. Professor Dr. Nor Azmi Kamaruddin, Chairman of the Transform Your Life program, mentioned the few simple steps for getting a test done:

“All you need is a simple blood test; you do not need to fast, you do not need a full bladder. All you need to do is turn up and hand in your elbow for blood withdrawal. You’ll get your test within a day” – Prof. Dr. Nor Azmi Kamaruddin, during his speech on Monday Having a blood test is easy.. Just wait for the doctor to draw blood and you’re done!

The treatments for both hyperthyroidism and hypothyroidism are pretty straightforward too.

Dr. Zanariah Hussein, President of MEMS, also explained the easiness of the treatment of hypothyroidism during the event. She said that hypothyroidism is the deficiency of thyroid hormones so the sensible treatment would be to just take hormones in the form of tablets to tambah what the body doesn’t have enough of.

The treatment for both of these diseases are in the form of oral meds that the patient would have to take everyday. Seems very easy only right? BUT, Dr. Zanariah said that the real challenge with this treatment is getting patients to actually take their meds regularly, because let’s face it: how many of us really take our vitamins and meds everyday?? But at the end of the day, after getting to know more about hyperthyroidism and hypothyroidism, it’s actually pretty clear that the main problem with them is the lack of awareness, because the diagnosis and treatment is very simple (provided everyone takes their meds regularly la…). As long as diseases like these which aren’t very well known in Malaysia are talked about more often, it’s safe to say that they will be easier to manage once people get more information about it, and hopefully in the future, thyroid diseases won’t be so prevalent in Malaysia anymore.