Mention an ambition we had when we were seven, and chances are you’d see ‘doctors’, ‘surgeons’ and ‘nurse’ in any kid’s answer. Sure, they’re the ones that come to mind when we think about hospitals, but behind the “coolness” of sticking needles into people and changing adult diapers, there are also hospital staff that you don’t see going around grading people’s poop, and sniffing vaginal smears.

Welcome to the world of a laboratory technologist.

It’s not the most sexy-sounding or attention-grabbing job title, but there is much more to it than meets the eye, and that was what I’ve experienced first hand having worked as lab technologist in a Selangor based hospital. Here are 5 realities I (and now you) learned:

1. Most Malaysians actually don’t know who we are or what we do

But for the most part we just handle the gross stuff that comes out of you, and use those to tests for diseases, or to check if you’re OK. 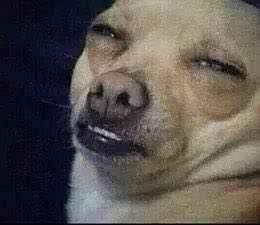 The typical reaction after I tell people: 95% disgust 5% admiration 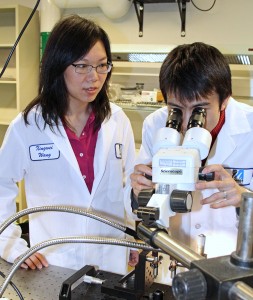 “See closely with both eyes, Ming, that’s how little I care about your opinion.” Image from uml.edu

Doctors sometimes need to take your blood, pee, poop, spit, stomach content samples, and also the gross things surgeons cut out from people, and then send those things to the lab to confirm if his suspicions are correct. Once in the lab, the rest is our job, from taking care of the samples to producing the results for the doctor.

So yes, we study some of same subjects as doctors, because we often have to communicate about test results and stuff like that, but our specific training for working in a lab is what separates us from the others. For example, you actually use both eyes to look into a microscope, instead of one.

Even the laboratory itself (where we will spend all our working hours at), has to be built and designed according to specific guidelines and requirements, from things like ventilation, the tint of the window glass, the distance between tables, even the direction the doors swing. The reason for the strictness is because …

2. You’re at a high risk of catching infections

Considering infectious and parasitic diseases are the third major reason people masuk hospital and die in both private and gomen hospitals in Malaysia, just imagine how scary and stressful it is to be working in a place where hundreds of icky human stuff arrives every day. It’s not possible to know by just looking if the samples you’re handling have HIV, or Hepatitis A, or swimming baby gut parasites looking to get inside you, or nothing. 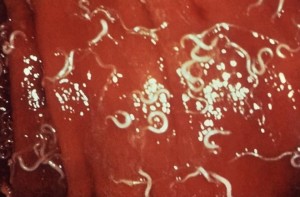 Looking for whipworms in your gut: Worst game of hide and seek ever. Photo from aguitarte.somosmedicina.com

Let’s say you’re taking blood from someone you don’t know has (insert infectious blood disease here, exp. HIV), and you’re feeling slightly sleepy, because you watched a bit too much football last night, you accidentally poke yourself somewhere like, on the finger because you weren’t paying attention,

Congratulations, you now probably have (insert infectious blood disease here). This is a common accident known as needle stick injury, which is still happening too often. Hence it’s important to treat EVERYTHING as if it is dangerous, ALL the time.

The variety of diseases you might catch is more than the choices I usually have for lunch at the hospital cafeteria. Everything can and will infect you if you give them a chance. However, your personal safety is least of the employer’s worries because…

3. You’re handling millions of ringgit worth of equipment and material on a daily basis

Most of the time our job is simple: putting tubes into a machine then sending the results to the doctor. The ones doing the actual work are the machines, and the things cost upwards to a million ringgit, each. Why? Because each is capable of running 70 to 100 types of tests, from detecting virus to counting how much iron you have in your blood. 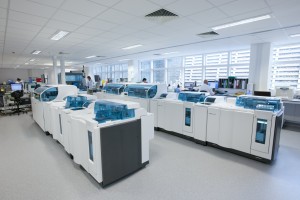 The machines have outnumbered us. We cannot win. Image from laboratorynetwork.com 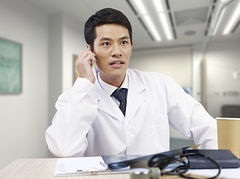 Only the more high-class (like Prince Court Hospital) or government funded hospitals (like Institute Jantung Negara) will be able to afford them. For others, they have to settle with renting them. Some less common tests would have to be outsourced to private laboratories (like Gribbles), which is actually the reason some tests cost more and takes longer.

We may not ACTUALLY run the tests, but it is part of our job to check that the results make sense, maintain the well-being of the machines, and solve any breakdown that might occur. Something like a robot babysitter.

Once you get used to all that responsibility and hazards, and start focusing on the good of the patients, it’s then you realise …

4. You need to get used to grossness and death

Every day at the hospital I worked, there was at least one new dengue fever case being diagnosed, and we were always the first ones to know. If you remember their names, you could actually track their situation, because dengue patients have their blood tested regularly to see if they are recovering. And these bad boys don’t discriminate too – age, race, nor religion don’t matter to the dengue virus.

I had to saw this in half. Image from jbjs.org 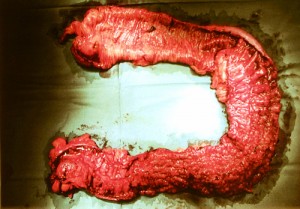 Malangnya the one we had was full of poop. Image from ritaojbradstone.soup.io

… and this freakishly common tumor. (Yes, we get these almost every day.) 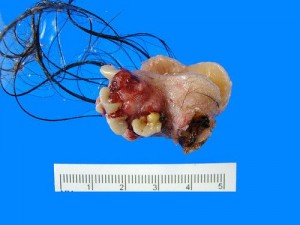 Fun fact: We take these kind of photographs as well. Image from pinterest.com

Okay, story time: I’ve personally seen tumors from the uterus ranging from 15 year old girls to 70-something years old women. The largest one came actually from a 30-something woman. It was a something called a teratoma, a kind of tumor that usually grows its own tooth and hair (picture above), and it was almost the size of a large durian or basketball. But it came with its own covering, so you have to cut it open before you can see it inside. 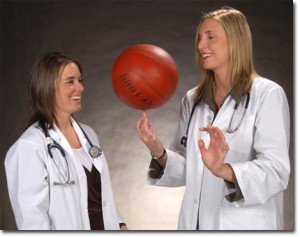 For imagination purposes. Image from gazette.com

Samples come in everyday from old and young people alike, so you become fully aware that diseases strike anyone at any time, and that sort of motivates you to be working for a more fulfilling purpose. But then…

Coming out of my degree, I had a feeling that I was cool and special because I had been trained to access this behind the scene world, and knew things that people don’t that could affect them any time. But that illusion was quickly shattered. 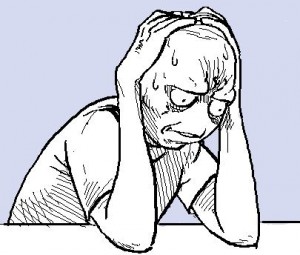 Most other technicians have already worked several years in a few other labs before ending up in the same lab as me. Yet, they are still constantly looking for opportunities elsewhere, because that’s the nature of the job.

On top of that, the common starting salary for technologists in Malaysia is only below RM2000 (even with a degree), and this checks out with a JobStreet survey. So despite all the specialised knowledge you’re required to know, despite all the risks that comes with the job, there’s no special privilege, it was just a typical job.

Still, technologists I’ve met take their jobs seriously. Those that have the will to press on usually end up quite satisfied with their position.

If you haven’t heard, doctors in Malaysia are actually in a bit of a pickle in this day and age. The Malaysian Medical Association (MMA) has said that there are too many doctors with no jobs, and a cutback is actually needed. There are just too few jobs out there.

According to the MOH, laboratory technologists are quite in demand, by being the fifth most employed profession in the government sector. Granted, this was a statistic in 2013, but by my experience hospitals and private labs are always looking to employ.

“I get to meet many people, doctors, nurses, and even patients. It’s interesting because you learn things from them, and it makes every day new and meaningful.” – Lab technologist of 40 years, in a conversation with the writer.

Most people would usually thank the doctors and nurses for their care at the end of their hospital stay, since the behind-the-scenes people like us are… behind the scenes lah. But still, that doesn’t bother us at all because, hey, it’s part of the job. 🙂

So, the next time you visit a doctor, know that there’s an entire team of “invisible people” – technologists, clerks and cleaners – working literally day and night for you. Oh, hospital labs operate 24/7, did I forget to mention that?   😆