Organ donation is hardly a new concept to Malaysians. Some of us may even remember organ donation being reported in the news, like the captivating story of the late Tee Hui Yee. 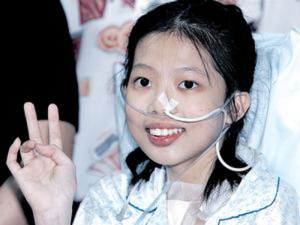 Tee Hui Yee was a young girl whose heart deteriorated to the point that she had to stop school. She survived on a mechanical heart before undergoing 2 heart transplants in 2007 (the first heart was rejected by her body). She passed away in 2012. The cause of death was not stated, but even if it could have been from the transplant, it still gave her 5 extra years. She was to become a kindergarten teacher, had a boyfriend, and even helped raise awareness about organ donation.

But aside from stories, we don’t often hear anything else about the topic. We don’t know if it’s a common practice here, or whether there are any concerns to the average Malaysian. So we thought we’d look at a few things pertaining to organ donations in Malaysia.

By major we mean the the top 4 religions in Malaysia. Our friends over at SOSCILI actually elaborate a lot more on this, but in a nutshell, our Health Ministry, together with JAKIM, actually has a whole document about organ donations from an Islamic perspective, which has a very strong conclusion FOR organ donation.

“Organ donation is one of the highest form of sacrifice as stated by Ibn Qayyim al-Jawziyyah in Madarij al-Salikin. This is because the donor is willing to donate his organ to whom who needs it according to the requirements. Saving one’s life is one of the focus on syarak (Islamic law) in Islam.” – Health Ministry report, translation by SOSCILI

If there are those who want a more global view on this, there’s actually an organisation in the Middle East called the Middle East Society for Organ Transplantation (MESOT) filled almost entirely by Islamic nations.

While there were a few articles that raised doubts about whether a Buddhist should donate their organs because of the lifeforce that still may remain in the body right after death, it seems that it’s not just accepted, but generally seen as a good thing.

“Organ donation is an extremely positive action. As long as it is truly the wish of the dying person, it will not harm in any way the consciousness that is leaving the body. On the contrary, this final act of generosity accumulates good karma.” – Sogyal Rinpoche, Buddhist teacher from Tibet, as quoted by clear-vision.org

Just like Buddhism, there are some minor concerns about organ donation in Christianity because of the belief that a person’s life is in their blood (that’s why they’re not allowed to consume blood), and donating one’s organs would be a part of that. But once again, it looks like it’s viewed favourably, both from a Prostestant and Catholic standpoint.

“With the advent (arrival) of organ transplantation, which began with blood transfusion, man has found a way to give of himself, of his blood and of his body, so that others may continue to live.” – Pope John Paul II, as quoted by BBC

“Of all the things that it is possible to donate, to donate your own body is infinitely more worthwhile.” – The Manusmriti, as mentioned in sanskritmagazine.com

It’s also mentioned that for a Hindu, every action should be dharmik (righteous), and so donating organs is a good thing IF this leads to something beneficial. And thats why you get images like this going around. Image from donate-organs.org

This is based on figures from September last year. Utusan Malaysia even provides statistics as to what organs these people need, and from the list you can see one which stands out so much more than the rest:

Like OMG right? Why da heck is the kidney so much more in demand among Malaysians than any other organ? Well, it’s actually the case worldwide. 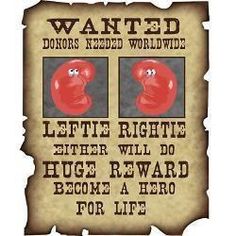 We couldn’t find any website that properly discusses why kidneys are the most common organ transplanted worldwide, but a medical friend of ours tells us that it’s because unlike other organs, if your kidney fails, you can still survive by undergoing dialysis (using a very expensive machine to remove the waste in your blood). 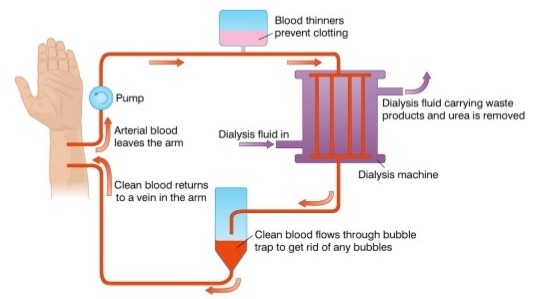 How a dialysis machine takes over the function of kidneys. Image from slideshare.net

But kidneys are probably the best to illustrate the shortage of available organs in the world. This book from 2013 mentions that throughout the world, there are 2.8 million people whose kidneys have failed to some extent so they have to go through dialysis. On the other hand, only 73 thousand kidney transplants are done every year.

It’s also been reported that people will go to…extremes in order to obtain one.

NAH, BACA:
5 terrorist groups in Malaysia and their modus operandi

3. Some Malaysians are going overseas to get their organs….illegally The Star reported last year that Dr Hirman Ismail of the Health Ministry confirmed that there were cases of Malaysians going overseas to buy organs to be transplanted into themselves, a procedure that could cost up to RM500,000.

“It is the right of the patients to seek other options and we can’t stop people from going to other countries. However, the public needs to be aware of the consequences and risks, which includes legal action by foreign authorities.” – Dr Hirman Ismail, Health Ministry medical development division transplant unit head, as quoted by The Star

And it’s no surprise because China and India have been extensively mentioned to be some of the biggest industries for illegal organ trade. In India, poor people are willing to sell one of their kidneys for just a little more than the price of an iPhone! 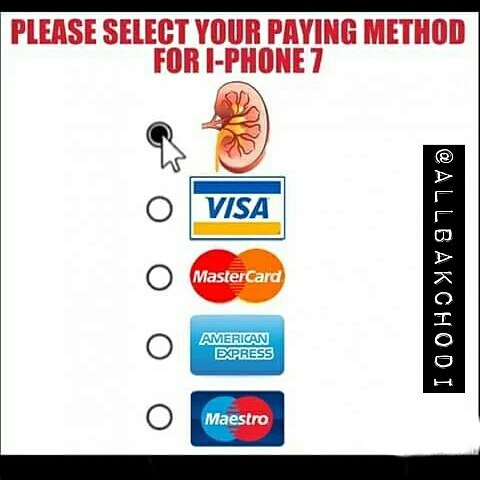 Now a legit (though illegal) method of payment.

Things seem to be a little more outrageous in China where people from a banned spiritual movement are said to be taken to camps and killed for their organs. There are even isolated cases like this one of a boy who just woke up one day and thought the sky had gone completely dark. He had in fact, been drugged and robbed of his eyes.

But the fact is these things happen. The Star also tells the story of a man only known as Simon who went to China to get a new kidney. And even after the procedure, he still has to spend a few thousand a month on drugs that keep the body from rejecting the new kidney. But why do that? Why not just wait for an organ?

From 1974 to 2014, only 458 deceased Malaysians have donated their organs. As for people who have currently pledged to donate their organs? Only about 300,000 people. And these factors contribute to the long wait for an organ.

“Patients who are diagnosed with end-stage renal failure (ESRF) for example have to undergo dialysis treatment for more than a decade before they can have the chance for a new lease of life.” – The Malay Mail Online

But The Malay Mail Online also adds that the longer kidney patients wait for an organ, the chances of them actually getting one is slimmer because of age and risk of surgery. Which is quite depressing if you think about it. And it’s the same for all organs, not just kidneys. Still, you might be tempted to think that perhaps like all the other things above, low organ donation is an issue across the world. But here’s the thing….

In terms of donating organs, countries like Spain, Croatia, and the US stand out. For every million deaths, they would have at least 30-40 of the deceased whose organs would have been available for transplant. That itself sounds quite low right? But why not guess the number for Malaysia?

The answer? Well according to Negeri Sembilan’s Health Director, ours is 0.6 donors per one million population! But we have 300,000 people who have pledged to donate so shouldn’t the number be higher? Yes, but these are pledges. They don’t donate their organs until they’ve passed away.

But the good news is, it’s actually quite easy to pledge to become an organ donor under the gomen. You can either click here to register online, or here to download the form. It’s a simple act, but it could save the life of another person, and why would that ever be a bad thing.