For most history buffs, it’s really difficult to go on-site and examine facts for themselves, especially given the lack of reliable sources available.

Fortunately, we found a group of passionate filmmakers, Imagine Nation Films, who do just that. And what’s better, we managed to sit down and have a chat with their director (who wished to be known only as En. Kamarol), who was more than happy to share his thoughts on Malaysian history, the stories they’ve uncovered, and the problems that they, and many other history researchers face when attempting to curate history. But first, a little bit about Imagine Nation, and what they do.

Founded in 2013, Imagine Nation’s historical documentaries seek to provide an unvarnished look at Malaysian societal issues and history. En. Kamarol believes that ‘darker’ topics should not be avoided, but rather embraced:

“We like stories with a ‘dark’ mood to them… People generally don’t like the negatives, but in actual fact, these negative things are good, as those are also part of the history of our lives.” – En. Kamarol Although they’ve also shot other series on urban gardening and fitness, history remains a favorite subject for En. Kamarol, who studied history at university under the late great historian Tan Sri Dr. Khoo Kay Kim. And this love for history could clearly be seen in their recent historical travel series ‘Hamparan Alam’, which showcased little-known Malaysian locations alongside historical and mythical stories associated with those places.

However, En. Kamarol retains a healthy dose of skepticism regarding myths, while still keeping his fascination for them, especially since different communities tend to have different versions of the same story. He shares two Malay folk talks as examples:

“Every state has their own version… For example, Sang Kelembai, the giantess whose gaze turns people to stone. Then there’s the story of how the Orang Bunian (the Malay version of ‘elves’) turned a group of people to stone for failing to return their silverware after a ceremony. Myths lie outside the realm of logic, but similar stories pop up in each state.” – En. Kamarol 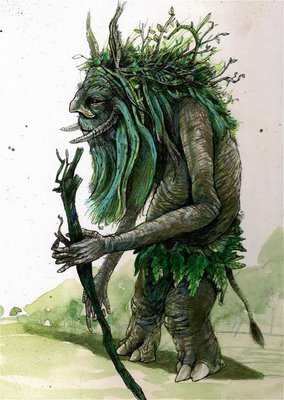 Not gonna lie, Sang Kelembai looks like something out of The Witcher series. Image from: Salam Malam Jumaat blog

While us typical armchair historians prefer to sit and home and do research from the good ol’ internet, Imagine Nation literally plunge right into the heart of their subject matter. For instance…

Growing up learning history in Malaysian schools, the only sunken WWII ships we ever knew about here were the HMS Repulse and HMS Prince of Wales. So it was a pleasant surprise when we found out that our seas actually house other sunken ships from WWII belonging to the US, Australia, and Japan. Part of their ‘Mutiara Khazanah’ special, En. Kamarol told us of the three Japanese ships they shot off the coast of Sarawak, namely the Sagiri, the Katori Maru, and the Hiyoshi Maru, sunk by the Dutch during WWII. He also highlighted the painstaking process they had to undergo to research the ships, as not a lot of information was readily available.

“We went through internet data, but those were mostly blogs, not hard facts. For those, we had to look it up at the Army Museum, and even then, we were tipped off by a researcher from the museum. Malaysia is lacking in data; we had to look up shipwreck enthusiast pages and track the timelines of Japanese ship movements from back then. It was hard.” – En. Kamarol The Imperial Japanese Navy destroyer Sagiri, sunk by a Dutch submarine in 1941. Image from: Wikipedia

Sadly, says En. Kamarol, the ships have been stripped by looters, leaving them a shadow of their former glory.

“We aren’t really good at taking care of our history. As time passes, the more we lose to steel looters.” – En. Kamarol

This is one of the reasons, in fact, that En. Kamarol and his team do what they do: they hope to provide records of these locations before they are lost to time, for the benefit of future generations:

“At  some places we went to while filming Hamparan Alam, all that was left was a single sign board. As long as we can take pictures, we will tell the stories, and people will see them. That’s the importance of our documentaries: at least it becomes a source of reference.” – En. Kamarol

However, it’s a good thing that there are other people like En. Kamarol who still value these treasures; on Malaysia Day 2019, a group of divers removed 78 kg of fishing nets from the Katori Maru, and that same year, the government of Sarawak passed the Sarawak Heritage Bill, which covers shipwrecks such as the aforementioned Japanese ships.

But according to En. Kamarol, irresponsible citizens are not the biggest problem to their work…

Logistics is the worst headache when working on a project

As we too can tell you, putting together a story from scraps of information is not easy. And it gets even harder when your sources are on the opposite end of the country from you, and are having to remember things from decades ago. Like, we can’t even remember what we had for lunch yesterday.

This, as En. Kamarol discovered, was the most troublesome aspect of shooting his latest project, ‘Bisikan Pejuang: Ops Gubir’, about a top-secret anti-communist commando operation in Gubir, Kedah in 1976, which, says En. Kamarol, had a ‘significant impact on our history’.

A scene from the 2017 film The Malay Regiment, which tells part of the story of Ops Gubir. Image from: Berita Harian Online

“It’s a very interesting story. In that operation, our elite soldiers were deployed to one of the biggest communist forts at the time, and took it. But we lost a Nuri helicopter and 12 men, including officers. Many others were injured.” – En. Kamarol

And as with the previous works they’ve done, lack of available information was again a major problem, as there seems to be very little written records on the event, even within the stores of the relevant authorities:

“We could not find the old files from the operation. And the event was so long ago that newer staff would not even know about it.” – En. Kamarol

We have passionate researchers, but no system in place to accommodate their research needs

Throughout the interview, we kept hearing about roadblocks getting in the way of En. Kamarol’s research. According to one of En. Kamarol’s videographers Isaac Abdul, there are actually many, many more artefacts (especially pictures) that cannot be found at your typical authoritative sources such as the National Archives or museums, but are in the possession of individuals, like our veterans:

“A lot of these photos you cannot find, and have not been digitalized, that is where the big issue is. The problem is that we do not have a system in place to reach out to these veterans and try to digitalize.” – Isaac Abdul

En. Kamarol adds that the problem is compounded when the relevant parties may not be necessarily equipped to perform these preservation tasks, if even willing:

“Most museums don’t even digitalize, and we have to pay for it if they do. But even so, not everyone can do it.” – En. Kamarol

Imagine Nation preparing for their interview with a veteran for ‘Bisikan Pejuang’. Image courtesy of Isaac Abdul/Imagine Nation

It’s clear that more needs to be done to help talented groups like Imagine Nation preserve our historical stories. Because as En. Kamarol says:

“History will repeat itself. But the longer we go without preserving our history, the more we stand to lose.” – En. Kamarol

Special thanks to Isaac Abdul for arranging this interview.