Now we’ve read about how 3D printing is the current ‘it’ thing, printing out camera lenses, an Aston Martin, actual guns and even spanners in freakin’ SPACE, but have you heard of this heart-warming story back home?

7-year-old Ainaa Amanda Shahzali was born without a right hand according to G. Surach and Qurnisha Hamka’s article in The Rakyat Post. So you know what someone gave her? A 3D-printed mechanical hand (in our feature image)! The person who gave her the hand is former English teacher Sujana Mohd Rejab, who went on to become the founder and CEO of his own company called 3D Printer c3d.my.

But Ainaa’s not the only kid who has received this heart-warming gift from Sujana. In Penang, 8-year-old Muhammad Muqri Mifzal Rhemi Rizal was also given a mechanical limb by this generous guy. Check out the story from Malaysia Chronicle.

It doesn’t end there… After a video of her in school entering Year 1 went viral on social media (Jan 12), a 3D printing company called Pebblereka 3D Print contacted her mother with this wonderful proposition: So they gave her not one, but TWO mechanical hands made with 3D printing technology. In The Rakyat Post‘s report, they added that the hands were made from plastic and that the fingers would help Ainaa in holding things such as pencils or cups. How incredible is that?! She looks like a little mini version of Ironman too, people have commented. Check out her video:

Seriously, it bowled us over! Such awesome things technology can do these days.

It’s so amazing to know that this little girl may not have trouble drawing straight lines with a ruler, playing the recorder, sewing batu serembans and even tying her shoelaces. Way to go, science! Someone shared the schematics for a robotic arm on Ainaa’s Facebook but not sure if it was the exact model that Pebblereka used. Let’s see what the commenter says la. Here’s the diagram below: So, is Ainaa’s case the first one to wow us Malaysians? Nope!

In October 2014, Professor Peter Choong, a KL orthopaedic surgeon led a medical team at St. Vincent’s Hospital in Melbourne, Australia to implant the world’s first 3D-printed titanium replica of a heel onto 71-year-old Len Chandler. Len suffered from cartilage cancer and had to replace his right heel. Professor Peter was a bit skeptical at first, but after that he said:

“Science advances have allowed us to consider 3D printing of bones and we were able to get information from Len’s foot and use that to tell the computers precisely how big his foot was, and reproduce that using the new 3D technology.” – Professor Peter Choong, Orthopaedic Surgeon, The Malay Mail Online

But chup – how does this thing work?

Here’s how 3D printing can change our lives.

Isn’t it insane?! So… We’ve got a mechanical arm, a titanium heel… What else should we print next?

More cool stuff we can print for Malaysians!

The no. 1 killer disease in Malaysia is coronary heart disease (as it is in the rest of the world la actually). Lung disease is at no. 8, kidney disease at no. 11, liver cancer at no. 19 and pancreas cancer at no. 33. Soooo, imagine what a medical breakthrough it’ll be for us in tackling common Malaysian diseases. No seriously, it could happen guys!

Researchers are trying to print functioning human kidneys, hearts, livers and pancreases. Right now they’ve been able to print tissue, like California biotech firm Organovo that’s ready to sell their 3D-printed liver tissue. The idea is that man-made organs eliminate the risk of rejection by the body, according to Dr. Michael Yost, head researcher from South Carolina, USA. When it finally happens, we can lower the mortality rate in Malaysia (which by the way, is 5 deaths per 1,000 population btw) AND everywhere around the world! 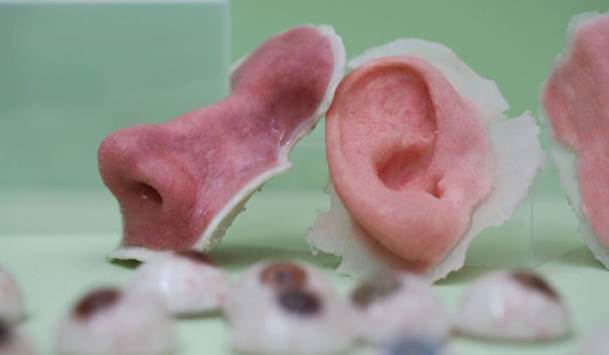 And it’s not just life-saving organs, but organs that could improve our quality of life too. Ainaa has received a new hand and Len a new heel. People have been able to print other prosthetics like ears and noses, even faces! This could change the lives of people who were born with a disability or those who’ve lost their organs in an accident.

Some more we can use 3D printing to manufacture connectors, terminals and wiring for electrical items… which is incidentally Malaysia’s top export AND import! If we can industrialise this technology, we can produce enough for the demands here and have surplus to supply our trading BFFs internationally (Brunei, Singapore, China)!!!

Want more? OK, 3D printing can help the oil & gas industry, which we all know to be one of Malaysia’s top exports. We are the world’s second largest exporter of liquefied natural gas (LNG) in fact. How does it help? By using scaled up 3D printed models of rocks, geologists can learn exactly how they will fracture, which leads to more efficient O&G fracking (an actual word), which ultimately leads to cheaper O&G. 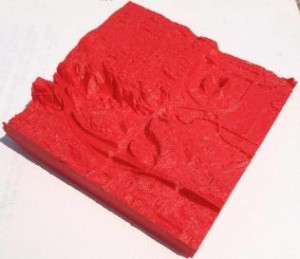 Looks like gum someone chewed and spat out, then cut into a square. But it’s actually a 3D-printed rock formation model. Image from 3dprint.com

Those little ‘doll houses’ you see at property exhibitions? Ya, now you can build architectural models with 3D printing technology! Printing it saves time, money and it even lasts longer than traditionally built scale models.

How do they use to construct the old ones? Well the process involves cardboard, foam, wooden blocks, , and glue. Then you had to cut here and paste there. So ma fan… Then if you accidentally cut the wrong measurement lagi waste time. With 3D printing models can be produced with the precision of computer simulations! And summore now with property launches vs property sold doing badly, we need to save money right? Developers can move to 3D printers la.

Also, 3D printing can be used for stress testing now. Researchers from the Lawrence Livermore National Laboratory have produced a method to accurately and efficiently detect residual stress in metal parts. At the moment, the test can only detect surface-level stresses. But if they keep refining this technology, one day it could become sophisticated enough to lower risks of infrastructure damages and accidents like the Ampang LRT collapse won’t happen any more.

C’mon you knew we’d mention this. 3D printing can be used to make gorgeous original pieces of art to decorate your house. After all Malaysia has so many talented artists.

An American artist has already used thousands of photographs taken at the biggest museums around the world and produced exact plastic copies. One of them is the ancient Greek statue of Venus de Milo. You can check out his creations in his website. Yes, ferreals. For the average rakyat, there may be a lucrative SME business in 3D printing to invest in as 3D Printers’ Managing Director, Owen Poh put it.

“Imagine being able to work on a prototype and make changes before meeting with an angel investor for a fraction of what the process used to cost. SMEs can now take the risk of creating their designs without the burden of heavy investment.” – Owen Poh, Managing Director 3D Printers, The Star

You can open up your very own shop. We’re not even kidding, coz it’s so cheap. Pebblereka 3D Print, the company that gave Ainaa her mechanical hand has one model for RM3,900 and a higher end one for RM8,250. Owen’s company has printers from RM4,000 to RM6,800. Or just Google search for the best price. Owen elaborated that this technology is not exactly new. His company started distributing printers and materials 2 years ago. However, many Malaysians still don’t understand the concept of 3D printing. So with the launch of the company’s discovery centre, he hopes to be able to educate students and business people about the technology.

Since this is still a relatively untapped market, if you guys quickly hop in, you could be one of the earliest people to start selling these products! But better start fast because the technology could become big in Malaysia soon as 3D printing company Stratasys is targeting Malaysia and a few other Southeast Asian countries, including Singapore.

Print your own TARDIS Transformer anyone? Image from 3D Printer.

And why keep it only on the business-level. Can buy for the house also what. Coz you never know when your house pipes need fixing and calling a plumber is just so old-skool. Why not print your own spanner just like the astronaut.

A lot of hype over this, yet there’s no way to tell for sure yet where this market will lead. Coz what if it is made illegal in Malaysia? Former Bukit Aman CID Chief Tan Sri Zaman Khan warned that we should be careful with coz some 3D-printed products are capable of endangering the public. He was referring to firearms. We gotta admit it’s pretty freaky la, making guns! He suggested that governments of the world must have a system to control the digital technology machine.

But for now it’s as legal as pie. So, move over smartphones, it’s the year of the 3D printers!!