We all know how the saying goes – fall in love, then get married, then have a baby? For most people in love, a wedding is what they dream of. They seal their love for each other by exchanging vows and signing a marriage certificate, and live happily ever after. But… we all know that a Cinderella ending happens in fairy tales. In real life? Not so much. The happily-ever-after might fade and before we know it, it’s time to call a lawyer and say goodbye, even if there are things to consider… like children.

If there is a kid involved in a divorce, obviously only one parent will get custody of the child. The ideal situation is for both parents to seek mediation whereby they come to an amicable agreement without bringing it to court. Through this, the parents get to decide what is best for all parties and it’s also a lot more drama-free. But if both refuse to settle, this is where a custody battle comes in. It involves lawyers, money and the sole decider will be the judge.

Custody battles can get ugly, so Malaysians would want to think twice if they want to get a divorce if there are children involved. We’ve heard of many custody battles, but how does it actually work and what will cause you to lose the kid? We took a look at the Law Reform (Marriage and Divorce) Act 1976 (LRA) and here’s actually how easy it is to lose your child in a custody battle in Malaysia… 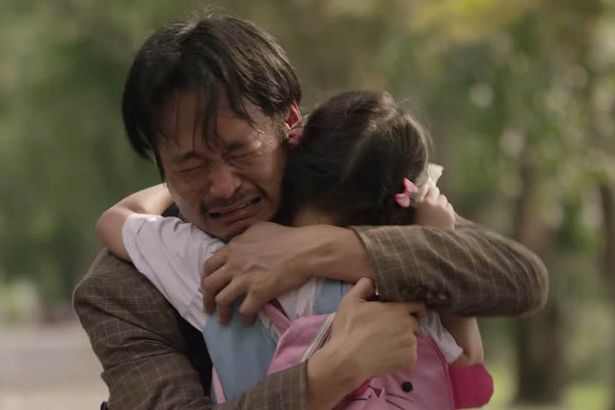 Malaysians have been seeing a pattern of custody being granted to more mothers than fathers. Image from mirror.co.uk

There’s a higher chance that the court will grant custody of children below the age of 7 to their MOTHERS, even though there’s an assumption that both parents are equally capable of caring for their child. According to Justice Faiza Tamby Chik, this is mainly due to the fact that babies are more physically dependent on their mommas by nature.

Malaysians have been seeing a pattern of custody being granted to more mothers than fathers and this has caused accusations of unfairness to dads. In order to gain custody, the father will have to prove that his spouse is not Mom of The Year and that he’s a better parent, in terms of finance and the overall welfare of the child, so the argument is completely refutable. The belief that younger kids are more attached to their mothers is actually no longer a legal requirement in many courts, but a case review study proved that an average 67% of judges in Malaysia still favour the presumption.

Although the judge is supposed to be all pro and stuff, many other professionals and parents continue to doubt the legitimacy of these decisions. Association Against Parental Alienation Kuala Lumpur and Selangor (Pemalik) has often claimed that decisions made in custody battles did not take into consideration the consequence of Parental Alienation Syndrome (PAS) in most cases.

“Parental alienation (PAS) occurs when one parent disallows the other parent from communicating with their children. The dominant parent then brainwashes the child against the other parent, assuring the child that it is all right to ignore the other parent.” – R.S. Ratna, Pemalik President, The Malaysian Bar

2. If your spouse converts your kid to Islam without your knowledge Indira Gandhi faced a custody nightmare when her ex-husband converted their kids to Islam and was granted custody by the Syariah Court. Image from The Malay Mail Online

Just so you know, Malaysia practices a DUAL justice system – civil law and Syariah law. Syariah law has a say over every Muslim in Malaysia and exclusively handles Islamic issues like family and religious matters. The two worlds never collided and everybody just kinda minded their own business, until people were accused of using the syariah law to their advantage and adding drama in custody battles.

The highly publicized cases of M. Indira Gandhi from Perak and S. Deepa from Negri Sembilan got people questioning how these laws function in relation to each other when both their ex-husbands unilaterally (means it’s done without the agreement or participation of other people it might affect) converted their kids to Islam and were granted custody by the Syariah Court. Both moms are Hindus and therefore, had no right to be there.

Obviously these moms weren’t gonna go down without a fight, so Indira challenged the case through the civil courts. She won and was granted full custody of her kids in 2010, but then her ex husband, Muhammad Riduan still refused to return their youngest daughter to her despite the High Court instructing the police to find him. However, the police got confused about who they should listen to…the civil court or Syariah court? S. Deepa was involved in a similar custody battle. Image from hakam.org.my

And then the Court of Appeal (a very high level court) said the civil court shouldn’t interfere over Islamic issues, and that’s how Minister in the PM’s Department Datuk Seri Azalina Othman suggested an amendment to the Law Reform (Marriage and Divorce) Act 1976. The new Bill will ensure that Indira and Deepa’s case will not happen again because conversion of a child under the age of 18 will now require consent of BOTH parents!

3. If your kid likes your spouse more But I like daddy, too. Original image from koolcampus.net

Also, the law that comes into play in deciding the custody of children revolves around the wishes of the child when he or she is of an age to express an independent opinion (that’s 8 years old). This is applicable in both the civil and Syariah courts. This may seem like the most obvious solution to custody battles…let the kid pick la…but many family law practitioners and child experts believe that children should NEVER be forced to make these decisions. Can you imagine the guilt that would stay with them because they were forced to choose between mummy or daddy?

Interviews with children are common in Malaysia although it may not be the most effective method to achieve results, especially if the interviews are conducted by the judge only. Child interviews are a lot more complex than they look, and most family judges are not TRAINED in that department.

“It is not a simple case of asking the child simple questions like: ‘Who do you like more?’ or ‘Who is a better parent?’ Judges must understand that children may be coached or trained by the parent holding custody, so the questions have to be couched differently and judges will have to learn to read between the lines to get to the truth. They need a lot of training for that.” – Lalitha Menon, Bar Council’s Family Law Committee chair, The Star

Consultant psychologist Valerie Jaques also believes that the kids cannot fully be relied on to make such a major decision as they have not reached the full potential to make good decisions. Asking the kids to choose puts them in a difficult position as it creates a lot of stress, confusion and fear of rejection in them.

“This aspect could be improved by allowing the judge power to conduct the interview with a child psychologist, and/or pediatrician.” – Fahri Azzat, lawyer

Custody may not be granted to both parents if they are deemed unfit. Image from Pinterest

Ok la, the Law Reform (Marriage and Divorce) Act 1976 does not exactly give FULL control to children, as it does allow the court to listen to witnesses, doctor’s report, and the Welfare Officer. Some judges in Malaysia do depend on experts’ view to help with their decision.

While financial income is obviously very important (cause raising another human being ain’t cheap yo), the welfare of a child also includes providing him/her with support, love and security. Home and school environment is also looked into, so here’s a tip if you’re trying to win a custody battle: Tidy up your house and try to smile more at your kid and the Welfare Officer. As Welfare Officers mainly investigate the physical comforts, reports from psychiatrists and psychologists are highly helpful for their consideration.

“It is a shame when parties cannot agree. In those situations, the judge is the best person to decide. Welfare reports should be obtained, but in practice, they are not of much use and not commonly ordered. Our Welfare Officers are not specialists in child rights and family dynamics, especially in situations where families are breaking down.” – Honey Tan, The Malaysian Bar

Think twice, thrice and as many times as you can before you get divorced if you have a kid Overall, law experts and practitioners agree that Malaysian law is not perfect when it comes to custody battles.

Bar Council’s Lalitha Menon noted that it’s important for judges to undergo basic training. Another aspect to improve on is the lack of uniformity, as different judges have different practices. Vicky Alahakone, also a member of the Bar Council, said that many children become victims in the long run as a result of inconsistent practices.

To prevent all unnecessary stress on the kid, Pemalik has proposed for a panel to guide divorcing parents instead of them calling it quits there and then. The association proposed an Early Intervention Project where divorcing parents will have to discuss some serious stuff such as custody, finance, education and their kids’ upbringing before divorce do them part for good.

At the end of the day, it’s the children who might be most affected by a failed marriage, especially if it involves a daunting custody battle. You might think that they will get it over with after a while, but studies have shown that it’s something they carry with them for the rest of their lives. It will affect their studies, social relationships and psychological adjustment. After all, they are kids and their problems should only consist of not being able to eat ice cream for breakfast, not stuff like choose only one parent to live with.