When we talk about martial arts, you may be thinking of Taekwondo, Kung Fu, Wushu, Muay Thai, Judo or Karate, among many others. But one type of martial art that originated from Malaysia would be the Silat Gayong.

And it was introduced to Malaysia, Singapore and Indonesia by a silat master named Dato Meor Abdul Rahman. 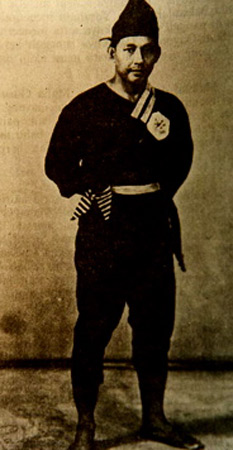 He was also the person behind the Pertubuhan Silat Gayong Malaysia. And rumour has it that because he was so skillful, various local and international martial artists had challenged him for a fight. Apparently, one of them was the legendary martial artist Bruce Lee, who was said to fight Meor and was then defeated really badly.

In fact, Bruce Lee was rumoured to have died because of the fight with Meor(!?!?). Wah, so powerful wan meh? However, a quick Google search led us to a huge bummer as we cannot claim our martial art legend was that powerful la because, as it turns out…

The rumour is FAKE. But Meor and Bruce Lee might have actually met for something else…

We’re focusing on the Malaysian version of the story to avoid any sorta confusion and cos… well… it involved Meor himself. Anyways, rumour has it that in July 1973, Meor was traveling to England from Malaysia to visit his brother. Meor’s flight made a quick stop at Hong Kong and, coincidentally, Bruce Lee was apparently in the area as well.

Upon hearing Meor’s arrival in Hong Kong, Bruce Lee, who knew about Meor’s martial arts skill, decided to challenge Meor for a fight. And, ofcos our legendary silat master agreed to it. After several punches and kicks thrown at each other, Meor was said to have defeated Bruce Lee using a silat technique called Kipas Nandung, which caused an internal injury and, eventually, Bruce Lee’s death.

So, end of story, right? #doneclaim

Well, not really. If you’re a huge fan of Bruce Lee, you’d find this story a bit weird cos you’d know that Bruce Lee actually died from a brain swelling that was probably caused by a prescription painkiller called the Equagesic.

In fact, if there was a fight between the two legends, you’d think there would be a video of that or a news coverage but we found none so far. So, all we could say about this rumour is that it’s…

What we found tho was a how part of the rumour might be true – Meor did travel to England and his flight made a stop in Hong Kong. He also might have actually met with Bruce Lee but not for a fight.

In this version of the story, Bruce Lee was about to film his final movie called the Game of Death when Meor landed in Hong Kong. Upon hearing this, Bruce Lee decided to meet Meor.

While there was no record of when exactly this apparent meeting happened, we could assume that it might happen between August and October 1972 when the movie was being filmed. Apparently, Bruce Lee had offered Meor a role in the movie but Meor had declined it. 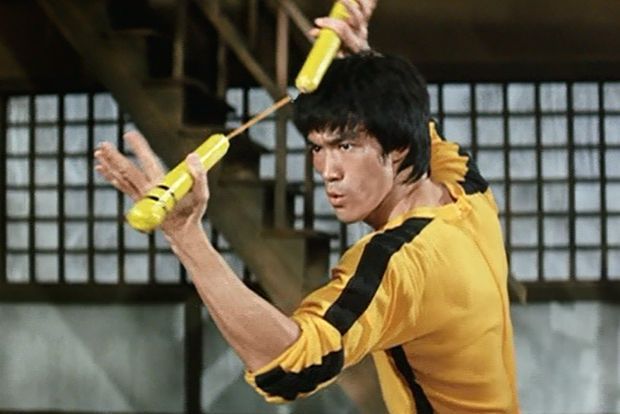 A scene from Game of Death. Some of y’all might remember this iconic yellow outfit. Img from Den of Geek

However, we weren’t able to find more info on this online so, as of now, just take it with a pinch of salt la, ok? But we kinda get why people would wanna start these kinda rumour anyways considering how great Meor was in Silat. And he was sooooo great that…

The then Sultan of Perak adopted Meor as his own son!

Let’s just make it clear, Meor wasn’t exactly a commoner like this writer or probably anyone who’s reading this to begin with. In fact, he was said to have the blood of warriors in him.

In fact, Tok Jenai was a pretty famous warrior, who had fought the Brits in Pahang alongside Mat Kilau, Dato Bahaman and Tok Gajah. If their names ring a bell, that’s cos they were mentioned in the Sejarah textbooks. Anyways, Meor began learning Silat since he was 12 from Tok Jenai and one of the combat techniques he learnt was the Sendi Harimau (you can watch how the technique works here), which eventually became the basis of Silat Gayong in Malaysia.

After completing school, he had tried to learn silat from other silat gurus but Meor discovered that his knowledge in silat was higher than those silat gurus. So, off he went to Thai where he joined several competitions against Muay Thai fighters and won those competitions, granting him the title pendekar (warrior).

And as if that title wasn’t enough, he was eventually called to the Bukit Chandan palace in Perak to showcase his skills in front of the then Sultan of Perak, Almarhum Sultan Alang Iskandar. It was believed that Meor showed great strengths and skills like bending a nine-inch nail with his bare hands and was in a tug-of-war against multiple people.

Upon witnessing these skills, Meor was adopted by the Sultan besides awarded with the title The Invincible Warrior of Perak (Panglima Sendo Perak). Meor lived in the palace and taught some of his close friends the art of Silat Gayong until the Sultan passed away. He then moved to Singapore, which was then still a part of Malaysia, to live a better life.

Initially, Meor traveled to Berek Gillman, a British naval base in Woodlands, Singapore to work as a welder. While he was there, a martial arts teacher challenged him to combat and Meor managed to win the combat. This event led to Meor’s appointment as a combat instructor for the British army in unarmed self-defense in 1939.

However, he couldn’t really started training a lot of people considering how the Japan invaded Singapore in 1942. Meor was forced to take cover in the nearby Sudong island. But he wasn’t able to enter the island without a fight. If Meor’s life was an anime show, you’d probably see this scene thousands of times.

Meor had to challenge the island’s warrior and group leader named Wak Kusang. And after an intense fight, Meor eventually won the combat and stayed in the island, where he introduced the art of Silat Gayong to the people of Sudong.

However, that’s not for long. During the Japanese occupation, Meor was wanted by the Japanese govt for injuring a Japanese trooper. So, to avoid from being hanged, Meor served in the Japanese army.

Fortunately, he managed to return to Sudong island alive after the Japanese govt surrendered before joining the British govt as a detective. And thanks to his bravery and martial arts skills that protected the Sudong island people, Meor was awarded the King George V Medal of Honour by the British govt. Meor died in 1991 but his legacy lived on

Towards the end of 1980s, Meor was invited by a lot of martial artists – both locally and internationally – for a combat. But he respectfully declined each and every invitation. All that mattered to him, at the end of his life, were his students, whom he entrusted the Silat Gayong with.

“Youngsters were encouraged to learn gayong and they were reminded that every gayong student is obligated to preserve silat seni gayong.” – An excerpt from The Malay Art of Self-Defense: Silat Seni Gayong.

Meor passed away on 23rd June 1991 and was buried in Masjid Lama, Taiping, Perak. He passed down the martial arts knowledge to his daughter, Siti Kalsom, who then took over the leadership of the Silat association. 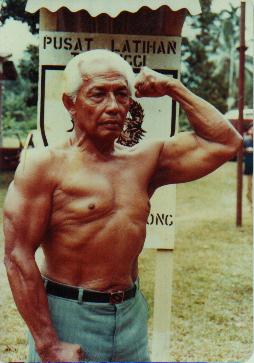 The late Meor in his 70s. Img from Aku Stress Giler

Fast forward to today, you may be able to see a lot of variations of Silat and its association in Malaysia. In fact, the Education Ministry planned to make Silat a co-curricular activity in schools tho we’re unsure what happened to that plan now.

Anyways, seeing how well the martial art is doing these days, it seems like Meor’s legacy did live on.