When we think about marriages – or even relationships, in general – we like to think about sunshine and flowers and making babies. Taking one step further would be sharing a bank account, buying a home together, and sharing your troubles with your partner when you come home from work. But there’s also a darker side to relationships that a lot of us don’t like to think about: the emergence of domestic violence.

Domestic violence is a longstanding issue in Malaysia. However, since the Movement Control Order (MCO) has begun, the news cycle’s been kinda concentrated with domestic violence cases, which is considered yet another form of crisis that the Covid-19 pandemic’s brought about.

According to the police in Bukit Aman, they’d already opened up 526 investigation papers on domestic violence in just 44 days, and that’s only in Bukit Aman. In light of that, the Ministry of Women, Family and Community Development has a special hotline for domestic violence victims called Talian Kasih, but…

In case you’ve forgotten about it, on the same day as Prime Minister Muhyiddin Yassin’s announcement of MCO on the 18th of March, the Women’s Ministry apparently tweeted – now deleted – that the Talian Kasih hotline would be shut down. And they got into a lot of trouble for it, drawing criticism from NGOs and politicians alike. The criticism eventually prompted the Women’s Ministry to reopen Talian Kasih.

“Talian Kasih must be seen as an essential service because during such times, the targeted groups are in the most vulnerable position.” – Former Deputy Women, Family and Community Development Minister Hannah Yeoh, as quoted from The Star

Thankfully, there are options other than Talian Kasih that victims can call to ask for help. Some local NGOs have also set up domestic violence hotlines to help the victims. For example, the Women’s Aid Organization (WAO) has a hotline, and the All Women’s Action Society (AWAM) also has its own MCO emergency hotline that victims can contact.

“During the MCO, the Women’s Ministry has taken some positive steps to help women, including survivors of domestic violence, such as through the continued operation of the Talian Kasih hotline and an increase in public service announcements around the availability of the hotline to help women in need.” – WAO Head of Campaigns Natasha Dandavati, in an interview with Cilisos

It’s all well and good that the government and NGOs are proactively trying to help the victims of domestic violence in Malaysia, but one question that springs to mind along with all these options is what do they really do after receiving a domestic violence call? Well…

They will first assess the risk to the victims’ safety We see a lot of posts and news articles, especially from women’s rights groups, that often urge the public to report domestic violence cases, either happening to themselves or other people, like their neighbors. But we don’t really know what the operators do after receiving a call from a victim. So, we decided to get in touch with a women’s welfare group WAO to find out. We’ve contacted the Women’s Ministry to learn more about Talian Kasih, but at the time of writing, they have yet to respond to our inquiries. We did however managed to find out how WAO approaches handling calls to their hotline though. 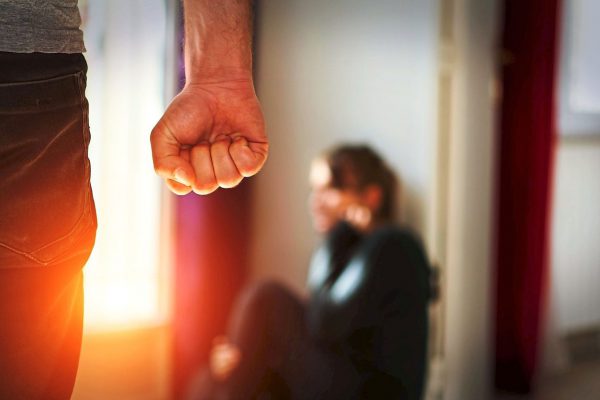 As such, WAO’s hotline staff are said to be more informed on issues of domestic violence and trained in how to respond to victims and survivors who do call their hotline.

“When we receive a call from a survivor, the first step is to understand the needs of the survivor and assess the risk to their safety.” – Natasha

If it sounds like the victim needs immediate intervention, they will immediately help in alerting the police, who WAO claims to be working closely with. According to Natasha, once the police has received a report, they will show up at the reported location and open up an investigation file. The cops doing a house visit. Image from Reuters

However, if they find that the victims’ lives aren’t threatened at the time, WAO won’t call the police yet. Instead, they’ll work together with the victims to identify their options and hatch a safety or extraction plan together in case the situation escalates. For example, once the victim’s gotten out of the abusive household, WAO will help place them in crisis shelters and recommend them for social work.

“Our response is always survivor-centered, which means the primary goal is to understand the needs of the survivor and equip her with all of the information she needs to make an informed decision that prioritizes her safety and well-being.” – Natasha

If things really do go from bad to worse and the case has to be brought to the court house, WAO also has its own network of lawyers to represent the victims, some of whom are even willing to work pro bono, as in free of charge. But we were told that it was rare for things to escalate to that level. However, women aren’t the only ones who suffer from domestic violence, as men can be victims too.

One out of 20 domestic violence victims is a man

Furthermore, it’s found that male victims are less likely to report than female. This is because men apparently tend to feel ashamed for being abused in the first place and don’t wanna be seen as weak.

However, we were told that if male victims do report to non-government hotlines, they’re usually redirected to the AWAM hotline, which is why we also got in touch with AWAM to learn more about how it works.

According to AWAM Program and Operations Manager Nisha Sabanayagam, AWAM’s hotline is a little different because it only operates from 7am to 7pm daily, while WAO’s hotline and Talian Kasih are both available 24/7.

“Talian Kasih is a direct careline to the government while AWAM can only do its best to provide its available services and resources to assist the clients and referring them to other organisations or relevant authorities if need be.” – Nisha, in an interview with Cilisos

In addition, while WAO is mainly focused on female victims, Nisha told us that the AWAM hotline’s open to all genders, ethnic groups, and races. And yes, there are instances of male callers, but most of them are to report on behalf of others or ask for advice and further information.

In the event that there is a male victim seeking help, AWAM will do the same thing they do with other victims, which is to set victims up with counselors, who’ll advise them on proper steps to be taken – that is, if the cases are not life-threatening yet. Unfortunately though, AWAM doesn’t have the same resources as WAO, so if there are cases that are out of their scope, they will refer the more serious cases to other relevant organizations, like WAO itself and the authorities. So far though, Nisha told us that they’ve only picked up received one report with a male victim during the MCO.

“There may be a disproportion between male and female callers due to the false belief that only women can be victimized, so men are less likely report due to that stereotype.” – Nisha

According to a statement from WAO, calls made to their hotline has increased 3.4 times in May, which is much higher than their usual call load. Meanwhile, Talian Kasih also saw a surge where they reported received 135 calls between March and April since the MCO’s begun. On the other hand, Nisha told us that AWAM’s gotten 33 people reaching out to them during the MCO period, which is apparently more than usual.

“The sharp rise in domestic violence that we’ve witnessed during the MCO period is extremely concerning.” – WAO Executive Director Sumitra Visvanathan, as quoted from WAO

Yes, domestic violence isn’t entirely new in Malaysia, but the Covid-19 pandemic has created circumstances that are ripe for such abuse. For one, Natasha told us that when victims are isolated with abusive partners of family members, it allows the abusers to control and hinder the victims’ movements and perhaps even their ability to get help.

And that’s why our government and local NGOs are doing their best to help the victims, setting up things like special hotlines and shelters. But we still have a long way to go in terms of protecting domestic violence victims, such as improving the effectiveness of police response, providing more shelters for the victims, and offering sufficient financial aid for victims to get back on their feed.

“This inconsistency in first responders’ response presents an opportunity for improvement, as the police is a critical first point of contact for many survivors.” – Natasha

In the meantime, we ourselves should also do our part in helping. If you suspect that a neighbor or a loved one is suffering from domestic violence, don’t hesitate in contacting the authorities to get some help. Before we end the article, here are some useful numbers to report domestic violence cases: