Before you bring up the parangs and start hacking at us for writing yet another coronavirus article, rest assured that it’s not – we’re well aware of how many articles we’ve written about coronavirus in the past week. No, no, today, we’re gonna talk about…

Because what’s on the internet must be true…right? Headline from Malaysiakini

Okay, context. So after a whole year and more of former Prime Minister Najib Razak standing trial for the 1MDB scandal, it was finally his wife Rosmah Mansor’s turn to take the stand for her own corruption trial earlier this month. Except it was delayed, because apparently, Rosmah was not feeling well. Rosmah while warded, with Najib by her side. Image from The Malaya Post

This kind of reminds of us of that time when Najib’s trial had to be delayed for the nth time because he came down with sore eyes, but that’s a story for another day.

Anyway, Rosmah was seemingly so unwell that she had to be hospitalized, which started casting doubt on whether her trial would ever begin. It was reported that she had come down with something called the Addisonian crisis, also known as Addison’s disease, and it got us all like…

We’re not actually medical professionals, which was why we got in touch with an endocrinologist (expert in glands and stuff), Dr. Alexander Tan Tong Boon from Sunway Medical, to talk about this particular illness.

Perhaps the most important question being: what on earth is Addisonian crisis?

It’s what happens when your kidneys get stressed out

When a person is too stressed out, your adrenal glands – those things that are on top of your kidneys – will release a hormone called cortisol, which is supposed to help you in combating stress. Cortisol is also important in maintaining bone health, immune system, and digesting food. Also, it does things like controlling blood sugar, blood pressure, and blood sodium levels.

So, you know, pretty important. 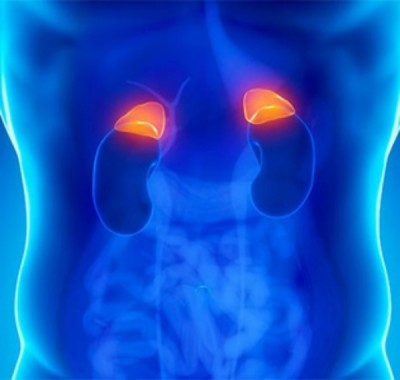 So Addisonian crisis is when your adrenal glands does the opposite of what they’re supposed to do, which is not producing cortisol, causing adrenal insufficiency.

“Addisonian crisis occurs when there is insufficient cortisol in the blood.” – Dr. Tan, in an interview with Cilisos

It was first diagnosed in as early as 1855, when some dude named Dr. Thomas Addison – no, not the light bulb guy – had six patients with the same symptoms that indicate an adrenal gland failure, and did an autopsy on them to diagnose the illness. He actually first described it as “melasma suprarenale“, due to the darkened skin that his patients had. 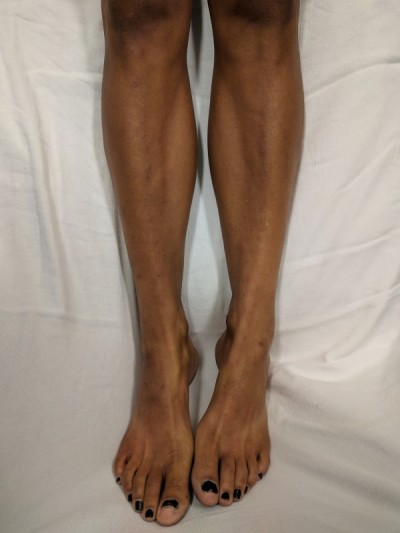 Skin color may darken if you have Addisonian crisis. Image from Wikipedia

The symptoms take time to develop – sometimes, even over several months! According to Dr. Tan, the early signs of Addisonian crisis can be headache, extreme weakness, trembling, and dizziness etc., which can then easily escalate into symptoms like: 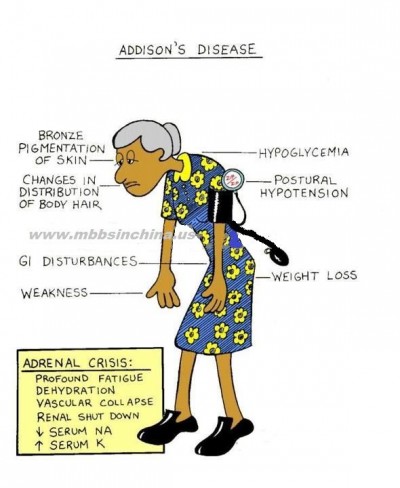 And Addisonian crisis seemed to be mostly found in those abruptly stop taking steroids after long-term use. Apparently, steroids have the potential of suppressing cortisol production, and long-term use may cause the adrenal glands to just stop producing these hormones. However, if they stay on steroids, they’ll be fine. It’s only when they stop taking steroids that the problems come in, subsequently leading to adrenal insufficiency.

“Because they have taken steroids medication long term, their own adrenals no longer produce cortisol and they have low cortisol levels, leading to Addisonian crisis.” – Dr. Tan

So has Rosmah been taking steroids? Well we can’t be sure, but one report by Sarawak Report claims that Rosmah allegedly spent part of the 1MDB money on anti-aging products that have been banned by the FDA. This product was apparently “touted as all the rage as an anti-ageing product for the ‘super-rich“, but supposedly contains a whole cocktail of weird hormones and stuff. 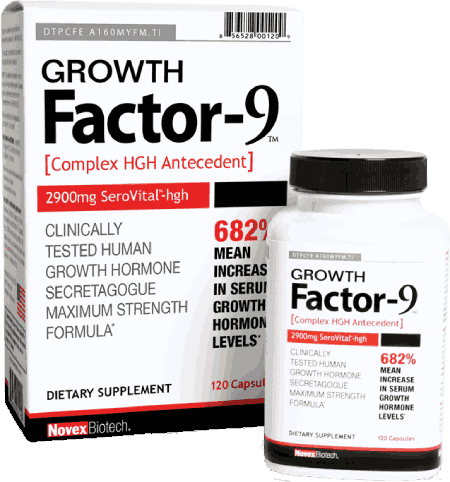 Some of the anti-aging pills Rosmah allegedly blew RM1.1 million on.

It’s also been said that Addisonian crisis can be triggered by really stressful life events, like traumatic physical events, severe dehydration, pregnancy complications, past surgery that involves the adrenal glands, and emotional trauma. Or, you know, when your adrenal glands just start failing.

Still, we can’t say for sure whether she got Addisonian crisis because she stopped using steroids or not, cos y’know, we ain’t her doctors. We guess this kinda brings us to the next question, which is…

Is it actually life-threatening?

It’s not just the internet tho as Dr. Tan said so too.

“Yep. If not treated, it will eventually lead to death.” – Dr. Tan

As we had mentioned earlier, when you have Addisonian crisis, your glands are not producing enough cortisol, and according to Dr. Tan, your blood sugar, blood pressure, and blood sodium levels can drop drastically without cortisol. And when that happens, blood potassium levels may also increase to dangerous levels. A patient can experience dizziness, especially when abruptly standing up or sitting down.

“If these elements drop to very low levels, the patient may lose consciousness.” – Dr. Tan

It’s important to head right over to the emergency room if you ever experience these symptoms, so that quick diagnosis and treatment can be carried out. It’s no joking matter, apparently.

Ironically, according to Dr. Tan, one way of treating Addisonian crisis is by…putting patients on steroids. Okay, but not the kind of steroids that athletes use to buff up and pretend to be Dwayne “The Rock” Johnson.

The kind of steroids that Dr. Tan was talking about is a kind of cortisteroid therapy that functions as a replacement for the hormones that your adrenal glands are not producing, like the cortisol. Other than that, the doctor might also advise you to eat more salty stuff. As a matter of fact, whenever you feel like eating salty stuff, like chips, just go ahead.

If the patient is in total crisis, high doses of steroids will be administered through injections to get the medication flowing through their bloodstream. But the cortisol isn’t the only thing to worry about if the patient’s in a really serious condition. This treatment protocol will continue until the doctors are confident that the patient is well enough, but doctors will still prescribe steroids in tablet form for them to take on a daily basis.

What happens if it’s left untreated?

When we asked Dr. Tan what would happen if Addisonian crisis is left unchecked for too long, he said:

Can we medical advice you something?

As you can probably already tell, Addisonian crisis is definitely no laughing matter.

After Rosmah missed out on her trial date, the prosecutor Gopal Sri Ram didn’t believe it, even mocking her illness as “a dose of publicity and wealth“. Sri Ram even went so far as requesting for the court to revoke her bail and send her to prison. On top of that, the Malaysian Anti-Corruption Commission had brought Rosmah’s doctor in for investigation over the legitimacy of her supposed Addisonian crisis.

In the end, the judge made a concession and allowed Rosmah to attend her trial in a wheelchair…which she did not.

When Rosmah finally arrived at court to stand trial after having delayed it for two days, she had to be helped out of the car by several assistants. Not only that, there was apparently also an ambulance in tow. While we don’t know what the status of her condition is for now, let’s really wish her well so she can be healthy enough to attend her own trial.

As for ourselves, well, endocrinology experts advise that we should, of course, learn to watch out for symptoms that might lead to Addisonian crisis. For example, if you experience some of the symptoms as listed above, such as severe back pain and extreme dizziness, it’s probably wise to visit the doctor and make sure you’re in tip top shape.

Plus, you can also try to manage yourself when it comes to stressful occasions. Everyone has their demons, but sometimes, it doesn’t hurt to…

Bucky Barnes is probably the prime example of a stressful life. GIF from giphy