Have you been seeing the word Sirul pop up on your feed alot lately? Usually with some mention of how Malaysia’s fate dangles on his words? Well Sirul is actually an ex-military guy on death row, but that’s not the most interesting part of it.

In fact, he’s so interesting that at an 1130am press conference on Monday, the PAS office was bursting with Malaysian reporters eager to hear what Sirul was going to say (via teleconference, cos he’s now in Australia in a maximum security facility).

Unfortunately, most people we asked had no idea who this Sirul guy was. Don’t feel bad tho…we even posted this on our Facebook page a couple of times to some pretty meh reception. Like someone literally replied “Meh”. That was, until we mentioned the key word: Altantuya. 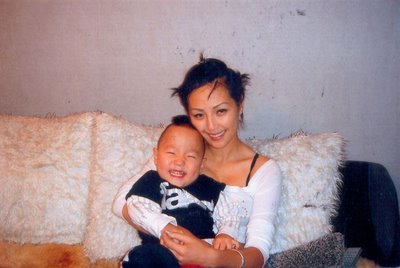 So how’s Sirul so dangerous to Najib? Azilah on the left, Sirul on the right. Image from bjbrigedkibaranbendera.blogspot.com

Just as a quick refresher on the situation, Sirul (full name Sirul Azhar Umar) and his superior Azilah Hadri were two members of the elite Unit Tindakan Khas (UTK) – the Malaysian version of America’s SWAT team – who were tried and found not guilty of killing Mongolian translator Altantuya Shaariibuu. However, an appeal by the prosecution was successful and so they were found guilty and sentenced to death by hanging. For more info on the trial itself, check out our article here.

While Azilah is currently already on death row here in Malaysia, Sirul is detained in Australia whose authorities refuse to send him back unless they can be assured that he won’t be put to death (Australia’s against the death penalty).

But why is everyone so interested in Sirul? Well, he used to work for a guy called Musa Safri, who was at the time of the murder, assistant or ‘aide de camp’ to Najib Tun Razak. The person who Altantuya was purported to have been dating was Abdul Razak Baginda, another close personal friend of Najib Tun Razak. With these two links, you would think that Najib would have something concrete to say to deny these claims.

Here’s a video from KiniTV in case you were doubtful.

So what facts do we know for sure?

It’s a bit hard to stick to pure facts without delving into conspiracy theories so we’ve put the more tin foil hat ones separately at the bottom of this article. So let’s start with the facts (according to his police statement and excerpts from judge’s judgement) –

1. He had been instructed to kill Altantuya earlier, but failed

By his own statement to the police, he was given orders by Azilah to “shoot-to-kill” three women in the Malaya Hotel 5-6 days before Altantuya’s murder. This was aborted due to CCTVs and being unable to find a suitable room to carry out their task.

2. He was there from the beginning the night Altantuya was killed

He was summoned to Abdul Razak Baginda’s house, where he encountered Azilah, Azilah’s girlfriend, Altantuya, an Indian man, and a Chinese taxi driver. He also drove Altantuya to Puncak Alam, stopping to fix a flat tire on his Jeep, drop by his house to pick up the explosives, and even to take a dump.

3. He fired the two shots that killed her

After she was rendered unconscious by Azilah, Sirul fired a silenced MP5 round into the left side of her head, and when Azilah noticed movements from her arm, he fired another shot into the same area.

4. He helped prepare the body for detonation

He helped to strip and move the body into the woods and place the explosives.

5. He got rid of the evidence

He drove Azilah back to Bukit Aman and on his way home disposed of his and Altantuya’s clothing and belongings in two separate locations.

6. He and Azilah led the cops to the crime scene

After he and Azilah were arrested, they led the cops to the detonation site, which was so hard to find that even they got lost at the first attempt.

And erm..  how did he end up in Australia?

As he was still a free man at the time (because they were acquitted of the murder charges), Sirul travelled (or “fled” depending on who you hear it from) to Australia sometime around October and, according to himself, didn’t have money to come back. When news of his verdict was sent, the Australian authorities arrested him in Brisbane but declined to send him back despite having an extradition treaty with Malaysia as they have a law against extraditing prisoners facing the death penalty in their home country. Whether or not Sirul knew this when he left for Australia remains a mystery.

So why open his mouth only now? Well for one thing, being put on the death penalty puts him in a position where he has nothing left to lose. Also, he has always maintained his innocence by saying that he was following orders and was unhappy about how the trial was handled, claiming that he was a scapegoat. He also questioned the PDRM’s decision to release his photograph to the press, so when some Australian media networks asked if he was planning on a tell-all, he said “Yes”. All this was from a Malaysiakini interview with Sirul, which you can read here.

However, we’ll either pour some cold water on your “hope for justice” or agree with your “anti-government propaganda” sentiments by saying that a “tell-all” doesn’t necessarily mean “declaration of truth”. There’s a chance that he might just want to bring certain people down with him, cause again, what else has he got to lose?

But whichever way you look at it, we’re just curious as to what he has to say.

With Altantuya’s (alleged) links to a few high-profile Malaysian figures, the added mystery of her death has led to many conspiracy theories. We curi dengar on some uncles at the kopitiam talking politik to see what “clues” there are to indicate that something fishy is going on. So yea, better have a  fistful of salt ready, cause… 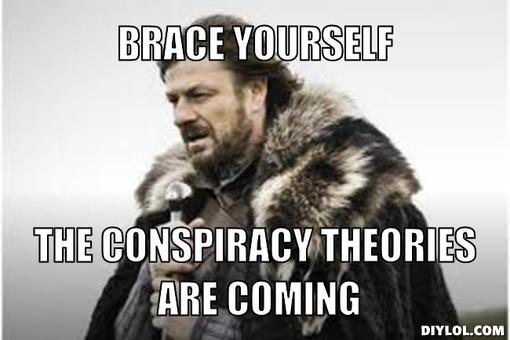 1. The trial has more plotholes than a Michael Bay movie

While there are a lot of things that can be said about the trial, we are going to focus on the two major ones that have the greatest effect on the outcome – the choice of judge and the last minute replacement of the deputy public prosecutor (DPP).

Some people have pointed out that the judge hearing the case, Mohd Zaki Mohd Yasin, wasn’t a full-fledged judge, but rather a “judge on probation” and therefore didn’t have the experience to handle such a high-profile case. The fact that it took him two years to come up with the judgement documents is either a sign of inexperience or that the judgement was written by someone else.

There was also quite a fuss when deputy public prosecutor Salehuddin Saidin was replaced by the attorney-general (AG) when he was seen playing badminton with judge Mohd Zaki Mohd Yasin. This came to light when another judge who was also playing badminton collapsed after a game, drawing attention to the group – no seriously we’re not making this up. Most lawyers are split on their opinions of the AG’s decision; especially considering that Salehuddin’s replacement, Tun Abdul Majid Hamzah is said to be close to the AG.

One of the weirder decisions made by the judge was to dismiss the motive for the killing from the trial, stating that:

“Whatever the motive was, it is a matter of law that the motive, although relevant, has never been the essential to constitute murder” – Judge Mohd Zaki Mohd Yasin, via The Borneo Post

This decision raised quite a few eyebrows as, well, everything has a motive if you look deep enough. Even the sexual self-fulfillment that serial killers like Albert Fish get can be seen as a motive depending on how you argue it, so the dismissal of motive was seen by some as a move to protect certain people in higher political power.

When news broke that Najib referred to Sirul’s claims that he was acting under the orders as “utter rubbish,” everyone went wild on social media.

So while you could say that the “utter rubbish” comment implies that Najib knows more than he’s telling, we’re thinking it could also just be an annoyed reply to annoying questions. However, when two close aides of a Prime Minister are implicated in a murder case, we think the public have the right to expect a little bit more explanation.

4. This is a conspiracy involving a former Malaysian Prime Minister

There are some sources that claim that the person using the Altantuya case to implicate then-Deputy Prime Minister Najib was…… *jeng jeng jeng* then-Prime Minister Abdullah Badawi. 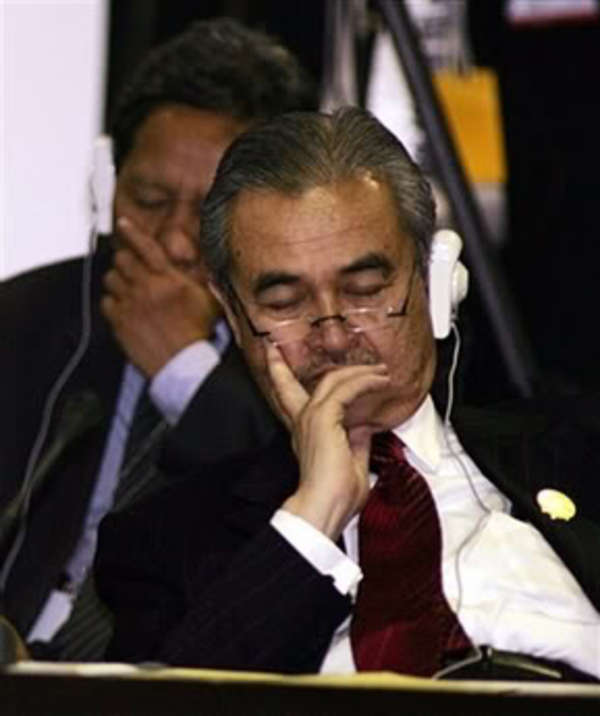 According to wikileaks, leaked communication from the US embassy in Malaysia hinted that Badawi may have been trying to get rid of Najib by forcing Razak Baginda to implicate him in the murder. This was evidenced by a sudden outburst from the usually-composed Razak Baginda who suddenly started kicking and punching the courtroom door while shouting “Matilah kau Pak Lah! Matilah Pak Lah! I am innocent! I am innocent!“.

While newspapers reported the incident, the quote was removed at the request of the Home Ministry with The Sun having to recall copies of their first print which carried the quote. Here’s a report from The Star, without said quote.

So what country-changing statement did Sirul make at today’s teleconference?

Yea…. the much-anticipated conference at the PAS headquarters today turned out to be a bit of a dud, with Sirul not responding to repeated phone calls at the agreed time, and calling back two hours later to say that he was okay and that he “wasn’t planning to say much”.

Of course, we don’t know what the reasons are for him not answering or suddenly deciding to not say much; or why the network coverage around the PAS headquarters was noted by several reporters to be “abnormally poor” today, but we suppose that’s a conspiracy theory for another time.

So what do you think? Does Sirul hold Malaysia’s fate in his hands, or are we just trying too hard with the clickbait titles? Better yet, let us know if you have come across any more conspiracy theories involving this case in the comments or by email to [email protected]. We might just compile them into an article 🙂