If there’s one thing that’s got Malaysians OBSESSED in recent years, it’s Korean Culture. Or more specifically, Korean Pop Culture. In fact, us Malaysians have such a such an affinity for Kpop that it’s taken over our radio stations, twitter trends, and at one point, even… our politicians’ political campaigns???

If you’re a Malaysian Kpop fan, chances are you might already know that Malaysia has its very own Kpop idol. But what if we told you that there are a few groups out there that might have been mistaken for Kpop acts… but are actually formed and comprised of Malaysians? Most of them were popular back in 2011, but who knows? You might even recognize some of them! Here’s who they are… 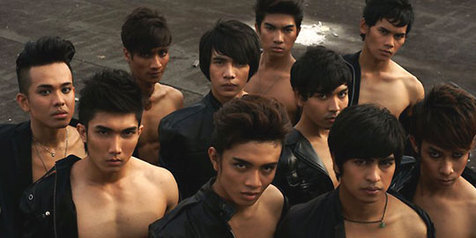 dem stares tho. Picture from KapanLagi.

Ahhh… There’s literally nothing else that screams “second generation Kpop” more than those hairstyles and… err.. outfits (or lack thereof). Seriously. Other than the early days of emo, the ‘side-swept bangs’ has never been more in trend.

Though their songs were sung exclusively in Malay, their style definitely exuded major Super Junior vibes, which is probably because they were inspired by Super Junior. And even though they might have been a hit amongst the ladies at the time, they got major flak for being a “wannabe kpop group”. So, they decided to rebrand themselves as an MPop (Malaysian Pop) group, and changed their name from MAX 24:7 to… Max 247, without the colon.

We scoured the net to find out more information on MAX 24:7 and where they are today, but it seems like they’ve disappeared from the internet past the year 2013. We do hope they kept that hair though.

Another one of the veterans in the Malaysian “Kpop” boyband scene was V.I.P. And no, V.I.P. does not stand for someone who’s very important, but “Versatility in Performance”. Which makes sense, considering that they’re dancing-and-singing idols.

Also formed in 2011, V.I.P. stole the hearts of their fans with hits like “Lagu Sedih” (Sad Song), “Kemarau” (Drought), “Selamanya” (Forever), and “Pasal Awek” (About girlfriend). The group was comprised of 5 members; Ryan, Yandy, Adam, Marlon, and Fadlan. Also, is it just us or do they kinda resemble… OKAY WAIT. Hear us out. We noticed that there were a few similarities/uncanny coincidences between V.I.P. and BIGBANG, that just make way too much sense: Unfortunately, their member Fadlan left V.I.P. in 2012 due to creative differences; leaving the remaining members Adam, Ryan, Yandy, and Marlon to continue as a 4-person group. However, after being on hiatus for years, they made their television comeback just last year. Goes to show that there’s really no such thing as age limits when it comes to boybands, huh?

And speaking of age limits… those poses tho. Picture from Megaboys FB.

Comprised of members Izuaf, Aiden, Darius, Luqman, and Affaoy, Mega Boys gained fame around 2013… but not for their original music. Despite releasing “Dengarkan” (Listen) in 2012, the song of theirs that really blew up was their  version of the song “Walks like Rihanna” by the Wanted, and the lyrics are really…. something.

Now, we can’t really tell if the song was made as a parody or if they were actually serious, but it’s actually pretty catchy and the lyric translations are pretty interesting to say the least. We’ll just drop the video below and let you decide.

NAH, BACA:
[UPDATED] Pudu-hole memes are all over Facebook. Send us more and win RM50! 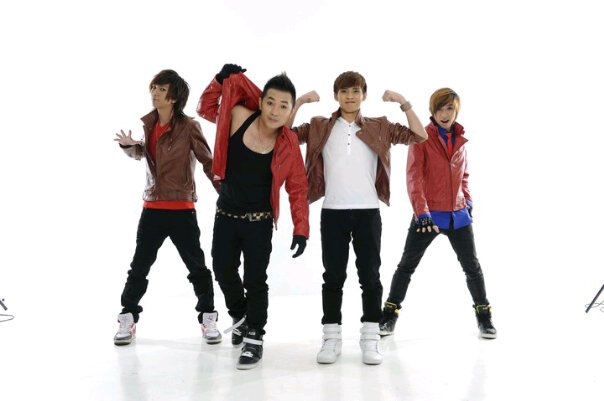 dat flexing tho. Image from TerowongInformasi.

People know Michael Jackson as the “King of Pop”, but Malaysia has laid its claim to the title of “Prince of Pop” with this boygroup that was formed in 2006. This probably makes them one of the first Kpop-but-not-Kpop groups in Malaysia!

Comprised of 4 members from Sabah; Aye, Benn, Aegy, and Vin, the group is apparently active to this day. They were initially named “Triple Prince”, but underwent a name change in 2007 to “Da’PrinZ”, and eventually “Prince of Pop” (P.O.P.).

They’ve released around 4 singles titled “Aku” (Me), “Baru Baru” (Latest), “Main Jauh Jauh” (Play far far), and “Siapa Aku Tanpamu” (Who am I without you), along with an EP titled “Ada Hiivai Dandi Toh & Nung Noilaan Ku” which is sung in the Dusun language. What a way to honor your heritage! Though most of the groups we mentioned before were mostly popular within the early 2010’s, here’s a group that’s been gaining insane popularity both locally and internationally since their debut in 2020. Comprised of members Sabronzo, Tabby, Angel, and Syasya, DOLLA broke into the scene and even attracted foreign media attention when they released their hit song “Impikan” (Dream).

Many people on the internet have been drawn to DOLLA for a number of reasons, but perhaps the biggest, most controversial reason yet is for their resemblance to popular Kpop group, BLACKPINK. Maybe it’s because of the similar number of members or because of the kind of style that they’ve adopted, DOLLA has been both loved and hated for sharing certain similarities to BLACKPINK, which they’ve actively denied.

“I know many people think that we’re copying the performance style of Blackpink. However, any similarities are coincidental. To me, I think DOLLA has a unique identity.” – Sabronzo, to Harian Metro.

But while all of these groups may share so many uncanny resemblances to Kpop groups, they’ve all generally stated that they are NOT under Kpop, but MPop. So, why do people still confuse them?

Pop music evolves over time, and Kpop music is IN TREND.

If you were to look at all the different artists that fall under the category of Mpop, you’d probably realize that they all have different styles and sounds despite being categorized in the same genre. And this is because like most forms of pop music, it’s evolved over time and taken on new sounds. Like back when our Malaysian music scene was heavily inspired by the J-rock and Visual Kei trends, before moving onto hip hop music, and now, Kpop.

At its core, pop music ultimately stands for “popular music”, but what’s defined as popular changes over time. And who knows? Maybe if we showed our local music scene more love, we might be able to make our local music the new trending thing for international artists instead! #Sapotlokal