Alright fellas, it’s time. The moment we’ve all been waiting for: the one, the only…budget season!

This time around, just like everything in 2020, the national budget is a little different this year. On the outset, we would all call it Budget 2021, or Belanjawan 2021. However, a lot of people have also been calling it the…Unity Budget 2021.

The term ‘Unity Budget’ has been floating around the news cycles recently, like a lot. Seriously, just look through the usual local news portals and you’ll definitely find yourself bombarded with Unity Budget here and Unity Budget there. And this week, Dewan Rakyat – or Parliament – has reconvened to discuss and debate the budget this year, as per usual.

But hold up, how is it different? What is a Unity Budget? Can eat one ah? See, usually, national budgets are drafted by the Finance Ministry with seemingly no input from the opposition, generally causing a lot of drama between the government and opposition.

But earlier this month, defying the norms, the Pakatan Harapan (PH) coalition proposed something called the Unity Budget, after having a meeting with our current Finance Minister Tengku Zafrul Abdul Aziz. So basically, they were proposing that both opposition and government work together, despite their differences, to overcome the catastrophe that is 2020 in the interest of the people.

““It is imperative that both the government and opposition come together to craft a Unity Budget that works for the people to help Malaysians overcome and survive the current Covid-19 recession.” – Lim Guan Eng, Mohamad Sabu, and Saifuddin Nasution, as quoted from Malaymail

Furthermore, our current Yang di-Pertuan Agong Al-Sultan Abdullah Ri’ayatuddin Al-Mustafa Billah Shah ibni Almarhum Sultan Haji Ahmad Shah Al-Musta’in Billah, or YDPA Sultan Abdullah in short, has also agreed with the sentiment. His Majesty advised for all politicians to put aside their political differences and focus on the welfare of the people in terms of the budget.

“Al-Sultan Abdullah urges all MPs to respect his decree advising them to immediately stop all political tussles and to instead focus on the welfare of the people and the wellness of the nation, so that the Budget 2021 can be passed without any interruption.” – Royal Household Comptroller Ahmad Fadil Shamsuddin, as quoted from NST 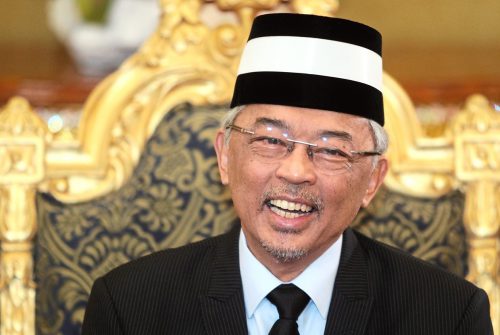 And it seemed that the government listened, because Zafrul has stated that he’s been meeting up MPs from different sides to listen to their suggestions and proposals. We don’t know who gave what proposal and how many proposals they submitted, but we do know that PH offered six major recommendations for it and UMNO offered 130 proposals.

While Zafrul has mentioned that the Finance Ministry will take into consideration all the proposals, it would also be impossible to include all suggestions and proposals in the Unity Budget.

“They agreed with my proposal and I came out with a statement on this last week that this budget must be expansionary. And most of the MPs from both sides agreed with me.” – Zafrul, as quoted from NST

Now, it sounds like something very unique, because rarely, if ever, have MPs come together to work on a national budget together. But the thing is…

Actually, Singapore has done it already In February 2020, Singapore unveiled Budget 2020 for its country, and S$6billion was portioned towards something called the “Unity Budget” as well. And, uh, you guessed it – the Unity Budget is meant to avert financial issues faced by Singaporeans due to Covid-19. Here’s how it worked: 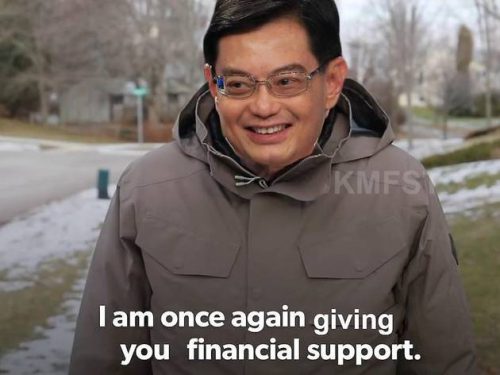 And it did work. Um, kinda. It’s been said that the Singaporean Unity Budget has been effective in helping to avert the projected economic losses faced by the country in 2020 and 2021, while also helping the citizens.

“We are facing unprecedented levels of uncertainty across various fronts.” – Singapore Financial Minister Heng Swee Keat, as quoted from The Straits Times

But it was certainly not a quick fix, which was why Singapore rolled out more stimulus packages after that. Plus, there are some concerns that Singapore will run out of funds eventually if they keep on announcing stimulus packages.

So, yes, in short, the Unity Budget in Singapore did work in some ways, but it wasn’t 100% effective. Wait, does that mean it won’t work in Malaysia? Well, in theory…

Analysts are saying Unity Budget can be effective in Malaysia

Yes, this writer watched the whole Budget Speech to give you all the juicy details, which you can watch in the video above.

So, to start with, it’s important to note that the Unity Budget 2021 is actually much larger in scale than Singapore’s, mainly because it’s a national budget, while Singapore’s actually only part of its national budget. In fact, one might even say Singapore’s was the first of many economic stimulus packages, followed by Solidarity, Resilience, and Fortitude Budgets.

And within it, the Finance Ministry has set aside RM17billion for something called the Covid-19 fund, with a plan to increase it by RM20billion, which would make it RM37billion for Covid-19 relief alone. Just that alone is more than what Singapore has injected into its Unity Budget, so, in theory, this should allow the Malaysian government to do more with the Unity Budget than Singapore.

And here’s how our very own Unity Budget 2021 works: Of course, these are only some of the main points that we caught on from Zafrul’s budget speech – you can actually read the rest of the highlights here.

“The Finance Ministry worked together with various ministries, political leaders, industrial leaders, academicians, and NGOs on this budget.” – Zafrul, as translated from TV3

By and large, it is a Unity Budget 2021, because the PN government worked with leaders from all political parties to put it together. In theory, economic analysts have stated that Unity Budget 2021 can work, because ultimately, its focus is helping the rakyat above all else, and with a bigger cash allocation at that.

“The Unity Budget 2021 should provide a win-win situation for all and must also have sustainable features and can be modified and improved for the coming years to revive the country’s micro and macro economy that have been severely affected.” – Universiti Malaysia Sabah senior researcher Syahruddin Awang Ahmad, as quoted from Malaysiakini

However, we’d like to stress that the budget is still not a done deal, because the MPs would have to debate and put it to a vote, and…

It can make or break the PN government Alright, so we’ve talked all about the financial aspects of the budget and how it can be more effective than the one in Singapore. But Unity Budget 2021 also carries with it heavy political implications. So much so that it can either keep the current administration going or collapse it entirely.

See, whenever a drafted budget gets tabled, the MPs will vote to either approve or disapprove it. If the drafted budget fails to get a majority vote in Dewan Rakyat, the government will either have to resign or dissolve the parliament entirely, which has never happened before. So basically, Muhyiddin Yassin’s career as Prime Minister hinges on this budget passing.

“You will see power struggles continue all the way to the budget vote.” – Singapore Institute of International Affairs senior fellow Oh Ei Sun, as quoted from Bloomberg

Thus far, AMANAH MPs claimed that they would support it if it’s in the rakyat’s interest, and BN has stated that it will support whatever budget that PN will table. However, Lim Guan Eng has warned PH will not support the budget if the administration rejects the six recommendations that we mentioned above.

Currently, there’s no telling how the budget votes would go, as Dewan Rakyat will start debating it next week and then put it to a vote. But still, we should cross our fingers and hope that all will go well, because what we definitely don’t need right now is another political crisis.

“If previously we could unanimously agree on the setting up of the Covid-19 Fund, many within and outside of this august House hope that this budget can bear witness to our unity for the sake of the people.” – Zafrul, as quoted from Malaysiakini