Space: the final frontier. Except it’s not, because Malaysia’s launched both satellites and people into space on and off since the year 2000, and soon(ish), we’re about to do it again courtesy of our Ministry of Science, Technology & Innovation (MOSTI). The Deputy Minister of MOSTI, Datuk Ahmad Amzad Hashim, said yesterday in Parliament that the Ministry is finetuning a blueprint called the Malaysia Space Exploration 2030 (Malaysia Space-X 2030). Said blueprint is a 10-year game plan to “drive growth” and “create a sustainable national space sector ecosystem”. What’s that actually mean, though? And does it have anything to do with Elon Musk, given its name?

To find out, we gave the Malaysian Space Agency (MYSA) a call… and they picked up. Like on the first ring. Crazy, we know. Eventually, the line got passed to a MYSA officer, Mr. Zul, who told us that… …and there’s a bunch of talking points on optimizing existing space-related facilities and agencies through the central authority of MYSA. As for the main takeaway – it’s really important for the country’s economy, military, agriculture and more that we continue to do stuff in space, which brings us to…

NAH, BACA:
Why have these silver boxes been sitting in KTM stations for YEARS?

We might be sending another satellite into space by 2030

In the same Parliamentary question-and-answer session yesterday, Datuk Ahmad Amzad Hashim clarified that there would be four major initiatives within the Malaysia Space-X 2030 framework, with the final one being efforts to contribute to the country’s economy and prosperity. That’s gonna be done via a combination of public-private partnership in the development of locally made satellite technology, growing downstream industries related to space tech and further expansion of the country’s space infrastructure. DO IT WE NEED MORE ACCURACY ON WAZE

Under the supervision of MYSA, satellite installation, integration and testing facilities are being developed in addition to the already existing satellite mission control facility in Bangi and remote sensing satellite data receiver station in Temerloh. Everything that’s being planned point towards one thing: Malaysia’s probably prepping to send another satellite into space by 2030. The implications are massive – at the very least, we’re talking about improved internet coverage, mapping technology, traffic navigation systems and better weather forecasting.

Does Malaysia Space-X 2030 have anything to do with Elon Musk?

While on the phone with En. Zul, the MYSA officer we mentioned earlier, we took the opportunity to ask whether Elon Musk has a hand in the Malaysia Space-X 2030 program… for obvious reasons. 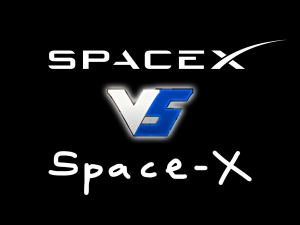 We can’t be the only ones who thought this, right?

The short answer: no. The long answer: nooooo. Turns out, Space-X is really just short for space exploration. Anticlimactic, but you know how it be with CILISOS and our clickbaity titles. This was the officer’s response to our question:

Well, it’s not like Elon Musk and SpaceX was NEVER involved with Malaysia’s space exploration efforts – in fact, we previously did an article about how SpaceX launched a rocket with a locally designed remote sensing satellite, RazakSAT earlier this year. Check it out here!