For us able-bodied people, a simple task like going from KLCC to your home on a rainy evening may leave you murmuring and complaining. Jam la. Must drive la. No proper public transport laaa.

But can you imagine what it would be like for a Malaysian who is… disabled?

“If a wheelchair user wants to go to Suria KLCC from Cheras, there are too many barriers in the built environment and public transport system that makes the journey impossible.

“RapidKL claimed they have 100 buses with ramps. However, the buses don’t allow wheelchair users to board. Even if they did, the bus stops are not suitable.” – Peter Tan, a disability rights advocate told The Nut Graph

While stories like that have been repeated a dozen times over, sometimes… it’s just not that easy for us able-bodied people to fully understand. So that’s why we at Cilisos stopped in our tracks when we stumbled upon this series of really creative comic about how little we think about the OKU community.

Our small annoyances are like massive roadblocks to the disabled It’s so easy for us to open the door but not for the OKU. Image taken from Azari Mat Yasir, Inktober 2016 album (Facebook) Counter so high how to see what’s on it? – Image taken from Azari Mat Yasir, Inktober 2016 album (Facebook) There is so much irony in this photo – Image taken from Azari Mat Yasir, Inktober 2016 album (Facebook) Bet you never thought of this one! – Image taken from Azari Mat Yasir, Inktober 2016 album (Facebook) Who would’ve thought that these simple things could negatively impact the OKU community so strongly? Well, Azari Mat Yasir did. As the artist behind these cartoons, he actually drew them as part of Inktober, a global arts movement which challenges art enthusiasts to draw one picture a day in October. As of today, the album has more than 1.9k responses and 8370 shares!

There’s a very simple reason as to why he feels so strongly towards the OKU community. No, it isn’t because he’s disabled. In fact, he’s PERFECTLY able-bodied, but…

… he believes that life can suddenly throw a flying brick. To your face.

Well, not literally, but you get what we mean.

“As a person, I’ve always believed that we are only temporarily able. There will be a point in our lives that we will become disabled or could no longer use our body as we used to.” – Azari Mat Yasir to CILISOS

The future is something so hard to see because it feels as if it’ll never actually happen. Especially when you’re younger this makes planning for it become difficult. That’s why a lot of us don’t really think that one day, we could actually end up in a wheelchair. Mr. Azari is the man in the black shirt standing – Image provided by Mr. Azari himself

Ever since young, he was taught to always ‘be ready for rainy days’. He started with simple stuff like saving money, sooner or later buying insurance should something happen to him in the future. But he also realised that insurance policies may help you with costs, but not a whole buncha really important things.

“So imagine a scenario where everything went to hell and you’re left with a permanent disability. You got the insurance money to cover for your immediate needs like wheelchair, stairlifts, bathroom fittings etc.

But what about when you go outside? Can you even get on the street of your house? Is there obstacles? What about your favourite shopping mall?” – Azari told Cilisos

And thankfully, Mr. Azari is at a position to make a change. As an architect lecturer in Universiti Teknologi Malaysia (UTM) by profession, he gets to share these concerns with his students. How? By introducing something called ‘Universal Design’. For those of you who garu-garu kepala never study architecture, we got you covered. Universal Design basically refers to design in the environment that fulfills every single person’s needs as much as possible. Universal Design makes things accessible for everyone as much as possible – Image taken from Azari Mat Yasir’s Inktober 2016 Facebook album.

As of 2012, there were reportedly 445,006 OKU-registered people. With population growth, you can only imagine how many more OKUs there are today. So if you put two and two together, wouldn’t it make sense for buildings, roads etc. to be designed with the OKUs in mind?

Well here’s the thing. Try googling OKU Design Guideline and take a look at the Malaysian Standard (a PDF will be downloaded into your computer). The first thing you’ll probably think of is… “Har, don’t understand oso!” Well that’s what Mr. Azari thought too.

OK, we don’t mean that he doesn’t understand what’s in the architecture guides. In his own words, the guidelines are “too mechanical and sanitized” because they tell architects WHAT to design, not WHY it’s designed that way. Why must the design be like this? Screenshot from Malaysian Standards “Yes, we have the standard and guideline that could assist architects to design for OKU, but I think it’s too mechanical and sanitized. It doesn’t explain why the guideline was that way, but merely just say “this is what you’re supposed to do” – Mr. Azari told Cilisos

That’s precisely why he searched further and found rationales to general designs of things… and that’s where his cartoons come in, as a way to point out the rationale of the guidelines.

Since his Facebook album got so much exposure, it has also given him the opportunity to introduce Universal Design as an additional module in the UTM Bachelor of Architecture Programme. And according to Mr. Azari, it isn’t a subject on it’s own but it is already in the syllabus.

There are many laws that state that architects must cater to the OKU community (e.g. The Uniform Building By-Law 34A (UBBL 34A) of the Street, Drainage and Building Act and Persons with Disabilities Act have already been enacted and Malaysia is even a signatory to the Convention on the Rights of Persons with Disabilities (CRPD)), but it seems like developers and companies aren’t taking these rules seriously enough.

“The disabled shouldn’t bear the cost of accessibility. They’ve already “been to hell”. The architects and the community MUST push the developers and local authorities to invest on this” – Mr. Azari to Cilisos

Had the rules been complied with, we may not see stuff like these… No ramps to go up onto the bus stop platforms. Image taken from The Star A drain right in front of a walkway. Image taken from another Cilisos article Adui, if got wheelchair then how to go up? And according to the UBBL, public buildings are all supposed to have OKU facilities. – Image taken from Senangcariinfo

And it’s not just Mr Azari who feels this way. Even an ex-KL mayor feels the same way.

“I have observed that many submitting agents and architects do not take the needs of OKU into consideration when designing a building. – Datuk Seri Ahmad Phesal Talib, (mayor of KL from 2012 to 2015) told the Star in 2015.

Architects can definitely help out… but so can you

We’re not just referring to those who are in Mr. Azari’s class. As Mr. Azari told us that we all live together as a community so we are responsible for one another. So why not use the skills we have to help each other out?

“The community is responsible for its members. Architects are one of the best people to make the environment as comfortable and accessible to everyone as possible.

In my opinion, Malaysia have started becoming more and more aware about disabilities and accessibility. But the voice is not strong enough to push the local authorities and government in general to make it a compulsory requirements” – Mr. Azari to Cilisos

So here are some simple solutions to what we’ve seen from the cartoons: Clear walkways that don’t block the path for the blind. Don’t la put gerai and all – Image taken from Transplanet Build ramps for platforms. Ramps with PROPER steepness too! Can connect the wheelchair to the bus straight – Image taken from The World Bank 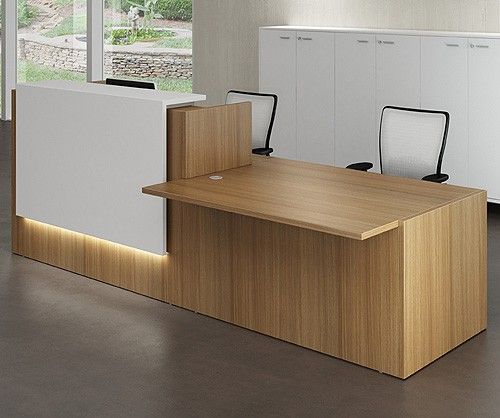 And perhaps the most important of all…. Be aware of those who are in need, and lending a helping hand without hesitance.- Image taken from Global Accessibility News

If you had enjoyed Mr. Azari’s cartoons, you can find more on his Facebook. In fact, these are not the last of them because he told us that he would be continuing with the series and hopes to compile his illustrations into a book.

And if you’re interested in Science, Mr. Azari is also a writer on Ini Sains Beb, a Facebook page where they share information about since through articles, videos and even cartoons.