Not bad at all, Malaysia Dodgeball Team, you make us so proud!]

Say ‘dodgeball‘ and you’ll think of the movie with Ben Stiller or the game we played during Pendidikan Jasmani. But what if we told you that Malaysia has a national dodgeball federation (Malaysian Dodgeball Federation a.k.a MDF), and that our players are pretty good compared to other countries? In fact, they’ve just had a flag-passing ceremony with YB Khairy yesterday! 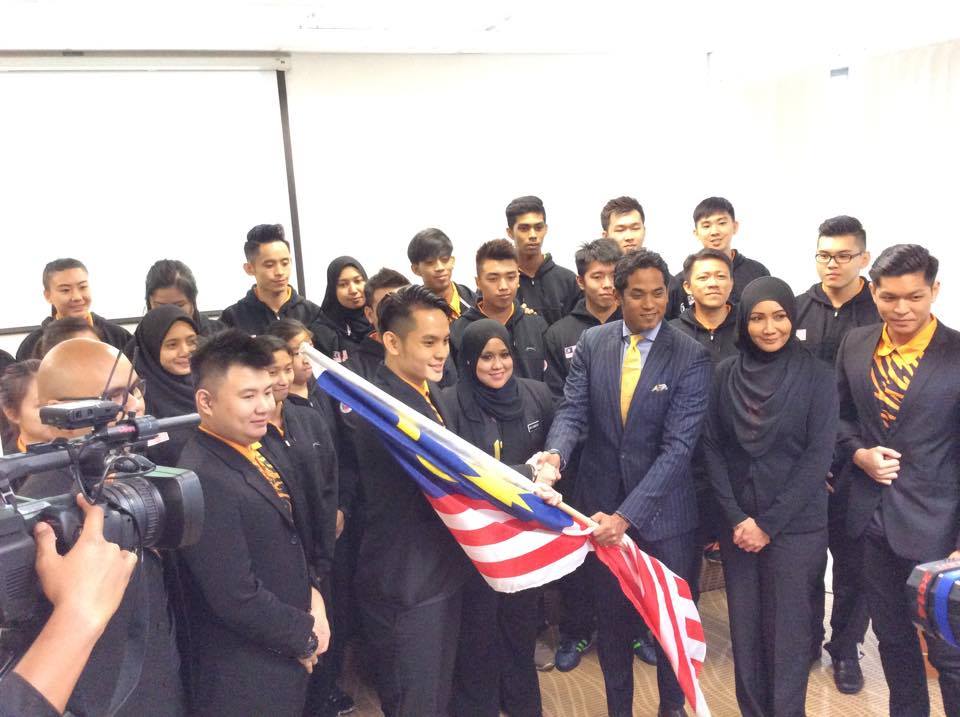 We felt like katak di bawah tempurung. The more we researched about dodgeball in Malaysia, the more surprised we were. Last year, the MDF competed at the 2015 Asian Dodgeball Championships in Melbourne and came home with silver for both the men and women’s team! It’s also not the first time we’ve been top 3 in an international championship. But that’s not all. As it turns out…

… Malaysia is representing THE WHOLE OF ASIA for the 2016 World Cup next week!!! That’s right! Geng leh… It was winning the 2015 Asian Dodgeball Championships that qualified Malaysia to compete in the 2016 Dodgeball World Cup in Manchester, England, from 16 April to 17 April. Not bad right our Malaysian team? So why isn’t anyone talking about them yet?

People think it’s a kid’s game, but it’s not…

No offence to BAM, but we think the Malaysian Dodgeball Federation (MDF) deserves some love too.

If you don’t know what dodgeball is, you haven’t been watching enough of American shows. Basically, there are two teams of six players who will aggressively throw balls at the opposing team, and the players have to… erm… dodge the ball. If the ball kena them, they are out. The team with the last man standing wins. There are men’s team, women’s team, and mixed team. Still confused? You can read more about the game here.

A lot of people think dodgeball is easy and all, but ugaiz gotta watch this mad, mad video. DOES THIS LOOK LIKE A KID’S GAME TO YOU?

Walaooo! If kena hit by the ball then how? 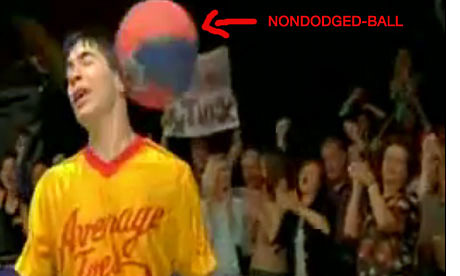 The pain is very real. Image from static.guim.co.uk.

We asked MDF Captain, Muhamad Heidy, at a training session and he said this: “Just imagine a ball flying at your face at 90km/h. What do you think?” Er… we think it’s very dangerous, but the players are all super chilled about it. They say things like this in the most tak kisah tone:

“My co-captain had a ball hit his left eye, the contact lens cut the eye and he couldn’t see anything for three months.”

“You get hurt, you bandage, you get over the trauma and play again lo.” – Quote from Sheryen who plays in the mixed team.

The players actually get hit in the face and body so much that they sudah biasa. Breaking a finger or an eye is rare as the players know the safest way to catch the ball, but it is unavoidable. So many of them have fractured fingers that it’s not a big deal anymore.

“It’s all about keeping alert and practicing your hand-eye co-ordination. You have to dodge the ball before it hits you.” says Heidy. “You will feel and guilty the first time you get hit. But after getting hit so many times, you’ll learn that if you don’t hit people, they will hit you.” 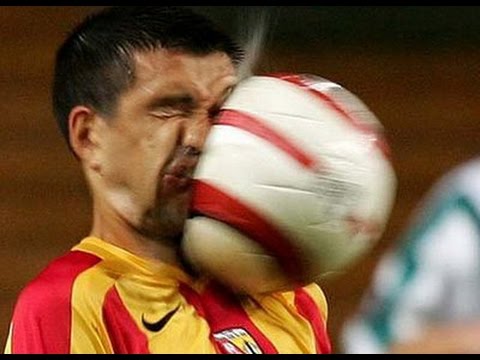 This is football, but err.. .he didn’t dodge la. Screengrab from YouTube user sicko 22m

If you ever watch a dodgeball game, you will see that it’s not about hurting each other, but about fun, teamwork and respect. It doesn’t matter how good of a thrower or catcher you are – if your team does not back you up, you and the whole team will kantoi. But to learn how to protect and take care of each other, they have to first attack each other during training. Behind all the ganas and kiasu-ness, there is actually a lot of love amongst them.

Life lessons from Dodgeball The Movie. Image from Giphy.

The fact that the team is so young is one of Heidy’s biggest concern. That’s not all, this is also the FIRST Dodgeball World Cup ever in the history of the entire universe. The team does not know their playing level compared to the other countries, and have absolutely no idea what to expect other than Manchester will be very cold (16 °Celsius!).

According to Heidy, dodgeball has actually been in Malaysia for about 8 years though it is mostly played in colleges and universities. Universities often have matches against each other, which can get pretty intense as you can see in the super kancheong video above. Heidi told us that the rivalry between university teams are so strong that they wouldn’t look each other in the eye when they say hi.

It was when they qualified for the World Cup that they applied to the Youth and Sports Ministry to start a legit national team. And that, kids, was how the Malaysian Dodgeball Federation was born. So technically our dodgeball national team is only 4 months old. The national players selected all used to be top players in their university.

Since they’ve made it to the World Cup, the MDF team captains designed their own fitness and training programme based on their experience playing not only dodgeball but all the other balls (we mean football and basketball la 😎 ). There is a lot of hand-eye coordination training and a lot of throwing balls at each other. In one drill, we saw two players aiming a ball each at their teammate and throwing it as hard as they can. Imagine you are on the receiving end of not one but two powerful balls flying straight at you; you have to catch or dodge. That sounds more scary than fun to be honest… To get used to the cold Manchester, the team has body conditioning training – 5am swims in freezing cold river water. They also had team building exercises like camping and midnight jungle trekking. Now THAT sounds fun.

They’re making our country proud, so why aren’t they getting enough love?

Dodgeball took so long to come up in Malaysia because there was a lack of government and monetary support before this.

“A lot of people didn’t take dodgeball seriously as well because they think it is a game for kids.” – Heidy

One of the reasons why people didn’t take dodgeball seriously… Image from Toronto Sun.

It did start as a university sports activity, but for the players wearing the Jalur Gemilang on their hearts, the game has evolved into something bigger than themselves.

“Our team is made up of players from different backgrounds, race, and beliefs, but we are one family united by the love for Malaysia. I’ve seen how the motivation to make Malaysia proud has pushed our players to train harder and play better, it has made us better players. We want to show Malaysians and the world what it means to be a true family of different race and religion,” Heidy.

But with or without love, the pressure is real. “We are not going to give anything less than the best,” says Heidy. They are determined to be crowned Dodgeball World Cup Champions and bring the silver cup back home to Malaysia. Because gold cup trophy are too mainstream.

The silver plate will mean more than just putting Malaysia on the map. Winning the World Cup will give dodgeball a chance to be properly developed in Malaysia, so one day it could be placed among the ranks of badminton and squash.

MDF has big plans for the sport in Malaysia, they want dodgeball to be played in all schools and universities, and for it to be competed in Sukma by 2020. Sukma today, Commonwealth and Olympics in the next seven to 10 years!

CILISOS.MY wishes the Malaysian Dodgeball Federation good luck at the World Cup! Show your love for our national team in England ugaiz. How can you not when their video has so much heart: