In the blink of an eye, we’ve almost reached the end of October, and it will be the first birthday of Covid-19 in a little more than a month. Think about it – it’s been almost a year, and we have yet to find a proper cure to the virus; sometimes, we just gotta give it to Covid-19 for being so resilient.

However, despite the lack of a cure or a vaccine right now, Malaysia has been pretty proactive in looking for methods that can tackle Covid-19, ranging from drugs like remdesevir to studying the blood of those who successfully defeated the virus. And just recently, our  Health Director-General (DG) Dr. Noor Hisham Abdullah has made a statement that there’s only one drug so far that’s been proven effective in treating Covid-19, and it’s something called Dexamethasone.

“Dexamethasone, which is used to treat pneumonia, is more effective. That’s all from the report for now.” – Dr. Noor Hisham, as quoted from The Star

Some good news for y’all? Headline from Malaysiakini

Wait, what? Dexame-what-now? Alright, repeat after us, it’s De-xa-me-tha-sone. Dr. Noor Hisham’s statement came after the World Health Organization (WHO) announced the same thing, vouching for Dexamethasone as the only effective drug against Covid-19 as of today. Even US President Donald Trump himself was treated with Dexamethasone.

Alright, great! Finally, a cure! Um, not exactly. While it’s shown to be pretty effective against Covid-19…

Dexamethasone is actually a steroid, but not the buff-up kind 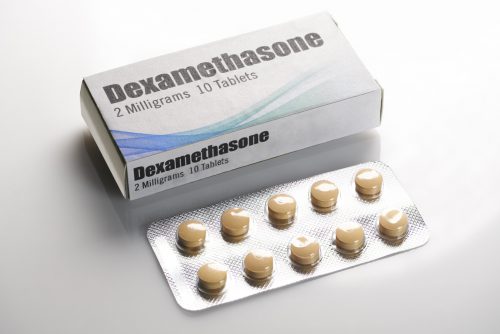 Now, we wouldn’t profess to be experts in this field, so we actually contacted a doctor and two pharmacists to clear things up for us, and they are:

And all of them clarified with us that Dexamethasone’s actually a steroid, and it belongs in the corticosteroid category. When you think about steroids, you’ll probably think about the stuff that athletes sometimes take to buff up to be their dream man The Rock, and you’re not wrong, but that actually comes under anabolic steroids.

Corticosteroid, however, doesn’t do that. According to Munaver, Dexamethasone, a corticosteroid, is generally used to prevent or combat inflammation in the body. Basically, it keeps your immune system from going into overdrive and make substances that’ll cause inflammation. It’s apparently especially effective in respiratory issues, which we’ll talk more about later.

“It’s very potent and it works in reducing pain, inflammation, allergic reactions, fever, improve appetite, and increase energy levels. It can make a big difference to some patients.” – Dr. Tan, in an interview with Cilisos

And unlike a lot of other drugs that have been used in Covid-19 trials, like remdesevir, Dr. Choe told us that Dexamethasone’s an old medicine that’s existed since the 1960s, meaning that it’s widely available everywhere. In fact, you can probably purchase it at only RM5 per 10 tablets.

However, despite the effectiveness of Dexamethasone…

It’s said to be pretty dangerous when used wrongly The thing is, while Dexamethasone’s proven to be an effective drug, there have been times when it’s said that Dexamethasone can actually cause more harm than good in certain patients.

Before Covid-19, there were the Severe Acute Respiratory Syndrome (SARS) and Middle East Respiratory Syndrome (MERS), both of which are forms of coronavirus. We suppose you can say that they’re the big brothers of Covid-19, except Covid-19 has wreaked more havoc than the other two had. And back then, doctors have also tried administering Dexamethasone with SARS and MERS patients.

This is because coronavirus patients – be it SARS, MERS, or Covid-19 – tend to experience difficulty of breathing as a symptom, and as we’ve mentioned above, Dexamethasone can be pretty effective with respiratory problems. However, as it turns out, the usage of the drug didn’t work quite as well with SARS or MERS as expected.

“…have failed to provide a benefit in other viral epidemics, such as respiratory syncytial virus (RSV) infection, influenza infection, SARS, and MERS.” – Dr. David J. Cennimo, as quoted from Medscape

In a lot of cases, it was found that Dexamethasone virtually did nothing for either SARS or MERS. In fact, some studies have even found that the drug might have further inflicted organ damage on the patients. The lungs of a SARS-infected mouse showed no difference to one that’s treated with Dexamethasone. Image from European Respiratory Journal

As such, when WHO announced that Dexamethasone’s the only effective drug against Covid-19 at the moment, some doctors were kind of skeptical. Some of them even went so far as protesting the widespread administration of Dexamethasone until there’s a large enough clinical evidence to prove that it’s useful.

“Even medical professionals are not really well-versed in how it works against Covid-19 right now.” – Munaver

In addition, just like any other drugs, Dexamethasone comes with its own array of side effects. It’s actually a really long list of side effects, which you can read about here.

“When doctors prescribe Dexamethasone to patients, it’s always a risk vs benefit situation that a doctors have to weigh up.” – Dr. Tan

At the end of the day, Dexamethasone is ultimately a drug that’s approved by the National Pharmaceutical Regulatory Agency (NPRA). And even before Covid-19, doctors have been prescribing it to patients after they’ve really made sure that the patients need it. But Dr. Tan told us that it’s best to avoid it unless absolutely necessary.

Still, now that Dr. Noor Hisham’s voiced out his support for Dexamethasone, especially in tackling Covid-19… Well, now, pharmacists are afraid that the same thing will happen to the availability of Dexamethasone in Malaysia, which may lead to another irrational price hike, such as the one we faced with face masks and hand sanitizers.

“For now, there’s no supply problem yet. But after Trump’s treatment and Dr. Noor Hisham’s announcement, we have to be wary.” – Dr. Choe

And these pharmacists aren’t exactly wrong to be concerned. In fact, it was reported that Dexamethasone already saw a price hike of 137% in the US. Not just that, American drug suppliers are apparently now struggling to keep up with the surge in demand for the drug since WHO came forward to vouch for it. 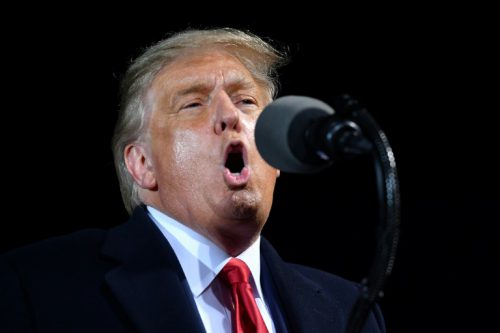 Donald Trump was one of the lucky ones to have recovered from Covid-19. Image from Bangkok Post

According to Dr. Choe, there’s no telling whether the same thing will happen to the supplies of Dexamethasone in Malaysia. Plus, the fact that Malaysia mostly sources ingredients to make the drug from overseas certainly didn’t help.

“When there’s a sudden demand, we’ll have to rush the supply, but that can’t be done because we don’t have raw materials. We mainly source from China and India.” – Dr. Choe

But there is one silver lining in all these, and it’s that one cannot just go to a pharmacy and buy Dexamethasone. Munaver told us that Dexamethasone is a Group B drug, which means that pharmacies cannot simply distribute them without a doctor’s prescription.

This means that people won’t panic buy Dexamethasone like they did with face masks, leaving enough supplies for now for those who really need it. Still, pharmacists won’t rule out that they might run low eventually.

“We don’t know when the third wave will end. The government should start engaging with the private sector and manufacturers to make sure that we have a supply and control the prices before it inevitably shoots up.” – Dr. Choe

But of course, given that the usage of Dexamethasone in Covid-19 cases is still in its early stages, it’s advised that…

Dexamethasone should only be limited to the severe cases One thing that you should know is that Dexamethasone doesn’t exactly destroy the Covid-19 virus itself. Instead, what it does is reduce inflammation in severe cases. And by severe, we mean the patients whose immune system has attacked them so badly that they have to be placed under ventilators to help them survive, and more of then than not, they don’t.

When studies came out and claimed that Dexamethasone has been effective, they actually meant that Dexamethasone was effective in helping them reduce inflammation, which in turn would help them increase their survival rate. In fact, it managed to reduce mortality rate by around 30%.

So, you see, even though Dexamethasone’s a widely used drug across the world, even in Malaysia, there are still some debates about it, especially in terms of Covid-19. Even for normal illnesses that are not Covid-19, Dr. Tan told us that they would weigh their options and not recommend it for long-term use.

However, given that we’re still kinda scrambling for cures and vaccines right now, it seems that Dexamethasone is the only option to prevent Covid-19 patients from dying. Still, Dr. Noor Hisham has advised against self-medicating with Dexamethasone. He also further recommended that it only be used for advanced Covid-19 cases.

“We must be careful in terms of the usage of this medicine as it has its side effects and complications as well. We can use it but the recommendation is for advanced cases.” – Dr. Noor Hisham, as quoted from The Edge

Share this article:
NAH, BACA:
Malaysia's movement control closed down all schools. So why hasn't Singapore done so?